A Plethora Of US-China Disputes

The United States (US) and China are at loggerheads over a long list of issues, from the cause of the novel coronavirus to Hong Kong, and trade.An overview, after Washington ordered the closure of the Chinese consulate in Houston within 72 hours, accusing it of being a centre for spies.CoronavirusWashington and Beijing have been engaged in a war of words over who is to blame for the novel coronavirus, since Trump described it as a "Chinese" virus in March.China's Foreign minist This year marks one of the most important years for ASEAN’s geopolitical landscape. During the plenary session of the 34th ASEAN Summit in June, all member states agreed to adopt the ASEAN Outlook on the Indo-Pacific. The brief five-page document emphasised the ASEAN led mechanism in dealing with strategic issues in the Indo-Pacific region. More than 16,000 scared residents have fled an unrest-hit city in Indonesia's Papua region, the military said Monday, as one of the deadliest eruptions of violence in years sparked calls for an independent probe.Several dozen people were killed when violence broke out in Wamena city last month, with some victims burned alive when buildings were ablaze, and others stabbed in the chaos, according to authorities.Since mid-August, Papua has been hit by waves of mass protests and violence fue 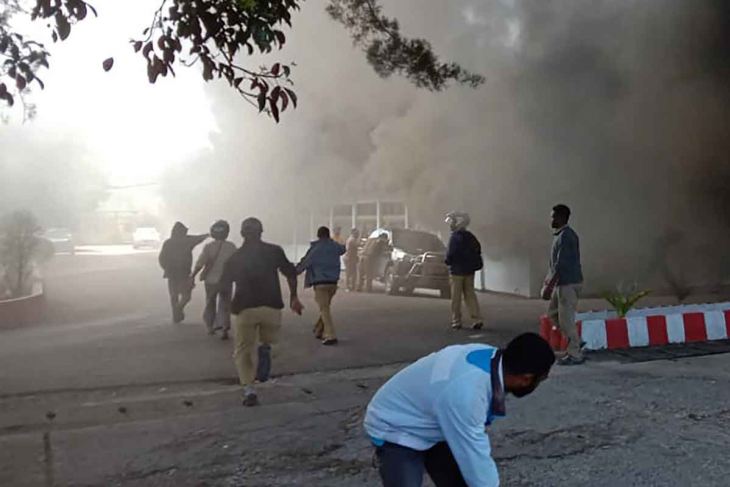 At least 20 people were killed and dozens more injured as fresh unrest erupted in Indonesia's restive Papua region Monday, with some victims burned to death in buildings set ablaze by protesters, authorities said.Papua, on the western half of New Guinea island, has been gripped by weeks of violent protests fuelled by anger over racism, as well as fresh calls for self-rule in the impoverished territory.Sixteen people were killed in Wamena city where hundreds demonstrated and burned down a A toddler and teenager were among three people killed in a gunfight between security forces and independence-seeking rebels in Indonesia's restive Papua region, the military said Thursday.The deadly clash comes after mass demonstrations and violence gripped Papua - on the western half of New Guinea island - fuelled by anger over racism and fresh calls for self-rule in Indonesia's easternmost territory.The military said three civilians were killed, including a toddler and teenager, w Man left in a coma after Thai interrogation dies

A Muslim man left in a coma after being interrogated at a notorious Thai detention centre died Sunday, as pressure mounts on the army to release further findings of a probe into the case.Abdulloh Esormusor, a suspected rebel from the country's restive south died early Sunday morning, more than a month after he was taken to the Inkayuth military camp, his cousin Mohammatrahmat Mamu told reporters.&nbsp;The army could not immediately be reached for comment but previously said Abdulloh& Recently, Thai authorities confirmed that four more people were killed&nbsp;in a late-night attack by Muslim insurgents on a military outpost in the south. Four people were killed in a late-night attack by Muslim insurgents on a military outpost in Thailand's violence-wracked south, authorities said Wednesday, as dramatic footage emerged showing security forces diving for cover from a hail of gunfire and a grenade blast.The attack comes as anger snowballs over the case of a Muslim rebel suspect who was left in a critical condition after spending several hours in a notorious army interrogation unit.&nbsp;The 15-year conflict in the Malay 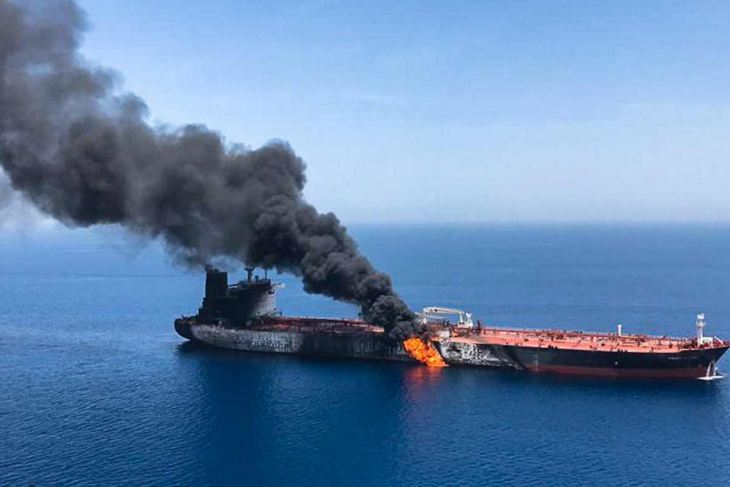 What we know about the Gulf tanker attacks

Suspected attacks left two tankers in flames in the Gulf of Oman, bumping up oil prices and further raising regional tensions triggered by a bitter United States (US)-Iran standoff.The strikes on Thursday follow last month's sabotage attacks on four ships off the United Arab Emirates (UAE) that Washington blamed on Tehran.Amid rising fears of a conflict, here is what we know:What happened?In the early daylight hours of Thursday, two vessels transiting through the Strait of Hormuz towards Just 10 countries were responsible for three-quarters of a global surge in measles cases last year, the United Nations (UN) children's agency said Friday, including one of the world's richest nations, France.98 countries reported more cases of measles in 2018 compared with 2017, and the world body warned that conflict, complacency and the growing anti-vaccine movement threatened to undo decades of work to tame the disease."This is a wakeup call. Only a few years ago Beyonce and Jay-Z were posing for photos among Myanmar's famed temples, heralding the former junta-run country's rise as one of the hottest new tourist destinations on the map.But that dream is cracking as images of burnt villages and Muslim Rohingya fleeing army-led violence in western Rakhine shock the globe, sparking outrage over a staggering scale of human suffering that has festered along the border.Ever since the bloodshed broke out in late August, tourism Cradling her baby in a muddy tent camp, Jamalia Pindaton has no idea if she can return home to Marawi in the southern Philippines after the end of a five-month war launched by Islamic State supporters.More than 350,000 people from in and around Marawi, the mainly Catholic Philippines' Islamic capital, were displaced because of the conflict, which ended on Monday when soldiers killed the remaining gunmen inside a mosque.But, with the eastern half of Marawi almost totally destroyed and wor