Corruption Amid A Pandemic

Corruption in the Philippines is not something novel as the coronavirus that is plaguing the country and the world at large. It is rather an endemic, deep-seated, and deep-rooted virus that has afflicted the country since time immemorial. Malaysia's ex-finance minister, now a key opposition figure, was charged with corruption Friday over a US$1.5 billion construction project, the latest government critic to be targeted since a scandal-plagued party returned to power.Lim Guan Eng is the highest-profile figure yet to face a criminal probe in a sweeping crackdown on dissent launched by the new administration, and says the case against him is politically motivated.A crowd of journalists and supporters, including fellow MPs, w 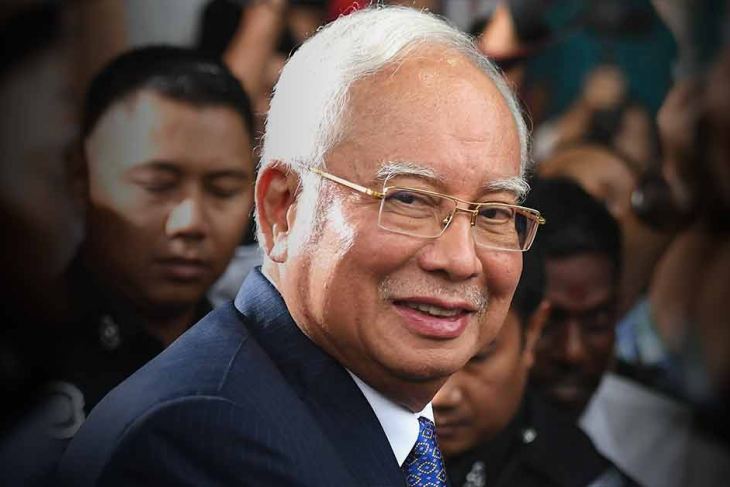 A Malaysian court will hand down its verdict in Najib Razak's first corruption trial on Tuesday, nearly 16 months after it began probing the former prime minister's role in the multi-billion-dollar 1MDB scandal.Najib and his inner circle are accused of plundering sovereign wealth fund 1Malaysia Development Berhad in a mind-boggling fraud that stretched around the world.Stolen cash was allegedly used to bankroll Hollywood hit "The Wolf of Wall Street", starring Leonardo DiC 2020 is supposed to be a vibrant democratic year for a number of regions in Indonesia. It has been scheduled that on 23 September this year voters in approximately nine provinces, 24 regencies, and 37 cities throughout the archipelago will go to polling stations and decide their next local leaders. On 26 January, Cambodian student Kong Bunrith posted a video on Facebook accusing senior officials in the country’s Ministry of Justice of allegedly taking bribes. Kong had claimed that some of his peers paid up to US$150,000 in bribes to secure passing grades.The municipal court has since summoned him for questioning over accusations of public defamation, slander and incitement to discriminate. A rot in Cambodia’s education system?

Yesterday, the ASEAN Post published an article on allegations made by a Cambodian student regarding corruption in his school.&nbsp;On 26 January, the student, Kong Bunrith, posted a video on Facebook which supposedly accused the country’s Ministry of Justice senior officials of taking bribes.

Malaysia's former first lady, who allegedly bankrolled a luxurious lifestyle with kickbacks and stolen public money, went on trial Wednesday for corruption for the first time since her husband lost power.Rosmah Mansor, notorious for making overseas shopping trips and owning vast collections of handbags and jewellery, became a lightning rod for public anger as the government of prime minister Najib Razak was engulfed by corruption allegations.Her husband's long-ruling coalition suffe The former chief police enforcer of Philippine President Rodrigo Duterte's deadly war on drugs will be charged with corruption for allegedly protecting officers linked to the narcotics trade, the justice department said Thursday.Oscar Albayalde resigned in October after serving as Philippine police chief for more than a year, having presided over an anti-narcotics crackdown that left thousands of drug suspects dead.The episode that led to his sudden fall from grace cast an unwelcome ligh The fugitive Malaysian financier at the centre of a multi-billion-dollar corruption scandal insisted he had not led the plundering of the 1Malaysia Development Berhad (1MDB) fund, a report said Monday.Low Taek Jho - commonly known as Jho Low - has been charged in Malaysia and the US for allegedly playing a major role in the theft of billions of dollars from sovereign wealth fund 1MDB.Looted money was used to buy everything from a super-yacht to art, in a fraud that allegedly involved former l A court in Vietnam sentenced a former communications minister to life in prison Saturday for receiving millions of dollars in bribes, as the hardline administration presses its anti-graft drive against once-powerful figures in the communist state.Nguyen Bac Son was charged alongside his then-deputy Truong Minh Tuan with receiving US$3.2 million in bribes to approve the 2015 purchase of a TV firm that would have lost state-run telecommunications firm Mobifone US$300 million.The two-week trial Former Malaysian leader Najib Razak will take the stand to defend his conduct in the 1MDB scandal Tuesday, as the first of several trials linked to the multi-billion-dollar fraud enters a crucial stage.Huge sums were stolen from sovereign wealth fund 1Malaysia Development Berhad, allegedly by the ex-prime minister and his cronies, and spent on everything from high-end real estate to artwork.His coalition was ousted at the polls last year after six decades in power, largely due to public anger