A new US$6 billion Chinese-built railway line opens in Lao this week, bringing hopes of an economic boost to the reclusive nation, but experts are questioning the benefits of a project that has seen thousands of farmers evicted from their land.The 414-kilometre route, due to open on 3 December, took five years to construct under China's trillion-dollar Belt and Road Initiative (BRI), which funds infrastructure projects aimed at increasing Beijing's clout globally.Struggling strawber Several European nations on Saturday announced their first cases of a highly infectious new coronavirus strain, as governments worldwide began pulling down the shutters to contain the new Omicron variant.Britain, Germany and Italy confirmed their first cases of the new COVID-19 strain, while Dutch authorities quarantined 61 passengers from South Africa who tested positive for COVID-19.South Africa complained it was being punished with air travel bans for having first detected the strain, whic Our Response To COVID Cannot Be One Size-Fits-All

Today we can say that we are entering into a new phase of the COVID-19 pandemic, with many of the countries that have been worst affected by the virus - such as the United Kingdom (UK) - having vaccinated enough of their vulnerable patients and health staff to avoid the worst of the pressure on their health systems, even though the virus continues to widely circulate.&nbsp;With more than a billion vaccines made a month, there should theoretically be enough for everyone.There is, however, More than 50 European and Asian leaders called for vaccine equity Friday at a virtual summit as a new COVID-19 variant was detected in South Africa.The two-day 13th summit of the Asia-Europe Meeting, hosted by Cambodian leader Hun Sen, came as nations raced to slow the spread of the new more infectious strain – known as B.1.1.529 – that scientists fear could be more resistant to vaccines.Globally, coronavirus jab distribution has been unequal with poorer nations' vaccination rates remain The World Health Organization (WHO) on Friday declared the recently-discovered B.1.1.529 strain of COVID-19, first detected in southern Africa, to be a variant of concern and renamed it Omicron.The classification puts Omicron into the most-troubling category of COVID-19 variants, along with the globally-dominant Delta, plus its weaker rivals Alpha, Beta and Gamma.Nations rushed to ban flights to slow the spread of Omicron on Friday, while stock markets and oil prices plunged on fears surround The United Kingdom's Health Security Agency says its analysis of English data shows COVID vaccines are safe in pregnancy, reinforcing international evidence.The agency found similar rates of stillbirths and preterm births for vaccinated and unvaccinated mothers.Researchers say women should feel confident the jabs will help protect them and urge more to take them.Their report shows just 22 percent of women who gave birth in August had had at least one jab.Since mid-April, mothers-to-be ha The son and namesake of the Philippines' former dictator Ferdinand Marcos said Tuesday he took a cocaine test after President Rodrigo Duterte accused an unnamed presidential candidate of using the illegal drug.Marcos Jr, who is among the frontrunners seeking to succeed Duterte in 2022, said in a statement he was tested Monday and had submitted the result to three police agencies.He told a local broadcaster he had tested negative."I really don't feel that I am the one being allu Scientists in South Africa said Thursday they had detected a new COVID-19 variant with a large number of mutations, blaming it for a surge in infection numbers.The number of daily infections in Africa's hardest-hit country has increased tenfold since the start of the month.&nbsp;In response, Britain banned all travel from the country and five other southern African nations as concerns grow about the new variant, which scientists say could be more infectious than Delta and more resist Scientists have said a new COVID variant that carries an “extremely high number” of mutations may drive further waves of disease by evading the body’s defences.Only 10 cases in three countries have been confirmed by genomic sequencing, but the variant has sparked serious concern among some researchers because a number of the mutations may help the virus evade immunity.The B.1.1.529 variant has 32 mutations in the spike protein, the part of the virus that most vaccines use to prime the immune 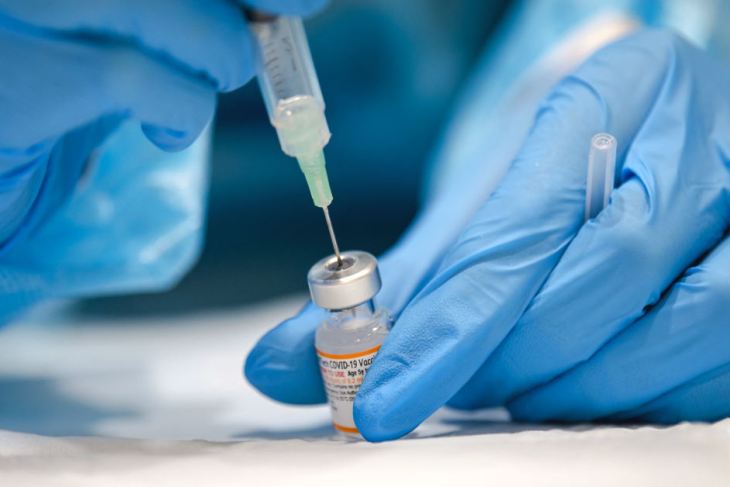 Vaccines Reduce COVID Transmission By 40%: WHO

COVID vaccines reduce transmission of the dominant Delta variant by about 40 percent, the World Health Organization (WHO) said Wednesday, warning that people were falling into a false sense of security concerning jabs.The WHO's director-general Tedros Adhanom Ghebreyesus said many vaccinated people were wrongly thinking the jab meant they no longer needed to take any other precautions.Fully-immunised people must stick with measures to avoid catching the virus and passing it on, Tedros in The backers of Sputnik V on Wednesday said the Russian vaccine provides longer immunity against coronavirus than Western jabs using messenger RNA (mRNA) technology.The Russian Direct Investment Fund (RDIF), which supported the vaccine's development, said the Sputnik vaccine is 80 percent effective against coronavirus between six and eight months after the second dose.The country has recorded more than 9.4 million coronavirus cases, the fifth-highest number in the world, and more than 267 Is India Past The Worst Of COVID Pandemic?

On Tuesday, India reported 7,579 coronavirus cases - the lowest rise in 543 days, despite huge festival gatherings in recent weeks.“Even after [Hindu festival of] Diwali, we are not seeing a surge,” Dr M D Gupte, former director of National Institute of Epidemiology, was quoted as saying in media reports, attributing it mainly to the presence of antibodies in a huge majority of Indians through natural infection.“I think we are much safer now,” Gupte said.According to government surveys, nearl