North Korean leader Kim Jong-un issued a rare apology Friday over what he described as the "unexpected and disgraceful" killing of a South Korean at sea, Seoul's presidential office said.Apologies from the North – let alone attributed to Kim personally – are extremely unusual, and the message comes with inter-Korean ties in a deep freeze, and amid a standoff in nuclear negotiations between Pyongyang and Washington.Analysts said the North was looking to placate its neighbour aft North Korea criticised Donald Trump in a stinging denunciation of the United States (US) on Friday, the second anniversary of a landmark summit in Singapore where the US president shook hands with leader Kim Jong-un.It was the latest in a series of vitriolic statements from Pyongyang aimed at both Washington and Seoul, and came a day after the North implicitly threatened to disrupt November's election if the US did not stay out of inter-Korean affairs. 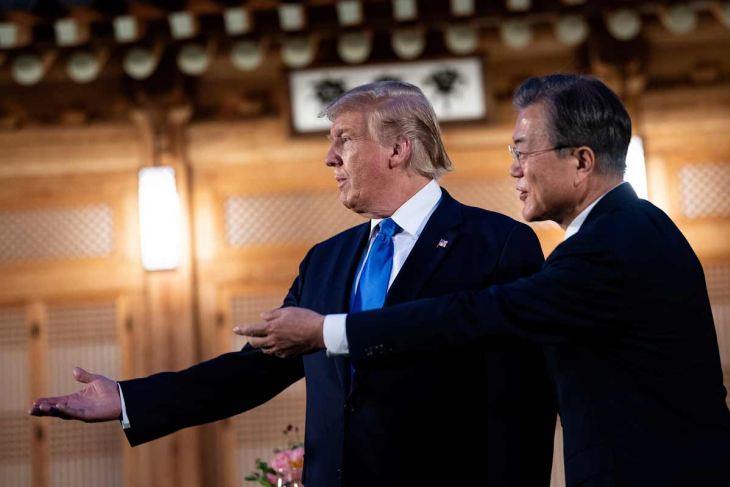 United States (US) President Donald Trump on Saturday invited North Korean leader Kim Jong-un to meet for a historic handshake at the demilitarised zone (DMZ) that divides the Korean peninsula, and said he would have "no problem" stepping over the border.The invitation issued on Twitter caught observers by surprise. 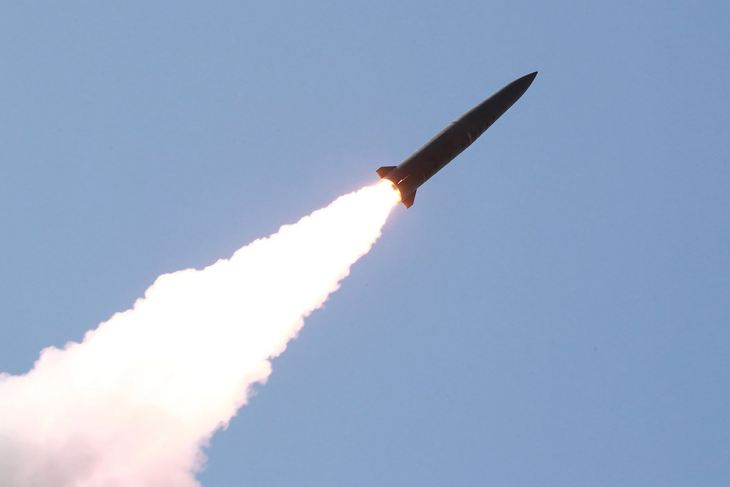 A practical way to deal with North Korea

The path to peace on the Korean Peninsula remains as perilous as ever. North Korea is once again pressing the boundaries of what it can get away with, returning to missile tests this week in violation of international sanctions championed by United States (US) President Donald Trump. North and South Korea Saturday struck different notes as they marked the first anniversary of a summit between their leaders that fuelled a whirlwind of diplomacy which has died down amid a deadlock over Pyongyang's denuclearisation.Kim Jong-un and President Moon Jae-in held their first meeting on 27 April last year in the Demilitarised Zone (DMZ) dividing the peninsula amid a rapid diplomatic thaw, paving the way for a historic summit between Kim and United States (US) President Donald South Korean President Moon Jae-in travels to Pyongyang this week for his third summit with Kim Jong-un, looking to break the deadlock in nuclear talks between North Korea and the United States (US).Moon - whose own parents fled the North during the 1950-53 Korean War - flies north on Tuesday for a three-day trip, following in the footsteps of his predecessors Kim Dae-jung in 2000 and mentor Roh Moo-hyun in 2007. Kim Jong Un called for “a new history of peace and prosperity” after becoming the first North Korean leader to enter South Korea to hold talks over his nuclear weapons programme.At 9:30 a.m. local time, a smiling Kim - dressed in a black Mao suit - was greeted by South Korean President Moon Jae-in at Panmunjom village before stepping across a concrete slab marking the border. 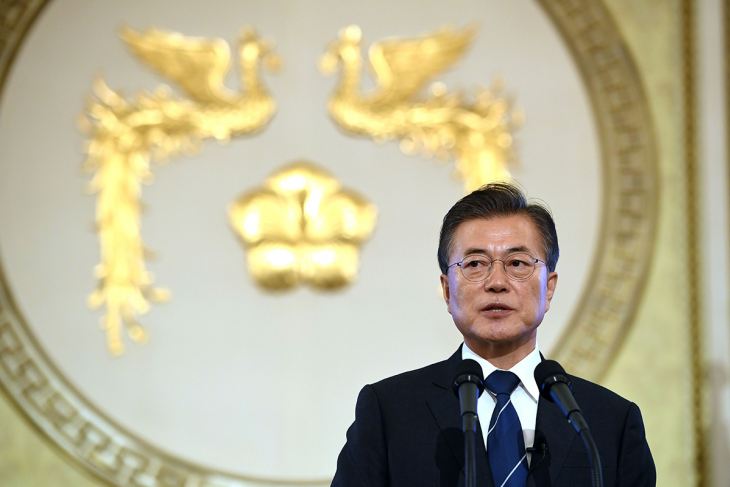 South Korean President, Moon Jae-in will be visiting three ASEAN (Association of Southeast Asian Nations) countries next month – namely Indonesia, Vietnam and the Philippines for the first time since assuming office in May this year.His visit to Indonesia on the November 8 will kickstart the three-nation tour of the region where he is scheduled to meet his Indonesian counterpart – President Joko Widodo – and is expected to hold a summit in the Indonesian capital of Jakarta. N.Korea will be 'destroyed' if threats continue

Donald Trump's administration ramped up the pressure on North Korea on Sunday ahead of a week of high-stakes diplomacy at the United Nations, warning Pyongyang will be "destroyed" if it refuses to end its "reckless" nuclear and ballistic missile drive.With US officials and their allies scrambling to find ways to contain an increasingly belligerent Pyongyang, the US president will address the UN General Assembly on Tuesday and then confer Thursday with his Japanese and