Since the start of Russia’s invasion of Ukraine in February, the Western world has watched with admiration how the brave Ukrainian people have resisted Vladimir Putin’s despotic evil. This admiration has translated into unprecedented levels of humanitarian and military aid, without which Ukraine would not have survived, let alone begun to repel the invaders.

Yet for all their acclaim, Western leaders also have reiterated the same mantra of what they will not do: put boots on the ground, send fighter jets, enforce a no-fly zone, and so forth. The rationale, political theorist Francis Fukuyama explains, is that “It is much better to have the Ukrainians defeat the Russians on their own, depriving Moscow of the excuse that NATO attacked them.”

Hiding behind the fear of possible escalation and intimidated by Russia’s nuclear blackmail, the West has assumed a humanitarian stance to mask its unpreparedness for a military counteroffensive. But a pressing question looms: Is NATO really ready to defend “every inch” of its territory?

In the past, the West has proven ready to use force to further a humanitarian cause. The best-known case of such “humanitarian militarism” was NATO’s 1999 intervention in the Kosovo War, which was followed by the United States (US)-led wars in Afghanistan in 2001 and then in Iraq in 2003. All were framed as humanitarian interventions legitimized by ethical universalism.

But the messy US withdrawal from Afghanistan last summer, followed immediately by the Taliban’s return to power, seemed to show that humanitarian militarism had failed. Humanitarianism became divorced from militarism, and the West thus found itself conceptually disarmed. Or, as French President Emmanuel Macron had put it two years earlier, NATO was experiencing “brain death.”

This absence of any principled position or sense of purpose doubtless factored into Putin’s calculations before the invasion. After all, Russia’s annexation of Crimea and occupation of eastern Donbas in 2014 had already exposed the hollowness of the West’s strategic commitments.

The main feature of this Western condition is constant belatedness. The West has always been too late, incapable of acting ahead and instead just reacting to what has already happened. As a Ukrainian joke went at the time, “While the European Union (EU) was taking a decision, Russia took Crimea.” Then as now, Ukrainians wondered, “What is the West’s red line? What will compel the West to act instead of waiting and discussing when to intervene?”

As we have seen, the line hasn’t been drawn at Ukrainian lives, and now the price of such foot-dragging has been tallied in the hundreds massacred in Bucha, Irpin, and Hostomel. Eight years ago, the West excused Russia’s international crimes and went along with a war. But now that Ukrainians are reassembling the West by themselves on the front lines in Mariupol, Chernihiv, and Kharkiv, the implication is that the fall of Ukraine would also represent the political death of the West.

The West’s idea of a world order based on universal human rights is now confronted with Putin’s concept of Russkiy mir (Russian world) based on the rights of “compatriots” (sootechestvenniki). This Kremlin ideology is of a secondary origin, functioning as a funhouse mirror image of the West; Russia is presented as an anti-globalist force that is still willing and able to preserve traditional values – or “braces” (skrepy) – that have evaporated in the “decadent” West.

This framework allowed the Kremlin to equate its annexation of Crimea with NATO’s liberation of Kosovo from Serbia. Equally, the Russian incursions into Georgia (in 2008) and Donbas were justified with whataboutism with respect to America’s own wars. The Kremlin-run Collective Security Treaty Organization, which deployed forces to suppress social unrest in Kazakhstan earlier this year, is clearly modelled on NATO.

In these and other ways, Putin’s regime has long been mocking the West while fabricating an idealized version of Russia’s past grandeur to cover up its peripheral position in the present. With his historicism and thanatological attempts to reappropriate Russian “greatness,” Putin has built a regime based on a caricature of the past.

The Great Patriotic War (Stalin’s name for World War II) is the only myth that survived the Soviet Union’s collapse intact. It has therefore played a central role in Russia’s political present. By omitting the history of Soviet repression and concentration camps, the Kremlin has established a new ideological basis for legitimizing its rule.

The terminology that the Kremlin has used to justify its war against Ukraine – “denazification,” “demilitarization,” preventing “genocide,” etc. – is taken directly from that myth. It is the only lexicon that Putin’s regime possesses; it speaks to the regime’s true essence.

Paradoxically, terminology that was once used to refer to Nazism’s defeat has been repurposed to legitimize Russia’s own fascist military dictatorship. It is no accident that Putin’s war (which has become Ukraine’s own “Great Patriotic War”) has been stylized and conducted in the spirit of World War II, with methods and means unseen for decades.

Putin’s obsession with Ukraine is precisely of a fascist nature, since Ukraine represents the Maidan Revolution, which toppled Ukraine’s previous Russia-aligned president. That scenario is the Putin regime’s worst nightmare. The spectre of Maidan has been haunting Putin for most of his reign, and helps to explain his domestic crackdown on dissent and military interventions to prevent regime change in Belarus, Syria, and Kazakhstan.

Putin constantly describes Ukraine as “anti-Russia,” though he himself has made Russia “anti-Ukraine” or “anti-Maidan.” His primary aim is to destroy the political alternative to his own regime that is epitomized by Ukraine, which in his mind should not exist.

Putin is the standard-bearer for counter-revolution. The degraded Kremlin regime that he commands represents repression of the revolution that would have occurred already in Russia if not for his wars, political annihilation of any opposition, and propaganda machine. But today’s Russian authorities have a fundamental problem, because they have not yet devised a mechanism for the transfer of power.

Putin is working against time as he faces an impossible task: how to rule forever. He is like Kai, the little boy from Hans Christian Andersen’s fairy tale The Snow Queen, who cannot figure out how to spell the word “eternity” from the pieces of ice he has been given. All Putin can fashion from the pieces left after the Soviet collapse are the letters “W,” “A,” “R,” and now “Z.”

Signs of escalation to full-fledged world war are not yet evident. But what has already become crystal clear is that this war is the war of the worlds, and now is the moment of truth for our whole world. “Z” is the end of the alphabet, a hollow symbol, followed by nothing – no eternity, just emptiness. 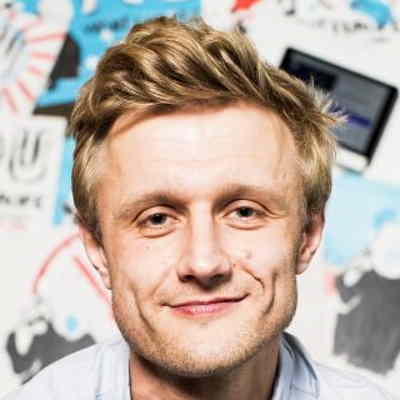 Vasyl Cherepanyn is Head of the Visual Culture Research Center in Kyiv.