In its most recent assessment, the Intergovernmental Panel on Climate Change (IPCC) offered a comprehensive outline of what it will take to keep global warming below 1.5 degrees Celsius, relative to pre-industrial levels, in line with the 2015 Paris climate agreement. The bottom line is simple: Greenhouse-gas (GHG) emissions must peak by 2025.

To achieve that goal, financial flows must rapidly be redirected from fossil fuels toward renewable energy. In its Net Zero by 2050 report last year, the International Energy Agency (IEA) made clear that, “There is no need for investment in new fossil-fuel supply in our net-zero pathway.”

But fossil-fuel financing has continued. JPMorgan Chase, a bank that uses IEA modelling and data for its own “net-zero” commitment, ended up supplying the fossil-fuel industry with US$61.7 billion last year. And this year, Russia’s war in Ukraine has caused fossil-fuel stocks to surge, even while equity markets overall approach bear territory.

Despite the rapid growth of environmental, social, and governance (ESG) investing, it is well known that leading financial institutions remain major funders of the climate crisis, bankrolling coal plants, oil pipelines, gas infrastructure, and other emissions-generating projects around the world.

But now that the financial sector’s annual general meeting (AGM) season has started, shareholders have an opportunity to demand more robust climate policies and decarbonization strategies from financial institutions and institutional investors.

Because commercial banks’ ownership is structured through publicly traded shares, AGMs allow shareholders to leverage their relative influence over the institution’s investments and policy decisions. They are also an opportunity for civil-society groups to call attention to an institution’s practices and demand change.

Climate-change activists have a strong business and financial case to make. Between the war in Ukraine, soaring energy prices, and hopes to sustain a post-pandemic economic recovery, there are numerous incentives to accelerate investment in renewables. Such investments would drive the post-pandemic recovery, create widespread job opportunities, and increase returns for investors.

It started with BlackRock CEO Larry Fink’s surprising annual letter to CEOs, in which he singled out climate change as a key risk-management issue. A few days later, BlackRock announced that one of its fastest-growing sustainability funds will stop investing in tar sands, one of the dirtiest fuel sources on the planet.

We know that shareholder activism works. Last year, co-filers from 350.org Japan, Kiko Network, Rainforest Action Network, and Market Forces proposed a climate resolution at the AGM of Japan’s largest bank, Mitsubishi UFJ Financial Group, which has some US$3.1 trillion in assets and is the world’s third-largest lender to the coal industry.

The resolution sought to inform investors of the risks associated with the bank’s continued financing of fossil fuel, and it called on the bank to adopt a strategy aligned with the Paris climate agreement’s targets. Over the following months, the bank released a carbon-neutrality declaration, an updated business plan, and a revised environmental and social policy framework.

Similarly, following engagement between shareholders and investors at HSBC’s 2021 AGM, the bank announced in March that it will phase down fossil-fuel financing on a schedule aligned with a 1.5 degrees Celsius target, as well as update its oil, gas, and coal policies by the end of 2022.

For good reason, the climate movement increasingly sees bank AGMs as an effective theatre of intervention. They provide a platform not only for shareholder resolutions but also for activists to send a clear message to the broader business community – as happened at the French bank BNP Paribas’s recent AGM in Paris.

Activists also have launched demonstrations at HSBC, Barclays, and Standard Chartered’s AGMs, prompting some financial institutions to try to avoid being called out for their fossil-fuel financing by moving their meetings online.

True, with fossil-fuel stocks up and ESG commitments potentially being side-lined by more immediate market concerns, the climate movement could be facing headwinds this year. But other recent developments have generated forward momentum.

Climate scientists have issued increasingly stark warnings about what awaits us if we fail to decarbonize rapidly. Viewed in the proper context, the slight uptick in fossil-fuel stocks is a mere blip against the backdrop of record-setting temperatures across Europe, deadly heatwaves in Pakistan and India, and drought concerns around the world.

Given these warnings and the accelerating effects of climate change, it is rational for investors to expect much tighter carbon regulations and public support for renewables in the near future. These policies will have significant economic ramifications in many regions of the world. They will be part of a bigger global transition that is already shifting our economies in the only sustainable direction: toward carbon neutrality.

If banks want to show that they are trustworthy and serious about the risks they and their shareholders face, they will use this AGM season to advance climate resolutions and remove expansion of fossil-fuel investment from their agendas. 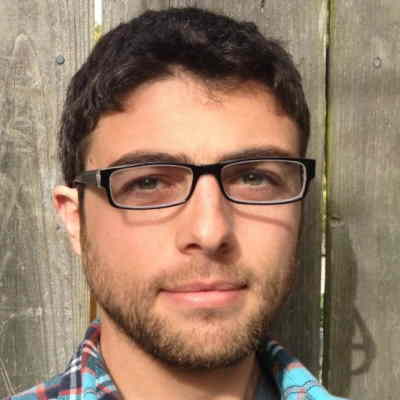 Brett Fleishman is Head of Finance Campaigns at 350.org.