After 100 days of intense fighting, it is difficult to begin thinking about rebuilding Ukraine when Russian bombs are still raining down on innocent civilians. But it is precisely during times of crisis and disaster that we must consider what comes next. Above all, leading Western powers need to play a central role in supporting the country’s reconstruction.

To that end, the European Commission recently proposed establishing a “Rebuild Ukraine” facility to channel grants and loans to the country. But Ukraine’s large financial needs will require the European Union (EU) to identify new funding sources, which should include the Russian central bank’s frozen foreign-exchange reserves, as well as funds previously confiscated from Russian state enterprises and assets seized from sanctioned Russian oligarchs.

Reconstruction experts recommend looking at the rebuilding task through the lens of a natural disaster such as an earthquake or a flood. In the initial triage phase of the response, the government needs to stop the bleeding – as Ukraine is doing. That means fighting back and ejecting the Russian invaders from the entire country, including the occupied Donbas region and Crimea.

It is becoming clearer by the day that Ukraine’s defenders – whether from the volunteer territorial defense forces or the military itself – have the bravery, resolve, and moral fortitude to win this war. Unfortunately, Ukraine has so far not received enough military assistance or humanitarian aid to tip the balance decisively in its favour.

The EU announced its reconstruction plan on the same day as some 1,000 Ukrainian fighters were evacuated from the Azovstal steel plant in Mariupol – an economically vital centre of Ukraine’s metals production after defending it for over 80 days.

Since Russia launched its brutal invasion on 24 February, Ukraine has been fighting this war on Europe’s front line with one hand tied behind its back. Many of Ukraine’s allies have made grand pronouncements of support, and condemned Russia, but either have not sent or have been inexcusably slow in delivering the weapons Ukraine needs.

Ukrainians are fighting Europe’s war by defending the continent’s values and holding back an imperialist Russia. Unfortunately, many European states act as if their own security is not also threatened.

Even as Ukrainians fight the invaders, those in liberated areas, such as the towns and villages north of Kyiv, have begun rebuilding their homes and their lives. But they cannot do it alone.

We are grateful for the estimated €4.1 billion (US$4.4 billion) of EU assistance to date, and we welcome the additional €9 billion in macro-financial support recently proposed by the Commission. But this war is costing Ukraine hundreds of millions of dollars a day. The EU estimates that, by the time the conflict is over, the repair bill for physical infrastructure alone could run to at least €100 billion.

When Ukraine is free again, its industrial hubs, ports, and cities will need to be rebuilt. The country will need a Marshall Plan-style post-war stimulus package that provides an immediate cash injection to jump-start its economy, as well as jobs for Ukrainians and contracts for European, US, and Canadian firms. But Ukrainians will not just rebuild what the Russians have destroyed. They will build back better.

Our eventual victory in this war will be an opportunity to turn a disastrous moment in the country’s history into an epic vision of a free, modern, European Ukraine. By fighting this war, Ukraine has shown that it will be a strong and reliable member of the EU and NATO.

When Ukrainians rebuild their country, they will do so in a way that aligns with the European project. Ukraine will be a lasting demonstration of a tolerant and open society, a country committed to defending its people and values.

Moreover, Ukraine’s reconstruction will adhere to a vision of environmental sustainability. Part of the country’s European future will include ending its dependence on Russian fossil fuels. Ukraine has already begun to integrate its power grid with Europe’s. As rebuilding gathers pace, policymakers intend to integrate the country’s energy infrastructure fully with European networks, diversify imports, and boost renewables.

In fact, Ukraine will become a clean-energy powerhouse fully in the spirit of the EU’s European Green Deal.

It is encouraging to see that the EU is considering how to help Ukraine rebuild. Committing to a Marshall Plan for the country will be the best way to show Russian President Vladimir Putin that his brutal aggression will not be rewarded. I hope that our European and NATO friends realize that supporting Ukraine’s freedom and recovery will benefit global peace, security, and prosperity. Thwarting Russia’s imperial ambitions and rebuilding Ukraine is a challenge the Ukrainian people must not face alone. 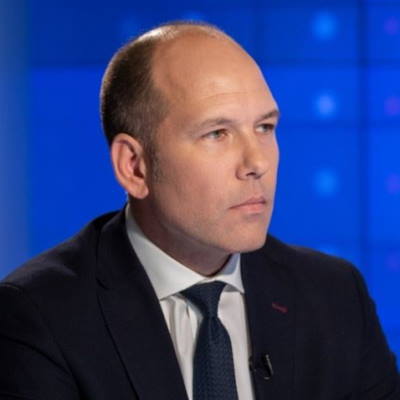 Paul Grod is President of the Ukrainian World Congress.