Just as one generation gives way to the next, global challenges are superseded by a new cohort. The once-in-a-century COVID-19 pandemic – and the risk that other dangerous new viruses may emerge at any time – is far from the only example.

Extreme weather events resulting from climate change are having catastrophic consequences. Information technology and data are sometimes used maliciously or for cyberwarfare. Even today’s surging food prices and rising global hunger can be traced to a failure to disseminate open-source technologies.

We seemingly live in a permanent state of danger. Crises are no longer isolated tail-risk events that affect a few. They are much more frequent, multidimensional, and interdependent, and – because they transcend national borders – have the potential to affect everyone simultaneously.

Moreover, they involve so many externalities that both markets and national governments have insufficient incentive to solve them.

Solutions to these problems depend on the availability of global public goods, but the current international system is unable to provide a sufficient supply. We need major coordinated investments in pandemic preparedness and response, for example, or to reduce greenhouse-gas (GHG) emissions (a global public bad), because no individual country’s actions will resolve today’s crises, much less prevent new ones.

A rethink of the way multilateralism works is imperative. The post-war international financial architecture was designed to support national governments so that they could provide national public goods. The priority now is to think about the new institutions required to provide public goods that transcend national borders.

The overlapping nature of current crises makes an even stronger case for a new framework. Greater frequency of extreme weather events, such as flooding and droughts, heighten the risk of infectious and water-borne diseases. Rising average temperatures and altered rainfall patterns are reducing the potential yield of staple crops (by six percent in the case of maize, for example) that are crucial for food security – an essential component of good health. In 2010-19, the proportion of the global land surface suffering extreme drought in any month reached 22 percent, up from 13 percent in 1950-99.

Previous emergencies, like the global financial crisis of 2008-09 (which was really a developed-world phenomenon) or the Asian and Latin American financial crisis of the late 1990s, were essentially economic in nature, resulting from the excessive accumulation of financial risks.

The solutions were in the hands of central bankers and finance ministers. They included new financial regulations and fiscal and monetary policies to restore lost employment and output.

Today’s crises, in contrast, are interdependent and truly global in scope, with a potentially much greater impact. What is distinctive is that solutions no longer depend exclusively on the competence of national economic authorities. Addressing them effectively requires leadership and action between governments around the world.

One example of this approach is the proposed Global Health Threats Council. The early detection of pandemic threats and the development of herd immunity against known pathogens is a classic case of a non-rival and non-excludable global public good.

But taxpayers in individual countries lack the incentives to provide goods whose benefits are enjoyed globally. Moreover, we cannot expect official development assistance (ODA) or philanthropy to do the job. The numbers simply don’t add up.

ODA totalled US$180 billion last year, with private donors adding a few billion more. But global public goods require trillions of dollars. Moreover, aid budgets are too cyclical, and priorities shift. But what seems urgent and politically appealing does not always coincide with what is important, which should be the focus of global public goods.

That is why we need to introduce a new multilateral system. Ideally, its main elements should mirror the tools used to provide national public goods: taxation, incentives, and accountability.

Since global public goods require significant and stable financing, we should focus on building global fiscal capacity, universally funded on an ability-to-pay basis. Leadership at the national level is of course also required to ensure an adequate cross-government and cross-sectoral response.

Providing taxpayers and governments with the right incentives to act will not be easy. But most governments take the International Monetary Fund’s (IMF) periodic Article IV consultations very seriously; including an assessment of how they are addressing climate and pandemic risks would be a good start. Likewise, credit-rating agencies should expand the methodologies they use to assess risks for governments and corporations.

The world is unprepared to cope with the new generation of crises. Rather than focusing only on deficiencies in one particular area when a crisis hits, we need to understand why we are systematically bad at producing the global public goods that all these new crises require.

Unless we address this issue, specific gaps will continue to appear. If another pandemic threat were to emerge tomorrow, for example, we would be no better prepared than we were for COVID-19.

The current climate, health, and food crises should trigger the global collaboration needed to tackle such threats. If they don’t, it is fair to ask what would. 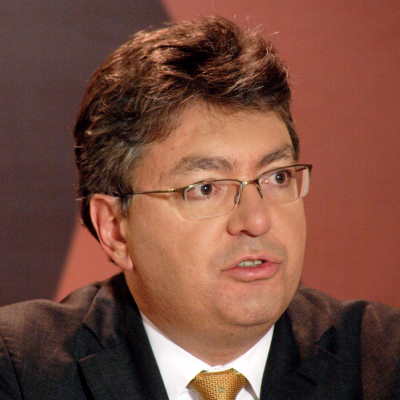