Extreme heat is having its moment in the sun. This year’s headlines have been as relentless as the temperatures: “Spain endures record heatwave,” “Devastating heatwave in South Asia,” “Texas shatters heat record,”

“Can you even call deadly heat ‘extreme’ anymore?”

This worldwide coverage has called attention to a massive challenge that will only grow in scope and seriousness. Nowhere are cooling measures more urgent than in our cities, where streets, buildings, industries, and vehicles could increase temperatures by a catastrophic 4° Celsius by the end of the century, putting the world’s poorest people at highest risk.

The search for solutions is already underway, but it needs to gather momentum. At last year’s United Nations (UN) Climate Change Conference (COP26), the Cool Coalition, a 120-organization partnership led by the UN Environment Programme and including RMI, released a comprehensive guide to sustainable urban cooling.

And in Davos last month, the Cool Coalition and the Adrienne Arsht-Rockefeller Foundation Resilience Center launched an online Heat Action Platform that makes it easy for policymakers and planners to identify the solutions most relevant to them.

To stay ahead of the problem, municipal leaders will need to embrace many measures, including smarter urban design. To draw cool air through a city, planners and developers can orient streets and building heights with the prevailing winds and develop more strategically placed green and blue spaces.

Planting more trees in concrete jungles also could make a significant difference. Urban forests and parks can be 7°C cooler than treeless neighbourhoods; and a street lined with trees can be 3°C cooler than one without. Cities from Freetown and Athens to Melbourne and Milan are already reaping the benefits of using urban nature as a cooling mechanism – one which also improves stormwater management, sequesters carbon, increases biodiversity, and provides recreation.

Another common-sense measure is to resurface our cities so that they shed heat rather than absorb it. The typical asphalt road absorbs up to 95 percent of the sunlight that lands on it, and concrete roads and sidewalks absorb up to 75 percent. These scorching surfaces disproportionately harm the outdoor labour force, those without a personal vehicle, and the poor who live in neighbourhoods dominated by such materials.

By using lighter-coloured construction materials that increase the reflectivity of these surfaces by just 10 percent, we can reduce their temperatures by up to 5°C – a potentially lifesaving difference.

Better buildings are also key. Cooling a poorly designed building with air conditioning is like running a faucet into a leaky bucket. By contrast, good building design can minimize the need for air conditioning altogether. For example, light-coloured, reflective “cool roofs” are inexpensive and can reject 90 percent of the heat energy that lands on them, making a huge difference even where other measures aren’t viable, such as in informal housing.

Passive building-efficiency measures like orientation, insulation, reflection, shading, and ventilation are not new. But we must enact more ambitious building codes and performance standards, and invest in the institutional capacity to enforce them.

Moreover, air conditioning, where it is used, can be made more climate friendly. As matters stand, it is both a vital enabler of productivity and a major source of urban heat and emissions. By 2050, AC units could consume as much energy as the combined US, German, and Japanese economies do today.

The most common refrigerant they use is nearly 2,000 times more potent than carbon dioxide (CO2) as a global warming agent. Accordingly, regulators need to set standards that exclude the worst-performing units from the market; and the public and private sector need to work together on marketing campaigns, financing solutions, and incentives to move buyers toward climate-friendly products.

Urban planners and developers should also consider district cooling systems, which serve many buildings with a single chiller plant. Because these systems can deliver efficiencies of scale without heating city air as much as individual AC units do, they should be the default technology choice in large new commercial and mixed-use developments, townships, and campuses.

Finally, policymakers in some cities should consider various options of last resort to protect the most vulnerable. In India, people joke that the reason Bollywood movies are so long is that filmmakers want to give people a chance to spend four hours in an air-conditioned theatre. But, as this spring’s devastating heat wave showed, the value of cool spaces is no longer a joke.

Cities in areas prone to extreme heat will need to invest in a range of communal spaces that are accessible to the most vulnerable when heat and humidity exceed the survivability threshold. These could be movie theatres, shopping malls, schools, places of worship, swimming pools, parks, transit hubs, or dedicated cooling centres.

Extreme heat is arguably the biggest climate-justice issue we face. Of the 1.7 billion urban residents now exposed to extreme heat, most live in fast-growing cities in poor countries, and most lack access to the air-conditioned buildings and cars that people in advanced economies take for granted.

Resolving these inequities should be a top global priority. The Cool Coalition is getting started in India, where the government has already developed the world’s first national cooling action plan, and where state and city leaders are deeply committed to confronting the threat of extreme heat.

But more needs to be done. The launch of the US$10 billion Global Energy Alliance for People and Planet has shown that the international community is still capable of mobilizing behind major efforts to mitigate and adapt to climate change. Deploying renewables and improving access to clean energy remain vital goals. But building heat resilience and implementing sustainable cooling solutions have also become urgent priorities.

We must take steps now to help our hottest cities cool down.

Rushad Nanavatty is Managing Director of the Urban Transformation program at RMI. 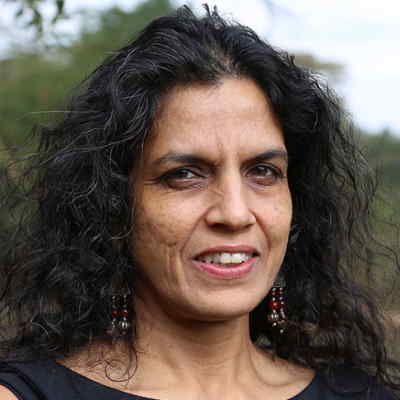 Sheila Aggarwal-Khan is Director of the Economy Division at the United Nations Environment Programme.