The war in Ukraine is pushing the world ever closer to an existential crisis. The lessons of the 20th century and its ghastly world wars have been lost on today’s leaders. The peace dividend of the Cold War has been squandered. Two superpowers – the United States (US) and the Russian Federation – are on the brink of an unimaginable military confrontation. The momentum of conflict escalation threatens to become inexorable, and the risk of a nuclear miscalculation can no longer be ignored.

China is in a unique position to bring Russia’s brutal attack on Ukraine to an end. As the world’s second-largest economy with aspirations of national rejuvenation and global leadership – both elements central to the “Chinese Dream” long espoused by President Xi Jinping – China has two critical advantages as a potential peacemaker in the Russo-Ukrainian War.

First, it can rely on its own core principles. Since the days of Zhou Enlai in the 1950s, China has stressed that its foreign policy has been guided by the Five Principles of Peaceful Coexistence. These include mutual respect for sovereignty and territorial integrity, non-aggression, and non-interference in other countries’ internal affairs.

Russian President Vladimir Putin’s assault on Ukraine is a flagrant violation of these central values. The debate is not about the supposed rationale for Russia’s unilateral action – NATO expansion; it is about the risk the war in Ukraine poses to world peace. Chinese principles offer a clear lens to put that debate into perspective.

Second, China has the advantage of partnership with Russia. At the 4 February opening of the Beijing Winter Olympics, Xi and Putin signed an expansive agreement that underscored their joint commitment to a “New Era” of international relations. By stressing that “friendship between the two States has no limits,” Xi and Putin spoke of cooperation, not confrontation, between major powers.

The war in Ukraine has turned that commitment inside out. With a rapidly weakening Russian economy now isolated from the world, its unlimited reliance on China takes on special significance for both countries.

Russia’s gross domestic product (GDP) is no larger than the combined economies of Belgium and the Netherlands. That makes it all but impossible for Russia to sustain a major conventional war, even if it does receive the Chinese military assistance it is reportedly seeking.

First, Xi should call for an emergency summit of G20 leaders, focused on achieving an immediate and unconditional ceasefire in Ukraine and developing an agenda for a negotiated peace. The G20 is now the recognized forum for global action in the midst of crisis. It came of age in late 2008, galvanizing support among the world’s leading economies for a coordinated response to the global financial crisis.

With both China and Russia as G20 members, it can do the same today. Second, China should take the lead in contributing to humanitarian assistance. With children comprising at least half of the more than three million refugees from Ukraine (a number projected to rise quickly to at least four million), the need for humanitarian support to neighbouring host countries is unquestionably acute.

China should make an unconditional matching donation to UNICEF, the world’s largest relief agency for children. Whatever the world gives to support the war’s most innocent victims, China should match with a similar commitment of its own.

The United Nations Development Programme (UNDP) currently puts war-related infrastructure losses in the US$100 billion range, a figure that will undoubtedly rise in the days and weeks ahead. Rebuilding will be an urgent yet very burdensome task for a country that in 2020 ranked only 120th in the world in terms of per capita GDP (on a purchasing-power-parity basis).

China should use its peerless focus on modern infrastructure to provide a considerable portion of dedicated post-conflict reconstruction in Ukraine – including but not limited to the infrastructure-related activities of its Belt and Road Initiative (BRI) – of which Ukraine has been a member since 2017 – and the China-led Asian Infrastructure Investment Bank.

Just as the US took the lead in supporting a Marshall Plan for European reconstruction in the aftermath of World War II, China can do the same in Ukraine today.

China, alone, cannot resolve the fundamental disagreement that sparked the Russo-Ukrainian War. But it can provide structure and commitment to the process of conflict resolution. Through the new partnership agreement between Xi and Putin, China has far greater leverage over the Russian Federation than any western sanctions have been able to achieve. And its Five Principles of Peaceful Coexistence allow it to bring its ideals to bear at a time of grave crisis.

In the past 40 years, no country has benefited more from globalization than China. Those benefits work both ways. As Putin’s appalling war drags on, taking the world closer to the abyss, China has a unique and urgent opportunity to demonstrate global leadership.

Xi’s cherished Chinese Dream, and the dreams of us all, are at stake. We need leaders who will stand up for globalization, for world peace, and for humanity. 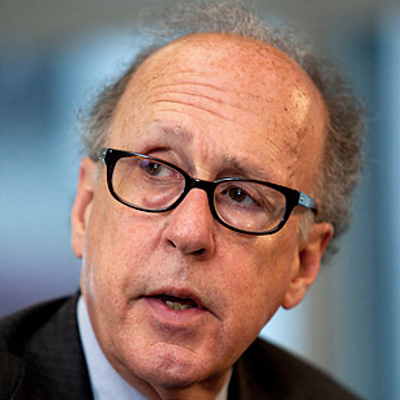 Stephen S Roach, a faculty member at Yale University and former chairman of Morgan Stanley Asia, is the author of Unbalanced: The Codependency of America and China (Yale University Press, 2014) and the forthcoming Accidental Conflict.