From the Protocols of the Elders of Zion to Russian President Vladimir Putin’s absurd claims that Ukraine is run by Nazis who are pursuing genocide against the country’s Russian-speakers, the Kremlin has long been an expert in the dark art of disinformation.

A forgery published in Russia at the beginning of the 20th century, the Protocols supposedly exposed a Jewish conspiracy to achieve world domination. It was as big a lie as has ever been told, and it became a pillar of the virulent anti-Semitism that led eventually to the extermination of most European Jewry by Hitler’s Third Reich.

As for Putin’s own big lie, it has deceived almost no one outside of Russia, but it may well have incited some of the atrocities that Russia’s poorly trained, ill-informed soldiers have committed in Bucha and elsewhere. Disinformation and lies can kill. They can also tip a country over to the wrong side of history.

Western democracies had a wake-up call in 2016, when Russia interfered in the United States (US) presidential election on Donald Trump’s behalf, and in the United Kingdom’s (UK) Brexit referendum in support of Leave. These two shocks alerted the world’s democracies to the fact that authoritarian states are unleashing a new kind of information warfare against them. The objective is to destabilize, divide, and weaken democratic societies, politics, and institutions – starting with the European Union (EU).

Until recently, we in France had hardly considered the threat of foreign interference in our politics. But that changed with the 2017 presidential election, when emails stolen from Emmanuel Macron’s campaign were dumped online just days before voters cast their ballots. Mixed in with real emails were fake ones designed to suggest, falsely, that Macron had offshore bank accounts. In 2019, similar hack-and-leak attacks were launched against German Chancellor Angela Merkel and hundreds of other German politicians.

By the time the 2019 European Parliament elections were held, Russian attempts at meddling had become a foregone conclusion, and the European Commission responded by setting out an Action Plan against Disinformation and additional measures to protect the electoral process. Nonetheless, democracies remain doubly disadvantaged in the face of electoral interference, manipulation, and information warfare.

For starters, democracies cannot respond with their own counter-propaganda, lest they lose credibility in the eyes of an already distrustful public. As such, they are confined to fact-checking, which has only limited effects. Moreover, democracies cannot renounce essential principles like freedom of expression, which the 1789 French Declaration of the Rights of Man and of the Citizen describes as “one of the most precious rights.”

Of course, this freedom is not absolute. One does not have the right to infringe on others’ rights. And, unlike in the US, many European countries have laws against hate speech. In France and elsewhere, for example, Holocaust denial is a criminal offense, and white supremacist demonstrations would be inconceivable.

Perhaps owing to these differences, the EU has done much more than the US to regulate digital platforms, which are increasingly expected to serve as guarantors of informational integrity. Under the EU’s Digital Services Act (DSA), which will enter into force in 2023, online platforms will have to meet new transparency requirements, such as by explaining how their algorithms work, and by publishing annual reports on the illicit content (such as hate speech) that they have removed.

Platforms will also be obligated to inform law enforcement about information that may constitute criminal offenses or indicate a serious threat to people’s lives or security. And companies that fail to comply with the DSA will face penalties of up to six percent of their annual global revenue.

But the text of the law does not really regulate “disinformation,” which is a term coined by the Soviets in the 1920s to describe their preferred instrument of propaganda and destabilization. Rather, the EU is concerned with “verifiably false or misleading information created, presented, and disseminated for economic gain or to intentionally deceive the public,” or more precisely: “coercive and deceptive efforts to disrupt the free formation and expression of individuals’ political will by a foreign state actor or its agents.”

In practice, the text of the DSA leaves disinformation to be dealt with through online platforms’ own codes of conduct. The past few years have shown that approach to be far from satisfactory. Lawmakers must be more creative and direct. Though we do not want to create anything like a thought police, we should be treating big lies for what they are: deliberate attacks on our societies.

Signalling a step in the right direction, the EU General Court recently rejected an appeal by RT following the suspension of its broadcasting license in France. The court found that the balance of interests between the Kremlin-controlled broadcaster and the EU clearly fell in the EU’s favour. The EU’s interests, it ruled, “aim to protect Member States against campaigns of disinformation and destabilization that would be carried out by the media under the control of the Russian leadership and that would threaten public order and security of the Union, in a context marked by military aggression against Ukraine.”

This reasoning should not be limited to the context of a military invasion. Sanctions against anyone peddling fake news should be designed on the same basis. Now that the EU-US Trade and Technology Council has agreed to pursue coordinated measures against disinformation, it has an opportunity to craft a more effective response to the threat of authoritarian information warfare.

To paraphrase Clausewitz, the world’s democracies must recognize that disinformation is nothing but the continuation of war by other means. Defending against such threats will require not just stronger logistical means, but also stronger legal tools. 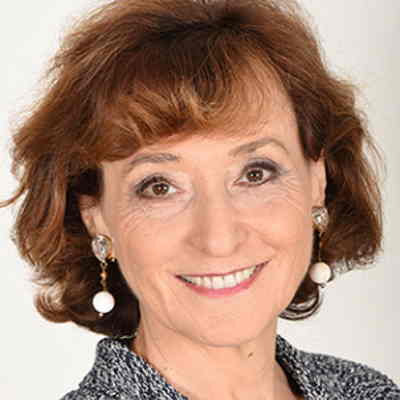 Noëlle Lenoir is a former member of France’s Conseil Constitutionnel, the Conseil d’Etat, and a former minister for Europe.