America’s allies should be forgiven if they are confused about where American foreign policy is headed. Who isn’t, given the go-it-alone recklessness of Donald Trump’s presidency? Over the past three years, Trump has sowed strategic chaos, and his foreign policy, if one can call it that, brought new meaning to incoherence. President-elect Joe Biden will be better almost by default. But has Trump changed America so much that the world cannot count on it ever being normal again?

Not only did Trump pursue a love affair with North Korea’s nuclear-armed dictator and remains smitten with Russian President Vladimir Putin – a man waging political war on the West. He also championed Brexit and badmouthed America’s European allies, when he was not undermining them outright.

At the annual Munich Security Conference in 2020, French President Emmanuel Macron and German President Frank-Walter Steinmeier both acknowledged that Trump had fundamentally damaged the transatlantic alliance. Their message was clear: If Trump won a second term, the historic partnership that has long constituted the geopolitical “West” would never be the same. Prudent world leaders were doubtless preparing for even more instability and uncertainty had Trump been re-elected.

France and Germany, of course, have many reasons to disagree with the United States (US), be it on trade relations, Macron’s outreach to the Kremlin, or both countries’ relatively less confrontational approach to China. Macron, who last November called the North Atlantic Treaty Organization (NATO) “brain dead,” has made no secret of whom he holds responsible for the alliance’s decay and the broader sense of disarray among US partners and allies.

But in Paris and Berlin, as elsewhere in Europe, the reaction to Trump was not just about his bullying, trade tactics, or divisiveness. Europeans saw his administration charting a course that rejected the transatlantic security relationship and its central role in US global engagement more generally. Biden will ditch the unconstrained unilateralism.

But even with a new approach, the damage Trump has done won’t be repaired easily, or alter views among European leaders that the continent increasingly will need to fend for itself.

Trump’s treatment of US allies in Asia has given Europeans ample warning to be prepared for more deterioration in the security relationship. Despite the North Korean nuclear threat and China’s growing power, Trump tried to turn America’s crucial alliances with South Korea and Japan into pay-as-you-go relationships.

Fortunately, Biden understands what Trump doesn’t: that US defense pacts with those two countries have underpinned East Asia’s stability for 70 years and paid off handsomely for the US. Trump viewed both relationships as “bad deals,” and Biden will need to persuade Americans to turn away from his transactional diplomacy.

Moreover, Trump wasn’t the first US president to lean heavily on jingoistic rhetoric, and putting the "Make America Great Again" (MAGA) genie back in the bottle may not be simple for Biden. Both South Korea and Japan can attest to the fact that “America First” was no mere slogan.

With the Host Nation Support Agreements that determine the details of America’s presence in each country up for renegotiation this year, Trump repeatedly threatened to withdraw US forces from both countries unless they paid more for what he called American protection. Biden will have to work hard to restore Japanese and Korean trust as he seeks to renew these agreements.

In fact, South Korea and Japan already share mutual defense costs, and have underwritten the US military presence in Northeast Asia for decades. South Korea pays more than 40 percent of the operating costs of US forces stationed there; it also covered 92 percent of the US command’s US$10.7 billion move to new facilities outside of Seoul, and it purchases billions of dollars’ worth of US military hardware.

For its part, Japan provides US$2 billion per year to support 54,000 US troops; it purchases 90 percent of its military hardware from US companies, and it has furnished US$19.7 billion (77 percent of the total costs) for the construction of three major bases.

For nearly a year, Trump administration officials have demanded that their South Korean counterparts quadruple their country’s current US$1 billion in financial support. Add to that leaks describing possible US troop withdrawals and the announcement in July that 12,000 US forces would leave Germany. Clearly, Biden’s administration will need not only to devise a new negotiating strategy, but also to reboot the US security guarantee.

Even with Biden in charge, the currently testy political relationship between South Korea and the US (which walked out on the earlier base talks) means negotiations won’t be easy. In Japan, formal talks began last month, and the government has until March 2021 to renew its agreement.

Trump’s defense officials told their Japanese counterparts to expect the same treatment as South Korea. Biden will certainly change that script as well. But Japan’s new prime minister, Yoshihide Suga, likely still expects arduous negotiations, albeit without the take-it-or-leave-it attitude that raised questions about the durability of America’s security guarantees.

A simple return to treating allies like allies should go a long way for Biden. Trump demonstrated no concern for his policy’s political fallout in Seoul and Tokyo, or for its impact on the political fortunes of South Korean President Moon Jae-in and former Japanese Prime Minister Shinzo Abe.

In the interest of security, both leaders tried to pander to Trump’s “stable genius” over the last three years, with little to show for it but domestic political embarrassment. Biden’s election undoubtedly brought sighs of relief in Seoul and Tokyo.

Sadly, Trump’s malignant legacy will survive his departure. With everything from health care to climate change begging for Biden’s attention, foreign policy is certain to take a backseat to domestic priorities. For US allies, patience will remain a virtue.

Righting the wrongs of the Trump years will take time. As he has said at least since 1990, Trump wanted to reshape America’s defense arrangements and radically alter its role in the world. Trump may be a pathological liar, but he kept his word on this issue.

Chairman Kim Goes Back On Script 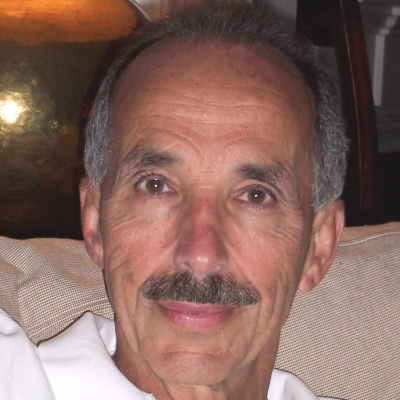