The blame game has begun. The number of COVID-19 victims is still unknown, but there is a stream of hate and misinformation pervading timelines. The damage of disinformation and the virus itself to families and communities is equal to our failure to ensure that science, not rhetoric, shapes policy.

Studies show that it is more common for viruses to be transmitted from animals to humans. Some erroneously say this is due to innocuous human errors. But there is proof that the preservation and diversity of biotopes, or habitats, lessen human-animal contact and the likelihood of new pathogens appearing in humans. Our failure to rely on science is a major factor underlying our current coronavirus crisis.

Illnesses transmitted from animals are more prevalent than ever. A 2017 peer-reviewed study found that 75 percent of emerging infectious diseases affecting humans, such as West Nile virus, Ebola, SARS, and Lyme disease, are zoonoses, or illnesses caused by pathogens that have jumped from animals.

Reports of zoonoses have appeared throughout recorded human history. The Book of Samuel in the Old Testament describes an epidemic of bubonic plague long before it decimated one-third of Europe’s population in the 14th century. In 2,300 BC, rabies from hunting dogs ravaged Mesopotamia. Researchers re-reading Plutarch found in 2003 that Alexander the Great’s death in 323 BC was probably due to the West Nile virus he contracted from a flock of ravens that fell dead at his feet as he entered Babylon.

Studies of the increase in zoonoses indicate that such diseases can result from human-induced changes to natural habitats: urban development, conversion of wetlands to agriculture, pollution, and deforestation are key factors. Research on Ebola has linked the outbreak to agricultural practices. When forests were cleared to grow crops, insect-feeding bats disappeared, while fruit-eating, Ebola-hosting bats multiplied.

Robust biodiversity buffers the spread of disease transmission to humans. In a 2010 article published in Nature, Felicia Keesing and 12 other researchers concluded that preserving and protecting intact ecosystems and their endemic biodiversity lessens human-animal contact, the onset of new pathogens, and the prevalence of infectious diseases.

This is the result of a phenomenon called the dilution effect. Dangerous pathogens are progressively diminished each time they are transmitted from a host animal species to a non-host species. According to French scientist Serge Morand, who studies the socio-ecological dimensions of infectious diseases, the more robust our biodiversity, the more microbes circulate at “low noise level,” meaning they are not transmitted easily from one species to another.

Factory farming is another aggravating factor. In 2012, Robert Lawrence of Johns Hopkins University pointed out that “our current model of food animal production factors heavily into viral evolution and transmission. The system … poses grave threats to public health, including increased risk of pandemic influenza.”

As a “flexitarian,” I will refrain from militant rhetoric about the sin of consuming meat, but the figures are disturbing. Every year, 70 billion farm animals worldwide are reared for food, and more than 150 million tons of seafood are produced, nearly half from aquaculture. Producing such mass quantities is a stress on our biodiversity, because it pollutes air, land, and waterways. And clearing the land needed to raise animals and grow standardised fodder fuels deforestation. So, when it comes to mitigating the spread of infectious diseases like COVID-19, we need look no farther than our dinner plate.

Once the COVID-19 pandemic passes, we cannot afford to return to business as usual. Stockpiling ventilators and masks will not protect us from the next pandemic. The only positive way to act collectively and responsibly, for our own survival, is to ensure that our ecosystems are diverse. That means overhauling habits that encourage us to consume in ways that have proven to be unsustainable – and thus detrimental to our own wellbeing.

In 2018, the French government adopted a policy to stop importing products linked to deforestation – such as palm oil, beef, and wood – by 2030, and it has established a cap on biofuels derived from raw materials that contribute to deforestation. Instead of the usual blame game, policymakers chose a collaborative approach with exporting countries, including the use of development aid, to encourage them to switch to biodiversity-friendly production methods. The strategy also includes a plan for “zero deforestation” public procurement and labelling requirements to help consumers make better choices.

If it wasn’t obvious before COVID-19, it should be now: conservation of biotopes must be high on national agendas. It is the most effective – and the most cost-effective – way to prevent future outbreaks that endanger our lives and threaten our livelihoods.

Can We Sustain All Life On Earth?

Tracking COVID-19 To Its Genetic Origins 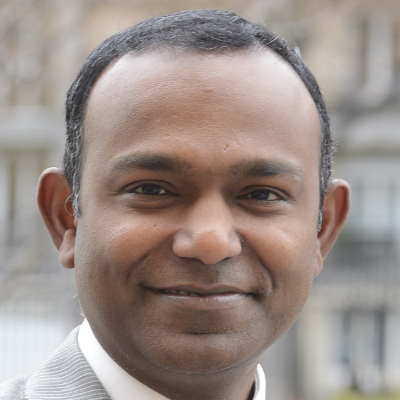 Tudor Alexis, a diplomat at the French Ministry of Foreign Affairs, is currently serving as the French consul general in Toronto.