I don’t know whether United States (US) President Joe Biden, Chinese President Xi Jinping, and their foreign-policy advisers have read Robert Axelrod’s classic book on international relations, The Evolution of Cooperation. But they should heed Axelrod’s central insight about how countries can benefit from cooperation and punish cheating.

Through countless simulations, Axelrod – now a professor emeritus at the University of Michigan – found that the most beneficial long-term strategy for an actor such as a nation-state is to cooperate first and then play tit-for-tat. In other words, a country will gain in the long run if it offers a goodwill gesture and then responds in kind to its opponent’s subsequent moves.

This insight is especially applicable to today’s US-China stalemate. Although both Biden and Xi know that their countries are in an open-ended geopolitical rivalry, they also want to put guardrails around it in order to avert potential catastrophes, such as a runaway arms race or a direct military conflict.

True, in the short term, both leaders have far more urgent priorities than de-escalating bilateral tensions. Biden needs to repair the damage to American democracy and society caused by Donald Trump’s one-term presidency, while Xi plans to reorient the Chinese economy to make it less vulnerable to “decoupling” with the US.

But Biden and Xi appear to face the same dilemma: whether to be the first to extend an olive branch with the aim of stabilising bilateral relations in the short term and gaining an enduring strategic edge in the bilateral rivalry.

Biden faces strong bipartisan opposition in Washington to undoing Trump’s policies toward China, such as tariffs and sanctions against Chinese technology firms. And although Xi may be more eager to end the free fall in Sino-American relations, he has been reluctant to make any substantive moves to demonstrate goodwill.

Instead, China has intensified its crackdown in Hong Kong this year, and the Chinese military is continuing its campaign of intimidation and harassment against Taiwan. If neither Biden nor Xi wants to risk any political capital to make the first move, the US-China relationship is highly likely to worsen further.

On the national-security front, the two countries’ militaries are busy preparing for a face-off, creating a dangerous dynamic of deterrence and counter-deterrence.

Diplomatically, Biden will soon seek to rally America’s democratic allies to confront China, a move Xi implicitly denounced in his recent address to this year’s World Economic Forum (WEF) annual meeting. Economic tensions also could escalate, because China seems unlikely to be able to meet the target for additional purchases of US products set in the “phase one” trade deal that Xi’s government concluded with the Trump administration a year ago.

In the meantime, continuing human-rights abuses in Hong Kong and against the predominantly Muslim Uighur minority in Xinjiang will fuel demands in Washington for additional sanctions against China’s political leaders and economic entities.

The only way to prevent a new round of deterioration in US-China relations is for either Biden or Xi to take the first concrete step signalling willingness to cooperate, and then adhere strictly to the reciprocity rule thereafter. The costs of making the first move are likely modest, but the potential long-term payoff could be disproportionately large.

Although the two countries would remain strategic competitors, their rivalry would be based on more stable expectations and mutually accepted rules. Cooperation in areas of shared interest, in particular climate change, would be possible. Most important, the de-escalation of tensions would reduce the risk of a catastrophic military conflict.

If US and Chinese leaders find Axelrod’s insight compelling enough to translate into actual policy, their next challenge is to figure out what their respective first moves should be, given uncertainty about the other side’s response.

Since the long-entrenched Xi seems to have more room to manoeuvre than Biden, he is better positioned to take the initiative. Moreover, he has a rich menu of options to demonstrate goodwill – and likely elicit a positive US reaction – without risking too much political capital.

For example, China should immediately allow the return of the American journalists it expelled last year in response to US restrictions on reporters working for state-run Chinese media outlets in the US. Another possibility would be to dismiss the charges against the 53 pro-democracy activists in Hong Kong arrested in early January.

Releasing a non-trivial number of arbitrarily detained Uighurs on grounds of poor health – would signal Xi’s pragmatism in dealing with arguably the most difficult bilateral issue.

Likewise, suspending provocative incursions by Chinese warplanes into Taiwan’s air defense identification zone would help both sides to mitigate the risk of an accidental conflict and defuse tensions with the US.

Whether Biden would respond to any of these gestures positively is unknown. But Xi should try. China has little to lose, and potentially a lot to gain. 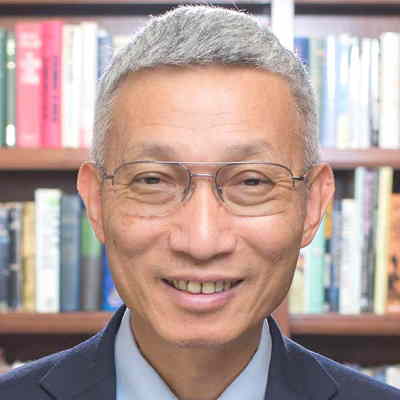