While the COVID-19 crisis has upended our way of living and working, its chaos has brought with it some clarity. The rigid structures of yesterday are falling away, as more people are able to work from anywhere with an internet connection, while more generations, ethnicities and diversity define the workforce, all striving for security in a post-pandemic world.

As we overcome the crisis, the road to a brighter future will be paved with progress on many fronts – not the least of which will be achieving gender equity. Indeed, a new report from UN Women tells us that women and girls in the Asia-Pacific region have been hit harder by the disruptions of COVID-19, as they shoulder a greater burden of caring for children and sick family members, amidst greater job lay-offs and interrupted access to education.

“Response and recovery efforts must place the needs of women and girls at the centre and be grounded in the socio-economic realities that they face,” said Mohammad Naciri, UN Women Regional Director for Asia and the Pacific. For organisations in the region, achieving gender equity calls for rigorous leadership to weather the COVID-19 storm and see beyond it. It means taking a hard look at the hard data, embracing policies and practices to overcome bias in hiring and promoting women, pay inequality, along with a commitment to women’s health needs.

Prior to COVID-19, gender equality had already been a particular struggle in East Asia. The World Economic Forum’s Global Gender Gap Report 2020 benchmarks 153 countries on their progress towards gender parity in four dimensions: Economic Participation and Opportunity, Educational Attainment, Health and Survival, and Political Empowerment. Without strong efforts toward gender equality, the report tells us it would take another 163 years to close the gender gap in ASEAN – the most of any region.

In fact, only two of ASEAN’s 10 member states have shown improvement in the 2020 report. Singapore climbed to 54th spot from 67th, while Cambodia rose to 89th from 93rd. Indonesia retained the 85th spot, while the seven other member states ranked considerably lower compared to the 2018 report.

Momentum – or the lack of it – is what matters. And the ASEAN region is making progress, according to Mercer’s “When Women Thrive, Businesses Thrive” research. Begun in 2014 to examine global gender parity achievement and stake out the ground we’ve yet to cover, the report’s 2020 research (of 1,100+ organizations in 54 countries) shows that 48 percent of organisations in Asia are publicly documenting commitments to gender equality. That’s an increase from only 39 percent in 2016 versus 50 percent globally, which remains flat from 2016.

Still, as the UN Women report explains, the unequal distribution of unpaid care and domestic work between women and men is a major barrier to gender equality and women’s empowerment in Asia and the Pacific. With efforts to contain the COVID-19 pandemic stretching health care systems, care responsibilities are frequently transferred onto women, who usually bear more responsibility in caring for ill family members or the elderly.

Encouragingly, our research notes that 53 percent of organizations in Asia gather information on employees’ caregiving needs and obligations, versus 31 percent globally. In addition, 14 percent of Asian organisations track financial wellness by gender, versus nine percent globally. Yet there remains a great distance to go in terms of improved lives. The UN Women report says that patterns of domestic abuse may be exacerbated by lock-downs caused by the pandemic, while in South Asia there is a gender gap of 18 percent for bank account ownership.

Women health care workers are at the front line of the health response to COVID-19, despite differences between the conditions in which women health care workers operate compared to men. These include long-existing inequities in the gender pay gap, women’s access to leadership and decision-making roles, and barriers to full-time employment. In the Asia-Pacific region, more than 80 percent of all nursing and midwifery staff are women. Notably, increasing rates of women are entering higher-skilled health occupations, such as physicians, dentists and pharmacists.

Even so, workplace trends such as automation and digitalisation pose a disproportionate threat to jobs done by women. Unless companies take swift and large-scale actions to upskill women and create pathways into technology sectors, women will be left behind. Management roles for women in Asia are significantly lower than the global average, with even more dramatic decreases as one moves up the career hierarchy. Representation has slipped in the executive, senior manager and manager ranks compared to 2016.

The journey to gender parity is far from over, though. If anything, the data tells us that there is significant will among ASEAN organisations and leaders to close the gender gaps that have existed for so long. Meanwhile, the COVID-19 crisis is shedding more light on the gender disparities and vulnerabilities we face. Will we fall back in these difficult times, or make the most of this crisis and ensure a future of gender equity?

A Gender Lens For COVID-19 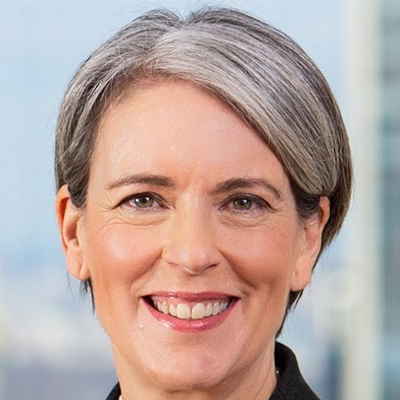 Based in New York, Martine Ferland is President and CEO of Mercer and Vice Chair of Marsh & McLennan Companies.