As COVID-19 spread from China to Europe and then the United States (US), pandemic-stricken countries found themselves in a mad scramble for medical supplies – masks, ventilators, protective garments. More often than not, it was to China that they had to turn.

By the time the crisis erupted, China had become the world’s largest supplier of key products, accounting for half of all European and US imports of personal protective equipment (PPE). “China has laid the groundwork to dominate the market for protective and medical supplies for years to come,” according to recent reporting by the New York Times.

When China first turned toward global markets, it had the advantage of virtually unlimited supplies of low-cost labour. But as everyone recognises by now, China’s manufacturing prowess is not the result of unfettered market forces.

As part of its Made in China 2025 policy, the Chinese government targeted ambitious increases in domestic producers’ share of global medical supplies. The New York Times report explains in detail how the government provided cheap land to Chinese factories, extended subsidised loans, directed state companies to produce key materials, and stimulated domestic supply chains by requiring hospitals and firms to use local inputs.

For example, Sichuan, China’s second-largest province, reduced by half the number of categories for which imports of medical equipment were allowed. Most hospitals were obliged to source everything locally, with only top hospitals allowed to bring in supplies from abroad.

Western media are now replete with accounts of China’s “drive to dominate important cogs in the global industrial machine,” in the words of the New York Times again. Increasingly, China’s role in the world economy is portrayed in terms reminiscent not of “doux commerce” but of imperial aggression. Chinese President Xi Jinping’s growing authoritarianism and the escalating trade conflicts with the US obviously play into this narrative as well.

The strategic and geopolitical tensions between the US and China are real. They are grounded in China’s growing economic and military power and US leaders’ reluctance to recognise the reality of a necessarily multipolar world. But we should not allow economics to become hostage to geopolitics or, worse, to reinforce and magnify the strategic rivalry.

For starters, we must recognise that a mixed, state-driven economic model has always been at the root of Chinese economic success. If one-half of China’s economic miracle reflects its turn to markets after the late 1970s, the other half is the result of active government policies that protected old economic structures – such as state enterprises – while new industries were spawned through a wide array of industrial policies.

The Chinese people were the main beneficiaries, of course, experiencing the fastest poverty reduction in history. But these gains did not come at the expense of the rest of the world. Far from it. The growth policies that today arouse other countries’ ire are the reason China has become such a large market for Western exporters and investors.

But aren’t Chinese industrial policies, such as those deployed in medical supplies, unfair to competitors elsewhere?

We should exercise caution before reaching such a verdict. The standard justification for industrial policy is that new industries produce learning spill-overs, technological externalities, and other broad social benefits that render state support desirable. But many Western economists presume that governments are not very good at identifying industries that merit support, and that domestic consumers and taxpayers incur the bulk of the costs. In other words, if Chinese industrial policy has been misguided and misdirected, it is China’s own economy that has suffered as a result.

By the same logic, if Chinese policymakers effectively targeted activities where social benefits exceed private benefits, producing improved economic performance, then it is not clear why foreigners should complain. This is what economists call a case of “fixing market failures.” It makes as much sense for outsiders to want to block the Chinese government from pursuing such policies as it does to prevent a competitor from freeing up its markets.

This is especially true when the externality in question is a global one, as in the case of climate change. Chinese subsidies for solar panels and wind turbines have produced a decline in the cost of renewable energy – an enormous benefit for the rest of the world.

The economics of industrial policy can get more complicated in the presence of monopolies and market-dominant firms. Industrial policies can be justifiably restricted when they enable the exercise of market power at the expense of the rest of the world.

But Chinese producers are rarely accused of propping up prices, which is the hallmark of market power. More often, the complaint is the opposite. Such considerations probably apply more to the US and European firms that are frequently the dominant players in high-tech markets.

None of this is an argument for other countries to stand idly by while China progresses to ever more sophisticated industries. The US, for one, has a long history of successful industrial policy, particularly in defense-related technologies. There is now broad political agreement in the US political spectrum that the country needs a more explicit industrial policy targeting good jobs, innovation, and a green economy. A bill advanced by the US Senate’s top Democrat, Chuck Schumer, proposes to spend US$100 billion over the next five years on new technologies.

Much of the new push for industrial policy in the US and Europe is motivated by the perceived Chinese “threat.” But economic considerations suggest this is the wrong focus. The needs and remedies lie in the domestic sphere. The objective should be to build more productive, more inclusive economies at home – not simply to outcompete China or try to undercut its economic progress.

The Trade Cure For The Global Economy 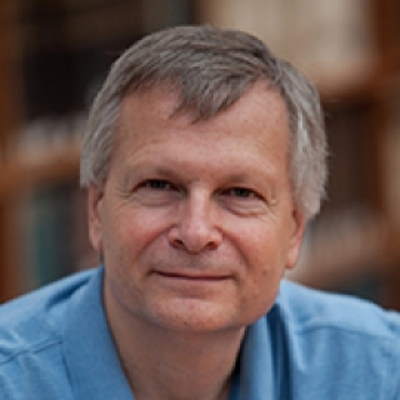 Dani Rodrik, Professor of International Political Economy at Harvard University’s John F. Kennedy School of Government, is the author of Straight Talk on Trade: Ideas for a Sane World Economy.