"If you teach a man to farm, his family will eat. If you teach a woman to farm, the whole community will eat." This quote highlights the fact that closing the gender gap in agriculture would not only produce more food but also provide long-term benefits for farming families and their communities.

An empirical study in the Springer Journal titled, Gender in Agriculture reveals that women lack access to agricultural inputs, training, information and marketing services. Furthermore, the Women’s Empowerment in Agriculture Index shows that women lack access to various agricultural groups and are poorly represented across a range of civic, government and business groups. The Food and Agriculture Organisation (FAO) declared that eliminating this gender gap in agriculture would increase production in developing countries by 2.5 to four percent.

According to Anna Fälth of United Nations (UN) Women, the global population is expected to grow by 2.3 billion people by 2050, which will cause food demand to rise by 60 percent. As approximately half the world's smallholder farmers are women, closing the gender gap in farming would not only fight hunger but would also have positive secondary effects. According to the FAO, around 43 percent of the agricultural labour force in developing countries consists of women, and up to 79 percent of women in some of these nations report agriculture as their primary economic activity.

In Indonesia, approximately 49 percent of agricultural households comprise of women farmers according to the 2018 Agriculture Census. These women are involved in almost all agricultural processes and vital functions, yet they still often lack recognition. Their agricultural work is perceived as secondary to their domestic responsibilities and to men’s involvement in agriculture. Agriculture generates income for numerous households and is a critical sector in Indonesia’s economy, thus it is imperative that the role of women in agriculture should be pointed out as Indonesian women are generally community oriented.

Indonesia’s agrarian commodities range from rice, maize, soybeans to strategic plantation commodities such as palm oil, cocoa, and rubber, as well as livestock commodities such as cattle, poultry and goats. In 2018, the agricultural sector absorbed 32.9 percent of the total labour force in Indonesia and contributed 13.6 percent to the gross domestic product (GDP). This sector is also pivotal in national efforts leading towards food security and poverty alleviation.

As rice is the primary staple crop, rice farming practice in Indonesia is very critical. In Bali, one of Indonesia's most prosperous provinces where wet-rice production is an economic mainstay, rice cultivation for its farmers is not only an agronomic and economic process but profoundly social and religious, as well. The Balinese agrarian irrigation system is called Subak. The Subak is more than just a traditional irrigation system for the Balinese. It allows the participation of the community to manage water allocation. A Balinese practice dating back to the ninth century, it is also seen as a solution to the current water crisis. The Subak system of democratic and egalitarian farming practices has enabled the Balinese to become the most prolific rice growers in the archipelago despite the challenge of supporting a dense population.

The egalitarian farming practice of Subak can also be found in the participation of Balinese women farmers. The role of women farmers in the Subak agrarian system is critical for land cultivation, seed planting and harvesting. A study in the Agriculture Journal and Ecosystem Balance of Universitas Mahasaraswati Denpasar states that women farmers’ participation in Subak farming in Tabanan, a regency of Bali, had reached 83 percent.

In contrast, in most Indonesian communities, women are still traditionally responsible for domestic activities and are not perceived as household heads to engage in community dialogue. As an example, gender analysis in a FAO Gender Assessment conducted in Karawang district in West Java Province found that women farmers’ access to agricultural information is directly dependent on land ownership. One reason for this is that formal agrarian extension service providers only invite male land owners to village meetings. Discrimination was also found in staffing with only 20 percent of field extension staff being women.

In considering the above-mentioned studies, it is evident that women who are in need of information, still do not have adequate access to it and are unable to further develop their potential. Building the capacity of women and increasing their access would benefit farmers, the private sector, and the government as women’s involvement in agriculture provides a considerable contribution. This would also boost women’s confidence, broaden their knowledge and raise their voices within the family and the community.

The Indonesian government has addressed women’s empowerment and education by taking an active role in the global commitment to the 2030 Agenda on Sustainable Development (SDG). At the national level, these concerns have been addressed through Village Law No. 6/2014 that explicitly outlines the critical importance of women's empowerment and gender equality. There are also several other laws, policies and programmes that aim to reduce rural poverty such as Presidential Regulation No. 59/2007 and the 2015-2019 National Medium-Term Development Plan on improving the quality of life and the roles of women in the implementation of development programmes.

Challenges, however, remain in mainstreaming gender in policies and programmes in regard to the agriculture and rural development sector. In order to support government programmes and policy, collaborations need to be tailored to the incentives and capacities of stakeholders in considering women as a neglected actor. The private sector in agriculture needs to contribute to adopting more inclusive practices that leaves no one behind and treats women as an important player as their involvement is critical in agriculture. Gender-equal agrarian reform will only be achieved when women are able to define their place and influence in the agricultural sector in a significant manner.

The future of agriculture 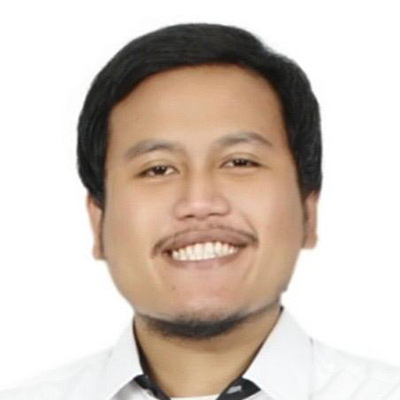 I Dewa Made Agung is a sustainable agriculture enthusiast. He works at a government agency promoting food security in Indonesia. Dwi Uli is a Market System Development practitioner. She has worked in several agricultural sectors in Indonesia.