With the United States (US) presidential election nearing its apotheosis, predictions about what will come after are dominating discussions well beyond the US. When it comes to international relations, forecasts range from apocalyptic to cautiously optimistic. But what is needed is an actual way forward, grounded in realism.

By realism, I don’t mean the “realist” approach to international relations, which emphasises the role of sovereign states as self-interested actors. By that standard, some have argued that while US President Donald Trump has bumbled and flailed, he has also managed to rein in an out-of-control foreign-policy establishment that has consistently failed to advance America’s interests, at least since the turn of the century.

Other so-called realists have acknowledged Trump’s utter failure in the foreign-policy arena, but insist that this has created an opportunity for a much-needed reset. They, too, advocate a more restrained strategy, in which the US takes a hands-off approach wherever possible.

A policy of “offshore balancing,” for example, would have the US empowering partners to advance its interests and restrain hostile actors in their respective regions. (China may already be pursuing such an approach, to some extent.)

This new foreign policy would depend on bilateral ties between the US and its various regional allies, rather than multilateral institutions, which realists perceive as diluting America’s influence. With great-power competition on the rise, the logic goes, allies will be drawn to the US for its strengths and capabilities.

For a country that is paralysed by polarisation, beset by a kind of political exhaustion, and frustrated with decades of overstretched foreign policy, these proposals have significant appeal. They create the impression that US interests can be advanced far more efficiently. The US can achieve much more while spending far less blood and treasure to get it.

There’s just one problem with this plan: It won’t work.

For starters, would countries that are driven into America’s arms through sheer desperation really be effective proxies? Wouldn’t they do a far better job of supporting US interests if they were on a steadier footing, if they possessed agency and resources, and if they had a strong sense that they were advancing their own values and interests, too?

We might scoff at the notion of shared values as “idealistic,” not “realistic.” But in reality, they are good motivators and guides. That was the logic behind the Marshall Plan and the Atlantic Charter. It should not be dismissed lightly.

Moreover, despite all the talk of a new cold war, the reality is that today’s world is fundamentally different from that of 30 years ago. Yes, elements of great-power competition have returned. But globalisation has not been – and cannot be – reversed. As the COVID-19 pandemic has starkly demonstrated, the world still faces shared challenges, which raw clientelism simply cannot address.

What can help to address them are structures that foster and facilitate coordination. To be sure, current instruments and institutions are flawed and outdated; in many cases, they have been turned into fiefdoms, used more for peddling influence than making policy. But rather than abandoning them, we must reform them.

That will require progress on an even more fundamental imperative: genuine leadership and vision. And it must be the US that provides it. While the US is no longer the sole global hegemon, it remains the only actor with convening power. And as a traditional realist would argue – rightly, in this case – leadership must come from power.

In the coming years, we cannot reasonably expect a reconstruction of the international system, as occurred after World War II, or even the rump institutional creation that followed World War I. Nor can we plausibly anticipate a return to the robust liberal international order of the past.

But we can realistically hope to avoid a wholesale – and deeply destructive – rejection of multilateralism. We can and should expect some semblance of direction and cohesiveness – first among like-minded actors, and then perhaps others.

The question is how to convince the US to take up the mantle of leadership again, whether in January 2021, when a President Joe Biden is inaugurated, or four years from now, after Trump’s second term ends.

The answer begins with other actors – beginning with the European Union (EU) – demonstrating their ability and willingness to share burdens by bolstering their military, diplomatic, and other strategic capabilities.

More fundamentally, the EU and others should reaffirm core values that once inextricably linked them to the US, but that have been blurred, dismissed, or rejected outright in recent years. Only by reasserting these values can we revive those linkages and ensure that any future institution-building takes place on solid foundations, with the US providing direction but not dictating the rules of the game.

As consequential as the upcoming US election is, the relentless hype has fuelled expectations that it must be followed by some grand or revolutionary transformation. A far more plausible hope is that, once the dust settles, international relations gets back to basics. 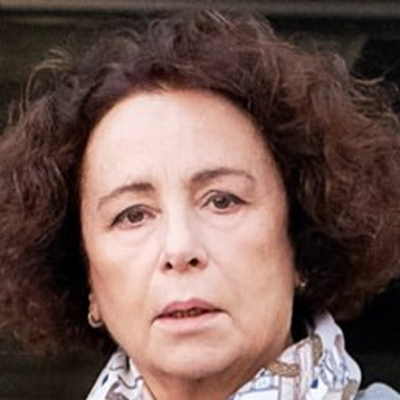 Ana Palacio, a former minister of foreign affairs of Spain and former senior vice president and general counsel of the World Bank Group, is a visiting lecturer at Georgetown University.