Western societies are currently gripped by the ominous idea that we are entering a new cold war, this time between the United States (US) and China. This narrative started coming to the fore as a result of the Sino-American trade dispute, and now the COVID-19 crisis has given it the final nudge to centre stage. Better to brace ourselves, the argument goes, than naively to ignore the hegemonic clash that will define the “new normal.”

But these intended wake-up calls disguise fatalism as realism, and choices as facts. America and China may be rival superpowers, but they are not necessarily re-enacting the Cold War between the US and the Soviet Union.

Today, however, even official documents contain implicit cold-war references. United States Strategic Approach to the People’s Republic of China, a report issued by US President Donald Trump’s administration in May, states that, “Beijing openly acknowledges that it seeks to transform the international order to align with CCP [Chinese Communist Party] interests and ideology.” The Chinese system, adds the report, “is rooted in Beijing’s interpretation of Marxist-Leninist ideology and combines a nationalistic, single-party dictatorship; a state-directed economy; deployment of science and technology in the service of the state; and the subordination of individual rights to serve CCP ends.”

This misleading characterisation of China is liable to induce overreactions and false comparisons. For starters, despite its leaders’ socialist rhetoric, China has long embraced capitalism – as the economist Branko Milanovic has convincingly argued.

China’s evolution has by no means erased all the differences between the more liberal Western model and the more statist Chinese one, and does not preclude competition between them. But ideological influence has flowed mostly from the West to China ever since Deng Xiaoping launched his reform and opening-up policy in 1978. The Soviet Union’s ideological footprint, by contrast, was much larger.

Like any major rising power, China will seek to shape the global landscape according to its interests. It will also seek the favour of certain population groups beyond its borders. But it will not attempt to reshape other countries in its own image, as the Soviet Union did, and as the US still often does.

China prides itself on being inimitable, and its history of subjugation at the hands of foreign imperial powers has predisposed it to reject unbridled interference in other countries’ domestic affairs. Moreover, while some traits of the Chinese system may appeal to proponents of illiberalism in the West and elsewhere, China’s soft power in fact remains relatively limited.

Indeed, China also differs fundamentally from the Soviet Union in lacking a sphere of influence; North Korea and Pakistan are arguably its only current allies. True, China’s rise may well induce other countries to jump on its bandwagon. But Asian governments are generally wary of their increasingly nationalistic and powerful neighbour and its involvement in myriad territorial disputes, and thus prefer to strike a balance between China and the US.

Furthermore, viewing today’s international order in bipolar terms fails to take account of the European Union (EU), which is a pole in its own right. Although the EU is of course not a sovereign state, and has suffered in recent years from serious internal upheavals such as Brexit, the European project has made significant strides since the Cold War, including the final establishment of the single market.

Today, the EU is the world’s largest trading bloc and 80 countries’ top trading partner. And despite its flaws and shortcomings, the EU is a global beacon of human rights, individual privacy, social welfare, and environmental awareness. Although the political scientist Andrew Moravcsik has a point when he calls the EU the “invisible superpower,” its influence on many major issues and in many parts of the world is actually highly visible.

The EU will therefore not resign itself to being the rope in a Sino-American tug of war, and will remain focused on exploring synergies with both powers. This spirit of openness should drive the post-pandemic world more generally.

Shortages of essential material have led many to call for countries to become more economically self-reliant. And a re-escalation of Sino-American trade tensions may ensue. To be sure, global value chains are often not resilient or responsive enough, and economic interdependence can be weaponised.

But, as George Washington University’s Henry Farrell and Georgetown University’s Abraham Newman have argued, it would be folly for the US and China to pursue wholesale economic decoupling. Never before have two global superpowers been so mutually dependent and so at risk of harming themselves by trying to hurt the other.

In a way, the notion that co-dependence can be a deterrent was also present throughout the Cold War, underpinning the doctrine of “mutually assured destruction” (MAD). But the Cold War was actually white hot in many regions, and the MAD doctrine failed to prevent a few nuclear close calls.

Nowadays, fortunately, nuclear war appears to be an extremely remote possibility, and we are not in the middle of a Cold War-style arms race. Both US and Chinese military expenditures remain relatively stable, and China’s military capabilities – notwithstanding its higher gross domestic product (GDP) growth rates – still pale in comparison to America’s.

Things may change, however, if political leaders and influential commentators start adopting needlessly confrontational rhetoric. Cold War analogies can become a self-fulfilling prophecy and push the world down a slippery slope. Indeed, there are already signs that this November’s US presidential election will at least partly revolve around how to confront China, with Democrats and Republicans forcing each other to harden their positions.

Meanwhile, although China has traditionally been averse to cold-war rhetoric, its greater economic weight compared to that of the Soviet Union may lead it to adopt an overly assertive stance. Its approach toward Hong Kong and the South China Sea, for example, does not augur well.

But it is not too late to salvage the situation. De-escalation is undoubtedly in every country’s long-term interest, not least that of the US and China. A cold-war mentality is ill-suited to addressing today’s most daunting challenges, such as fighting the ongoing COVID-19 pandemic, securing a solid economic recovery, and mitigating climate change. Moreover, there is nothing preordained about the evolution of great-power relations: although the US-China rivalry is here to stay, it does not preclude exploring avenues of cooperation.

One thing is crystal clear: a Sino-American “cold war” would be a war of choice, not necessity. And what a dreadful choice it would be.

The New Normal In ASEAN 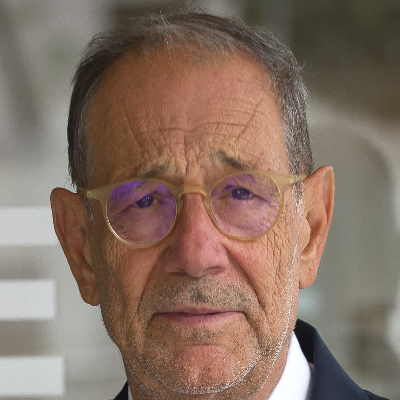