As part of efforts to cut red tape and develop the country’s maritime sector, the Indonesian government is preparing an “omnibus bill” that will integrate the legislation and regulations that governs its law enforcement at sea.

The Omnibus Bill on Maritime Security is expected to integrate 21 laws and empower the Indonesian Maritime Security Agency (BAKAMLA) to coordinate several government institutions and agencies that have law enforcement authority at sea.

The bill is part of President Joko Widodo’s (“Jokowi”) bureaucracy reform efforts and arguably a continuation of his previous plan to transforming Indonesia into a maritime power.

Calls for Indonesia to realise its maritime potential have long been made. It is, after all, the world’s largest archipelagic country with 3.2 million square kilometres of sea area, covering two-thirds of its territory.

Moreover, it possesses abundant natural resources at sea, from fisheries – 6.5 million tons potential per year or 7.2 percent of the global marine fish potential – to offshore oil and gas reserves – with a proven reserve of 3,602.53 million stock tank barrels (MMSTB). Indonesia is also located strategically at the crossroads of global shipping lanes.

Taking office in 2014, Jokowi was quick to push forward the idea of making Indonesia a “global maritime fulcrum” (GMF).

The GMF vision was initially lauded by scholars and positively received by the international community. It seemed that Indonesia was on the cusp of realising the motto of its Navy, “Jalesveva Jayamahe” (“In the seas we shall triumph”).

However, over time, commentators argued that little has been done. Furthermore, in his second term, Jokowi seems to have “abandoned” the GMF to focus more on his economic reform and human capital development agendas.

Meanwhile, the BAKAMLA, which was reshaped by Jokowi in 2014, was expected to lead maritime patrols and law enforcement at sea. However, the plan has not come to fruition. As of the time of writing, there are at least seven institutions with authority to conduct sea patrols, and the BAKAMLA has to share the “coast guard” role with them, resulting in overlaps.

This was shown by the Ministry of Fisheries’ decision, under Susi Pudjiastuti, to create a new task force – Satgas 115 – to combat illegal, unreported and unregulated (IUU) fishing. The net result is just more red tape with actors hopelessly entangled in bureaucratic processes.

The Omnibus Bill on Maritime Security is expected to solve this problem. Among other things, the Coordinating Minister of Politics, Legal and Security Affairs Mahfud MD has reiterated Jokowi’s desire to make the BAKAMLA the leading institution for the coast guard and sea patrol activities.

The Bill essentially enshrines the BAKAMLA as Indonesia’s primary and exclusive coast guard agency. In doing so, the BAKAMLA will be able to coordinate various institutions and manage their assets under one umbrella – particularly patrol boats, vessels, and other vehicles.

The agency can utilise more than 400 patrol boats from different agencies – some of which are from the Directorate General of Sea Transport, Directorate General of Customs, the Sea Police, and Ministry of Fisheries. It will additionally be able to be more effective in law enforcement at sea, from combatting IUU fishing, smuggling, and piracy, to conducting border patrols and securing Indonesia’s natural resources.

A strong and integrated coast guard will eventually put Indonesia in a better position to protect its borders and conduct wider activities in the region. Recently, there have been several foreign intrusions into Indonesia’s waters – especially from the Chinese – that have exposed how vulnerable Indonesia’s marine borders really are. Hence, the country needs a stronger coast guard to secure its territorial waters.

Furthermore, with increasing tension in the South China Sea, fuelled by China’s assertive expansion and attempts to counter this by the “Quad” (US, Japan, India, and Australia), Indonesia should be more engaged in constructing the geopolitical narrative in the region. It is also in line with Indonesia’s proposed ASEAN Outlook on the Indo-Pacific that promotes maritime security cooperation for freedom of navigation at sea.

With all of its potentials and strategic position in the Indo-Pacific, Indonesia is expected to emerge as a maritime leader in the region. The conception of the GMF and the re-establishment of BAKAMLA can be deemed as good starts, despite the lack of effort to realise the idea in Jokowi’s first term.

Indeed, the spirit of the GMF arguably still – and should – live on in his second. The Omnibus Bill on Maritime Security, as an amalgamation of the GMF and the bureaucracy reform drive, might just be the second-wind that Indonesia needs to become the global maritime hub it envisions itself to be.

How Will Prabowo Defend Indonesia At Sea? 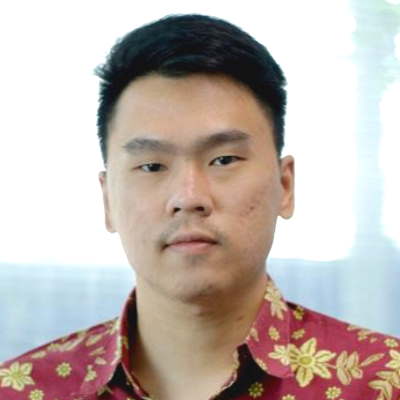 Joseph Tertia is a Research Analyst at KRA Group Indonesia. The KRA Group is an ASEAN-focused public affairs and political risk consultancy with more than two decades of experience in building and executing strategies for stakeholder management with various industry, media and opinion leaders.