For the last several months, “omnibus law” has become a popular mantra all over Indonesia. Indonesia’s president, Joko “Jokowi” Widodo’s administration is currently trying to take a big leap in creating jobs by proposing an omnibus bill on jobs and taxation. An omnibus law combines several pieces of legislation into one.

An omnibus law is a law that is created for a specific issue that might affect by changing or repealing a certain law to make it more simplified. Indeed, it has been widely known that Indonesia has many and complicated laws which sometimes contradict one another. It sometimes also causes an overlapping effect among authorities from different areas.

Indeed, as a vast archipelagic state of around 3.25 million square kilometres, maritime security is crucial for Indonesia, not only to protect Indonesia’s sovereignty at sea but also to protect sovereign rights of resources at sea.

During Jokowi’s first term, he addressed concerns on this issue by creating the Indonesian Maritime Security Agency (Badan Keamanan Laut/BAKAMLA), which was mandated to coordinate agencies for all the law enforcement institutions at sea. However, since it was established in 2014, BAKAMLA has limited law enforcement resources including patrol vessels.

Currently, different laws regulate different law enforcement institutions at sea. Each institution has a different mandate in a specific maritime zone. For instance, the Indonesian Navy and BAKAMLA and the Ministry of Marine Affairs and Fisheries have the authority to carry out law enforcement up until the Exclusive Economic Zone (EEZ). The water police only have authority in Indonesian archipelagic water, internal water, and territorial sea.

In practice, there is no single ideal model for law enforcement at sea. Based on research done by the Center for Sustainable Ocean Policy in 2016 that compared different law enforcement mechanisms at sea from countries such as the United States (US), Australia, Malaysia and India – each country has its own model, adjusted to the geographical conditions and challenges they face.

Currently, there are two institutions assigned as Indonesia’s coast guard, which are BAKAMLA and the Indonesian Sea and Coast Guard under the Ministry of Transportation. The institutional claim of the two coast guards are a direct result of Indonesia’s uncoordinated law.

The need for an omnibus law for maritime security in Indonesia is ever increasing. For the last several years Indonesia has faced multiple challenges, ranging from maritime border security in the North Natuna Sea, piracy and sea armed robbery, and marine environmental issues.

Currently, the Coordinating Ministry for Political Legal and Security Affairs is discussing the proposed bill for maritime security. It is important, however, to ensure that the new bill on maritime security reiterates which institutions will lead the initiative.

This article argues that the leading institutions for law enforcement at sea should be the BAKAMLA, as mandated under law number 32 from the year 2014. BAKAMLA has the mandate not only to conduct security and safety patrols in the Indonesian safety area and the jurisdiction of Indonesia, but also to prepare national policies in the field of security and safety in the territorial waters of Indonesia and in the Indonesian maritime jurisdictions.

That being said, Indonesia currently needs an omnibus law on maritime security to coordinate and strengthen the law enforcement system at sea.

Law of the Sea not ready for modern technology? 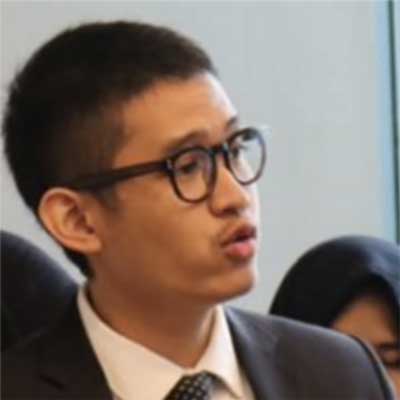 Aristyo Rizka Darmawan is a lecturer and researcher at the Center for Sustainable Ocean Policy (CSOP) at the Faculty of Law Universitas Indonesia and fellow at the Center for Politics and Transnationalism at Policylab.