Since the early 2000s, South Korean and Chinese pop culture have been competing with each other to capture the Indonesian market. It began with Korean dramas such as Autumn in My Heart in 2000 which directly competed with Chinese drama Romance in the Rain in 2001.

The popularity of Chinese dramas, nonetheless, quickly faded in the archipelago. Despite the popular Meteor Garden in 2001 from Taiwan which gained high ratings in Indonesia, Chinese dramas were increasingly fading as Korean dramas grew in popularity with dramas like Full House in 2004. Its main actor, Rain, went on to hold the biggest concert of 2005 in Indonesia, attracting 40 thousand spectators.

Although China over the years has also been trying to penetrate the Indonesian market, it remains unable to keep up with the popularity of Korean entertainment. Why is this so?

Korean And Chinese Entertainment In Indonesia

Initially, Korea marketed its dramas to China which resulted in the so-called Korean fever. Korean dramas entered the China market in such a rapid and large way that the phenomenon was quickly termed “Hallyu” in the Chinese language, which means wave.

This “wave” then stormed Indonesia and quickly gained large audiences in the ASEAN member state. After Rain’s successful concert in 2005, many Korean stars followed suit and held their concerts in the country as well. Seeing how Indonesians were massively inclined towards Korean entertainment, SM Entertainment, South Korea’s largest entertainment firm, held a SM Town Live World Tour III concert in Indonesia in 2012 with all their idols in tow. The concert successfully gathered over 50,000 fans and became the first and biggest K-Pop concert ever held in Indonesia.

Today, this phenomenon has become prevalent with more variety and higher quality of dramas and reality TV shows bases on crime, science fiction, romance, and other genres.

Statistics also show that among countries where Korean boy and girl bands such as BTS, Blackpink, EXO and Twice are watched the most, Indonesia ranks first. Indonesians made up 20 percent of viewership for EXO and Blackpink, or around 496 million in 2018.

The popularity of K-Pop in Indonesia can also be seen in how it has influenced the Indonesian music industry. It has resulted in a whole new batch of boy and girl bands that are heavily influenced by Korean music and dance; among them Smash and Cherrybelle.

Korean singers and bands have also been invited to state events in Indonesia. For example, boy band iKON was one of the guest performers at the closing ceremony of the 2018 Asian Games in Jakarta.

Chinese entertainment, on the other hand, entered the archipelago much earlier. It started with the popularity of Jackie Chan, Andy Lau, and other Chinese actors who starred in popular movies in the 70s and 80s. This resulted in many Indonesians idolising them.

This trend continued with Chinese action dramas in the 90s such as Sun Go Kong and Boboho which showcased traditional Chinese martial arts.

Nevertheless, in the early 2000s, the popularity of Chinese dramas and films were on the wane as Korean dramas with more modern storylines with relatable settings began to penetrate the Indonesian market.

Chinese music certainly has a place in Indonesia. But its market share is different from K-Pop which attracts a grassroots audience. It is mainly seen at more formal events such as Chinese New Year celebrations or events organised by Chinese Indonesians.

Although Indonesia is slowly becoming a go-to location for Chinese film directors with movies like Island Dreamzz being shot in Bali and Tsunami in Aceh by Chinese director Jonathan Shen, Chinese movies and dramas are no longer as popular as Korean ones.

China, however, has tried to change the trend. In 2015, for example, China Central Television (CCTV) partnered with PT Elnet Media Bersama to launch Hi-Indo!, the first free-to-air channel broadcasting Chinese programs 24 hours a day in Indonesia.

Although no precise figures are available, such efforts have appeared to be not very successful in attracting new audiences. For instance, Hi-Indo! only has 700 subscribers on YouTube and 28 followers on Twitter.

So why then do Indonesians prefer Korean entertainment?

The first reason is that Korean entertainment is more “integrated.”

“Rather than approach[ing] K-Pop as a genre, a better approach would be “integrated content”. This is because “K-Pop includes not just the music, but the clothes, the makeup, the choreography…all these elements I think sort of amalgamate together in a visual and auditory content package, that I think sets it apart from other music or maybe other genres,” explained Suga, a member of boy band BTS.

Besides good-looking actors and cleverly devised narratives which are in contrast to the standard and worn-thin fare of Indonesian dramas, it is difficult for Indonesian audiences to find stars with a “complete package” on stage. K-Pop somehow brings a refreshing perspective for Indonesian audiences. This is also complemented by the fact that although in the years spanning 2010-2013, there were boy and girl bands emerging, the trend has since dimmed and the Indonesian music scene is now mostly dominated by bands and solo singers. K-Pop fills the gap perfectly.

Today, many Chinese shows have been adapted from successful Korean ones. For example, two top 10 artistes in China – Angelababy and Deng Chao – are cast members of Keep Running, a Chinese version of the hit Korean program Running Man – a reality TV-style show that has guests and MCs performing various challenges to win a race.

The second reason is the use of social media. While Chinese stars are popular on Weibo – China’s biggest social media platform – it is not very popular in Indonesia. Korean stars on the other hand are using popular social media platforms like Twitter and YouTube, where they gain high rankings not only in Indonesia, but across the globe. For example, Gangnam style, a very popular Korean song, ranked as the most watched video on YouTube for half a decade.

Thirdly, Indonesians have easy access to Korean entertainment and infotainment. Since the beginning, Korea has been very proactive in making K-Pop available to audiences in Indonesia. With Indonesia as one of the countries with the highest number of internet and social media users in the world, it is no wonder K-Pop has become so easily accessible to Indonesian audiences.

Many Korean dramas are dubbed in Bahasa Indonesia on national TV stations, a feature which has only been made available recently in Chinese entertainment.

Moreover, these dramas can easily be accessed on websites such as kordramas.com, drakorindo.cc, and kshowsubindo.org for free and video-on-demand platforms such as Viu, Netflix, Hoox, K-drama, iFlix, and Drakor.id, among others.

Korean entertainment-related content on social media is not only varied, but also presented with English and Bahasa Indonesia subtitles, making it easier for Indonesian audiences to follow the updates. Some major news outlets in Indonesia such as Detik and KapanLagi often publish Korean infotainment news.

Easy access has made Korean entertainment widely available for Indonesian audiences. In fact, some Korean dramas can be directly accessed in Indonesia with Bahasa Indonesia dubbing or subtitles only a few hours after they are aired in South Korea. 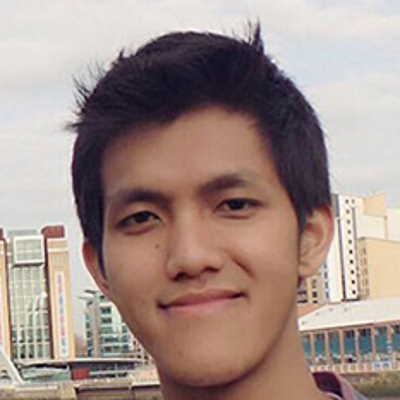 Muhammad Zulfikar Rakhmat is a senior lecturer at Universitas Islam Indonesia. Dikanaya Tarahita is a journalist from Indonesia.