On Monday, 5 October, 2020, the Indonesian government ratified the Omnibus Law on Job Creation. During the drafting process of the ratification of the law, various groups had heatedly rejected it. One part of the law that has been heavily criticised is the content of the law on the labour cluster.

The law is considered to be detrimental because it reduces labour rights, including removing minimum wage provisions in districts/cities, cutting severance pay when experiencing termination of employment, changing special leave provisions, making the fate of agency workers increasingly unclear, providing space for employers to contract workers indefinitely, and the risk of losing pension and health benefits due to a lifetime contract.

The Indonesian government is of the view that with the passing of the law, investors will be increasingly interested in investing in Indonesia, so that unemployment that has risen due to the pandemic can be minimised and ultimately leading to the quick recovery of the domestic economy.

According to the results of a study conducted by the Universitas Gadjah Mada (UGM) Faculty of Law (2020), the Job Creation Bill focuses on the goal of improving the economy but neglects the improvement of human resource competence.

The creation of the law has triggered many criticisms. One of them is that it was enacted to serve the interests of several individuals in the government. This is supported by the fact that during the 2019-2024 term, almost half of the members of the People’s Representative Assembly (DPR) have a business background.

There are at least 262 members of the DPR with business backgrounds who are listed as owning shares, serving as commissioners, and serving as directors in more than a thousand companies. Their background as entrepreneurs makes them prone to conflicts of interest when drafting laws, so that the suspicion that the ratification of the Omnibus law is only intended to benefit parliamentarians cannot be avoided.

Moreover, creating a regulation for economic recovery that is centred on reducing labour rights is a step backwards.

Labour rights that are reduced under the new law has prompted the Council of Global Unions (CGU) which represents more than 200 million workers from across the International Trade Union Confederation (ITUC), the Global Union Federations and the Trade Union Advisory Committee to the OECD (TUAC) to write to President Jokowi.

The letter has asked the president to revoke the law. In addition, dozens of global investors have also provided notes on the ratification of the law through an open letter. They have asked that the law uphold human rights.

Instead of eliminating workers' rights; attracting foreign investment and reducing unemployment can be achieved by increasing labour productivity. Unfortunately, the Indonesian government prefers solutions that are detrimental to its people and benefit only a few, to long-term solutions that are more likely to benefit many.

Compared to most ASEAN member states, Indonesia's productivity is still placed lower than that of Thailand, Malaysia, Singapore and Brunei which has the highest value at US$159,118/worker.

The low productivity and quality of Indonesia’s workforce is understandable, given that the indicators of human resource development in the populous ASEAN member state are not yet optimal. In the United Nations Development Programme (UNDP) Human Development Report, when compared to other countries in the world, Indonesia was placed 111th in the 2019 Human Development Index (HDI).

Indonesia's HDI is 0.707 points, placing it in sixth position compared to other ASEAN member states such as the Philippines, Thailand, Malaysia, Brunei and Singapore which has a HDI of 0.935 points.

The Organisation for Economic Co-operation and Development’s (OECD) Programme for International Student Assessment (PISA) score shows that educational achievement in Indonesia from 2000-2018 did not increase significantly. PISA 2018 revealed that the reading score in Indonesia fell 26.3 points to 371.0. The PISA score indicates that the literacy ability of Indonesian students to understand reading material is still low. In general, in the mathematics, reading and science categories, Indonesian children still have abilities that are below competency standards.

Most human resource development indicators in Indonesia are not yet optimal. This of course has an impact on the productivity and quality of the workforce which is also not optimal. So, instead of reducing labour rights which ultimately reduce people's living standards in the long term, it would be better if the government channels its attention to improving the productivity of Indonesia's workforce through human resource development.

Human resource development through education, culture and health will encourage increased productivity and quality of labour in the long run.

The high productivity and quality of the workforce will eventually attract more investors, so that the government does not need to reduce labour rights to improve the country's economy.

Indonesia Must Get Future-Ready

Why Did Indonesia Fare Badly In PISA 2018? 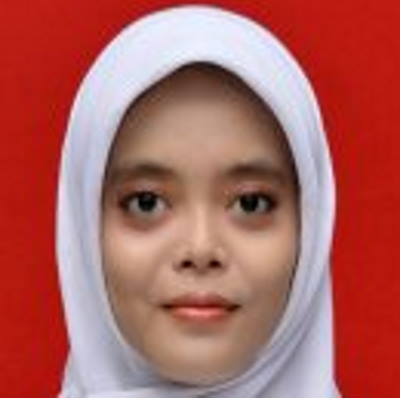 Ely Nurhayati is a lecturer at Universitas Yarsi.