There is no denying that single-use plastic has been a lifesaver in the fight against COVID-19, especially for frontline health workers. It has also facilitated adherence to social-distancing rules, by enabling home delivery of basic goods, especially food. And it may have helped to curb transmission, by replacing reusable coffee cups and shopping bags in many cities over fears that the virus could stick to them.

But widely circulated images of plastic sacks of medical waste piling up outside hospitals, and used personal protective equipment floating in coastal waters and washing up on the world’s beaches, illustrate yet again the dark side of single-use plastics. If we are not careful, short-term thinking during the pandemic could lead to an even larger environmental and public-health calamity in the future.

Of course, the proliferation of plastic waste – and its pollution of the world’s waterways – already was a major concern for a growing share of the world population before the COVID-19 pandemic, with policymakers, companies, and international organisations like the United Nations (UN) urged to take action. Some national and local governments implemented taxes and bans on single-use plastics (though not all have followed through on their pledges). Major companies invested in more environmentally friendly packaging.

Now, however, the COVID-19 crisis threatens to stall and even reverse progress.

Though it will take time to learn precisely how much additional plastic waste has been generated during the crisis, preliminary data are staggering. In China, the Ministry of Ecology and Environment estimates that hospitals in Wuhan produced more than 240 tons of waste daily at the height of the outbreak, compared with 40 tons during normal times. Based on these data, the consulting firm Frost & Sullivan predicts that the United States (US) could generate an entire year’s worth of medical waste in just two months because of COVID-19.

A similar uptick in waste can be seen among ordinary citizens. In China, daily production of face masks soared to 116 million in February, 12 times higher than the previous month. Hundreds of tons of discarded masks were being collected daily from public bins alone during the outbreak’s peak; there is no telling how many more were being discarded in household waste systems. According to the Thailand Environment Institute, plastic waste has increased from 1,500 tons to 6,300 tons per day, owing to soaring home deliveries of food.

Compounding the problem, many waste-management services have not been operating at full capacity, owing to social-distancing rules and stay-at-home orders. In the US, curb-side recycling pickup has been suspended in many places, including parts of Miami-Dade and Los Angeles counties.

In the United Kingdom (UK), so-called fly-tipping – illegal waste disposal – has risen by 300 percent during the pandemic. In some countries, companies that are advancing innovative methods of recycling and reusing waste plastics are reporting reduced amounts of plastic coming through waste streams, suggesting that a growing volume of plastic is ending up in landfills or leaking into the environment.

During the COVID-19 crisis, it is essential to protect the vulnerable, ensure that health workers have the tools and support they need to do their jobs safely, prevent health-care systems from becoming overwhelmed, and avoid additional waves of infection. But, in meeting these imperatives, we cannot lose sight of the other – perhaps greater – long-term challenges facing humanity, including the environmental and public-health risks generated by excessive plastic waste.

For starters, companies all along the plastic value chain, from manufacturers to retailers, should show their commitment to public health and welfare by expanding and accelerating their efforts to end plastic waste. Those that step up to the challenge of environmental stewardship by contributing to the creation of a circular economy will reap a rich bounty of public trust and profitability well into the future.

Governments, for their part, must recognise the crucial role of waste-management services and their workers in the transition to a sustainable future, and allocate COVID-19 spending accordingly. Such efforts would advance multiple Sustainable Development Goals (SDGs), including SDG 11 (which calls for cities to ensure effective waste management), SDG 12 (reduce waste generation through prevention, reduction, recycling, and reuse), and SDG 14 (reduce marine pollution of all kinds).

But governments cannot always do it alone. Many developing countries struggle with non-existent or broken waste-management infrastructure. With the COVID-19 crisis highlighting the need for cooperative action, now is the moment to change that.

As the global economy restarts, aid agencies, development banks, and non-governmental organisations (NGOs) should invest in building effective waste-management systems. Beyond helping to keep plastic waste out of our oceans, such systems can provide decent jobs and improved livelihoods, resulting in stronger, more sustainable economies in the long term.

COVID-19 is often described as a sudden shock. In fact, some say it was a known risk that policymakers chose to ignore. The last thing the world needs is to allow other well-known threats to remain unaddressed. And, when it comes to plastic waste, the warning bells have been ringing loud and clear for years. 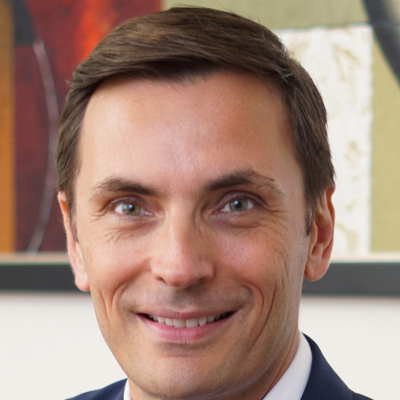 Jacob Duer is President and CEO of the Alliance to End Plastic Waste.