The global toll of the COVID-19 pandemic is enormous: more than a half-million lives lost, hundreds of millions out of work, and trillions of dollars of wealth destroyed. And the disease has by no means run its course; hundreds of thousands more could well die from it.

Not surprisingly, there is tremendous interest in the development of a vaccine, with more than a hundred efforts under way around the world. Several look promising, and one or more may bear fruit – possibly faster than the several years or longer it normally takes to bring a vaccine on line.

But even if one or more vaccines emerge that promise to make people less susceptible to COVID-19, the public-health problem will not be eliminated. As any medical expert will attest, vaccines are not panaceas. They are but one tool in the medical arsenal.

No vaccine can be expected to produce complete or lasting immunity in all who take it. Millions will refuse to get vaccinated. And there is the brute fact that there are nearly eight billion men, women, and children on the planet. Manufacturing eight billion doses (or multiples of that if more than one dose is needed) of one or more vaccines and distributing them around the globe could require years, not months.

These are all matters of science, manufacturing, and logistics. They are sure to be difficult. But the politics will be at least as challenging.

For starters, who will pay for any vaccine? Companies will expect to recoup their investment in research and development, along with the costs of production and distribution. That is already tens of billions of dollars (and possibly much more) – before the question of profit is even introduced. There is also the related question of how companies that develop a vaccine will be compensated if they are required to license the patents and know-how to producers elsewhere.

The toughest political question of all, though, is likely to concern access. Who should receive the initial doses of any vaccine? Who determines who is allowed into the queue and in what order? What special advantages accrue to the country where a vaccine is developed? To what extent will wealthier countries crowd out poorer ones? Will countries let geopolitics intrude, sharing the vaccine with friends and allies while forcing vulnerable populations in adversary countries to the back of the line?

At the national level, every government should start to think through how it will distribute those vaccines it produces or receives. One idea would be to administer it first to health-care workers, followed by police, firefighters, the military, teachers, and other essential workers. Governments must also consider what priority to give those at higher risk of developing serious complications from COVID-19, such as the elderly and those with pre-existing conditions. Should a vaccine be free to some or all?

At the international level, the questions are even more complex. We need to make sure that production can be scaled rapidly, that rules are in place for availability, and that sufficient funds are pledged so that poorer countries are covered. Gavi, the Vaccine Alliance, the World Health Organization (WHO), several governments, and the Bill & Melinda Gates Foundation have formed the COVID-19 Vaccine Global Access (COVAX) Facility. Its creators propose that any effective vaccine that emerges be treated as a global public good, to be distributed equally around the world, regardless of where it was invented or of a country’s ability to pay. The WHO has put forward a global allocation framework that seeks to ensure priority for the most vulnerable populations and health-care workers.

But such approaches may be unrealistic. It is not just that the COVAX effort lacks adequate funding, the participation of the United States (US) and China, and clear authority. It is that all governments are sure to come under enormous pressure to take care of their own citizens first. Vaccine nationalism is almost certain to win out over vaccine multilateralism.

Recent history reinforces this scepticism. COVID-19 emerged in China and quickly became a worldwide problem. Responses, though, have been mostly along national lines. Some countries have fared relatively well, thanks to their existing public health systems and political leadership; with others, it has been just the opposite.

Continuing this national-level approach to a vaccine is a recipe for disaster. Only a handful of countries will be able to produce viable vaccines. The approach must be global. The reasons are not just ethical and humanitarian, but also economic and strategic, as global recovery requires collective improvement.

In Iraq, when military progress outpaced planning for the US-led war’s aftermath, the result was chaos, or “catastrophic success.” We cannot afford an analogous outcome here, with success in the laboratory outpacing planning for what comes next. Governments, companies, and non-governmental organisations (NGOs) need to come together quickly, be it in the COVAX initiative, under the auspices of the United Nations (UN) or the G20, or somewhere else. Global governance comes in all shapes and sizes. What is essential is that it comes. The lives of millions, the economic welfare of billions, and social stability everywhere hang in the balance.

Are We Any Closer To A COVID-19 Vaccine? 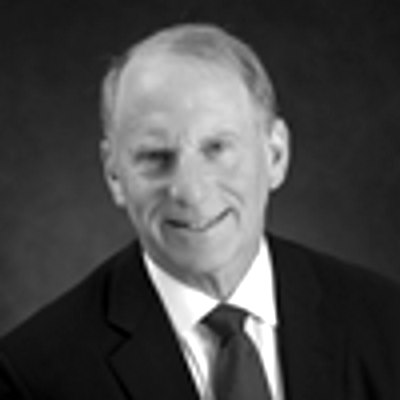 Richard N Haass, President of the Council on Foreign Relations, previously served as Director of Policy Planning for the US State Department, and was President George W. Bush's special envoy to Northern Ireland and Coordinator for the Future of Afghanistan.