Years ago, I spoke to the head of a large factory in the Cambodian capital, Phnom Penh. She was worried that more than 100 of her workers lived in riverside slums around the building. Their homes were on land at risk of flooding, but the workers were more afraid of being expelled from them. With no legal proof of ownership or means of defending themselves, they lived huddled in the factory’s shadow in permanent fear of displacement.

Where there are no property rights, the law of the jungle prevails. And now vulnerable groups, and the capital’s population as a whole, are facing a new danger – the ING City project, which has the makings of an environmental and human disaster.

This project aims to develop the wetlands that cover about 1,500 hectares in southern Phnom Penh and constitute the city’s only wastewater treatment system. They also form the only barrier between the city’s untreated sewage and the fish stocks in the Mekong and Bassac rivers. In addition, about 70 percent of all rain and wastewater exits the city there, making the wetlands crucial for flood prevention.

But ING City is now filling the wetlands with sand to create land for real-estate development. The project’s dangers are laid out in “Smoke on the Water,” a report issued in July by a group of Cambodian non-governmental organisations (NGOs), which found that more than a million people in Phnom Penh face increased risk of flooding, with over 1,000 families in danger of eviction.

ING City’s planned 300,000 housing units will be targeted mainly at affluent buyers from China and Japan. There are no plans to provide housing for the poor, and some wetlands communities have already been threatened with removal.

Satellite imagery suggests that about a third of the wetlands has already been filled with sand. By the time the development is completed, it is expected to have used more sand than any other project in Cambodia’s history. This could undermine the stability of the Mekong and Bassac riverbanks, where the sand is dredged.

As part of the plan, the Japan International Cooperation Agency (JICA) intends to fund a wastewater treatment plant for Phnom Penh. JICA has said that as far as possible, the facilities will be built on “public land” to avoid expropriating residents.

The reality is that the government can reclassify land at will to suit its needs. The former residents of Boeung Kak know this first hand. In February 2007, the private developer Shukaku Inc. leased the land, which was the site of one of Phnom Penh’s few remaining natural lakes, for US$79 million, well below market value. In August 2008, the government changed the land’s status from “state public” to “state private,” allowing it to evict the residents. Soon after, Shukaku began filling the lake, and state security forces responded to a series of protests with violence.

Cambodia’s lack of clearly established land rights makes such episodes possible. Under the Khmer Rouge regime from 1975 to 1979, private property was abolished and the country’s cadastral records were completely destroyed. After the fall of the regime, land ownership claims from before 1979 remained void, and the state remained the sole legal landowner.

Although legislation eventually allowed private land ownership, the registration system is opaque and byzantine. Over the years, this has allowed the government to evict many Cambodians with no regard for their rights or wellbeing, often to secure access to the natural resources such as timber and sugar.

The environment frequently suffers in these instances. National parks and wildlife sanctuaries have been turned into rubber plantations, and forests are stripped in the name of wood exports. Resistance can be fatal. The activist Chut Wutty, who led the Natural Resource Protection Group, was killed in 2012 as a result of his activism against illegal deforestation.

Cambodia’s 2001 Land Law only pretended to solve the problem, and offered the Boeung Kak residents no protection. According to the Bertelsmann Stiftung’s 2020 Country Report on Cambodia, the titling system remains “cumbersome, expensive, and subject to corruption. The majority of property owners lack documentation proving ownership.”

Furthermore, land titles do not guarantee uncontested ownership, because different state agencies can issue them. The Bertelsmann Stiftung found that “hard titles” issued by central government bodies such as the land management and planning office trump “soft titles” from local authorities. Predictably, industrial stakeholders are able to get “hard titles,” while ordinary people get the “soft,” disposable type.

The only solution is to reverse the process of state capture which has turned the Cambodian government into an agent of private industrial interests, rather than a defender of citizens’ interests. A strong, independent regulator, appointed on the basis of expertise rather than political connections, and empowered to revise or block projects, should conduct environmental assessments of projects such as ING City.

To protect those at permanent risk of displacement, Cambodia urgently needs a proper civil registration system and a modern land registry. If India, with more than a billion people, can do it, then Cambodia, with 16 million, has no excuse.

Cambodia’s Economic Challenges Amid The Pandemic 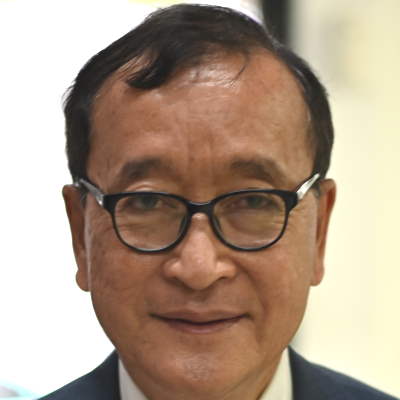