As COVID-19 expands across the southern hemisphere, governments there have a lot to learn from Vietnam’s approach. Clear communication and government-citizen cooperation that leveraged technology are the main reasons why the country has had relatively few cases.

Much attention has been paid to other models in Asia. Taiwanese health authorities investigated cases of pneumonia reported in Wuhan before community spread occurred. South Korea installed a nonstop emergency response system to screen all travellers entering the country from Wuhan in early January. Similarly, Singapore mobilised an inter-agency taskforce for extensive contact tracing, targeted community quarantine, and aggressive testing, while also covering the costs of screening and treatment.

These countries’ timely response was rooted in their leaders’ palpable awareness of the severity of the new virus. Vietnam’s government tightened border controls and set hospitals and local health departments on high alert for the new pneumonia cases on 3 January – before the first fatality in China and only three days after confirmation of the outbreak there. Vietnam’s first cases were recorded on 23 January, and the situation appeared to be under control until an additional wave of cases fuelled by foreign tourists and returning travellers and students. Still, Vietnam managed the crisis so well that it avoided becoming a hot spot.

Perhaps most remarkably, unlike South Korea, which has spent considerable funds on aggressive testing, or Singapore, which has established strong epidemiological surveillance, Vietnam has followed a budget-friendly approach that has proven equally effective. Despite expectations of high rates of transmission, owing to a shared border with China and the high volume of bilateral trade, Vietnam has recorded only one-fifth the number of infections that much-lauded Singapore has, with no reported deaths to date. Our recent study of Vietnam’s COVID-19 policy response attributed the country’s initial success in slowing the rate of infection to the authorities’ focus on communication and public education through technology platforms and systematic tracing of pathogen carriers.

With 65 percent of Vietnam’s 96 million people online, official news outlets and social media channels (60 percent are on Facebook) successfully shared information about the new virus. In an age when it is difficult to track and stop the spread of mis-/disinformation, understanding the threat, particularly its contagion rate, has been key to citizens’ willingness to cooperate, whether through social distancing or self-isolation.

Since January 3, Vietnamese media have described the disease emerging from Wuhan as a “strange” or “mysterious” pneumonia. Between 9 January and 15 March, an average of 127 articles on the topic were published daily in 13 of the most popular online news outlets, leaving little room for rumours and fake news to spread. As a result, Vietnamese generally have not viewed COVID-19 as just another seasonal flu, but as a serious illness as menacing as the 2003 outbreak of severe acute respiratory syndrome (SARS). The public’s experience with SARS, as well as with the swine and avian flus, have helped to shape perceptions of COVID-19, and likely influenced people’s readiness to respond.

Comprehensive contact tracing works only when individuals understand the urgency of the issue and are willing to provide an honest and detailed account of their travel and interactions. This is true even in countries under single-party rule. In Vietnam, citizens have been voluntarily sharing personal health information via a government-launched app called NCOVI. It has become the top free app in Vietnam since its launch on 10 March.

Although there is no Vietnamese equivalent to community-developed apps tracking compromised locations or individuals with suspected symptoms, as in Taiwan and South Korea, tech-based platforms have proved valuable. They provide up-to-date information on the outbreak and tips for disease prevention, quickly correct misinformation, collect information systematically, and identify case clusters as early as possible.

Technology is also helping those fighting the pandemic. In the three months since the beginning of the outbreak, local hospitals, research institutes, and universities have created reliable platforms to track COVID-19 quarantine cases, increase production of hand sanitizers, publish important clinical findings on the disease, and develop low-cost test kits for the virus that causes it.

Investments in mitigation and response can take other simple, yet powerful forms. The song “Ghen Co Vy,” which went viral globally (no pun intended) after appearing on Last Week Tonight with John Oliver, helped build public awareness of the new virus and the importance of hand washing. More notably, as targeted and mandatory quarantines of all returning travellers were tightened in late March, individual updates and reviews about the availability and quality of government-run dorms, food, health check-ups, and testing attracted thousands of reactions on Facebook. Hundreds of pictures of carefully packaged breakfasts, lunches, dinners, and midnight snacks have circulated so widely that the two-week isolation period is favourably perceived, which has encouraged compliance.

As the global pandemic worsens daily and uncertainty envelopes much of the world, Vietnam’s experience demonstrates how, by focusing on early risk assessment, effective communication, and government-citizen cooperation, an under-resourced country with a precarious health-care system can manage the pandemic. In facing an indefinite unknown, decisive leadership, accurate information, and community solidarity empower people to protect themselves – and each other.

How AI is used to combat COVID-19 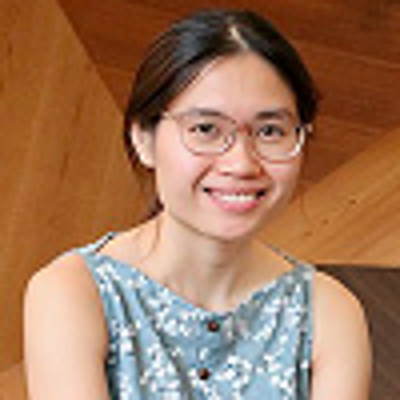 Hong Kong Nguyen is a Researcher at the A.I. for Social Data Lab in Hanoi.