To the boom of cannons, pipes and chants, King Maha Vajiralongkorn was crowned Saturday in a ceremony governed by centuries-old rituals, vowing a righteous reign and calling for "national security" and "happiness" in a remarkable display of royal power.Starting at the auspicious time of 10:09 am (0309 GMT), the public was granted a rare window into the cloistered halls of Thai royalty as the three-day coronation began.King Vajiralongkorn is the tenth monarch of the Chakri Coronation of Thai king set for May

An elaborate three-day coronation ceremony for Thailand's King Maha Vajiralongkorn will be held in early May, more than two and half years after the death of his revered father Bhumibol Adulyadej.The 66-year-old ascended the throne following his father's death in October 2016, which ended a tumultuous seven-decade reign over the Southeast Asian kingdom marked by coups and rounds of violent street protests.Maha Vajiralongkorn, formally known as Rama X of the Chakri dynasty, has since A revitalised Thailand by 2019?

Thais are expected to head to the polls in November this year to democratically elect a new government after being ruled by a military government since 2014. However, the ruling junta has demonstrated a pattern of delaying a vote often citing security issues. Thailand’s economic growth could once again exceed 4 percent this quarter with a subsidy for the poor boosting consumption, a senior finance official said.“They spent almost 100 percent” of the money, said Suwit Rojanavanich, director-general for the Finance Ministry’s fiscal policy office, referring to 10 million low-income earners who started receiving as much as 300 baht (9 dollars) a month in October.The program is very successful and along with state spending and investment will boost gr A senior Thai royal official has been sacked for "evil acts" including having an extramarital affair and forcing his alleged mistress to get an abortion, the palace said, the latest top aide to be axed under King Maha Vajiralongkorn.Vajiralongkorn, 65, took the throne one year ago following the death of his widely revered father King Bhumibol Adulyadej, who reigned for seven decades.He has yet to attain his father's widespread popularity but remains insulated from any criticism 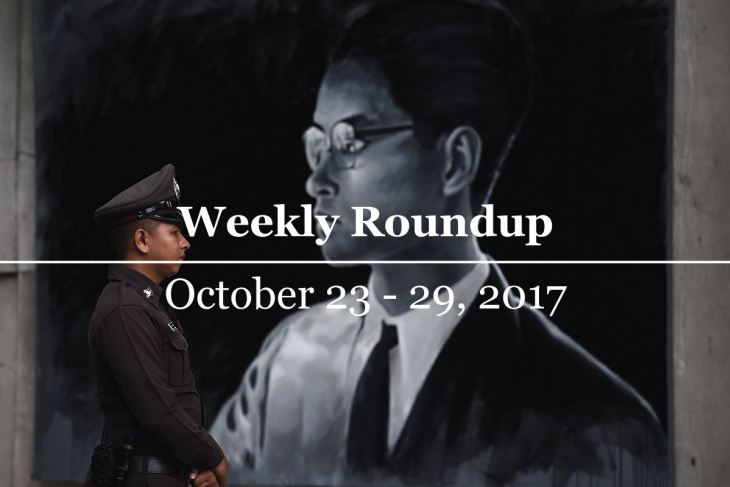 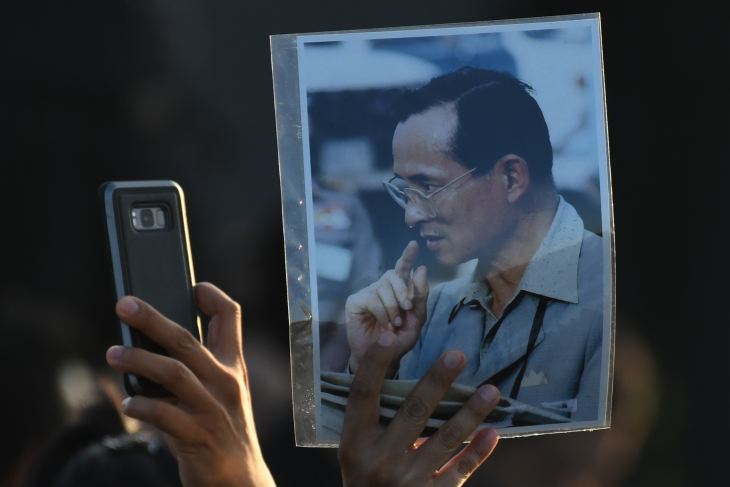 Bhumibol Adulyadej - The king and I

After a whole year of mourning, it is finally time for Thai citizens to bid farewell to the revered King Bhumibol Adulyadej. The late king is regarded as an important father figure to a nation of over 68 million people. Thais of different ages have gathered near the Grand Palace in prayers as they wait faithfully by their king for the gates of heaven to open.“He was not only the father of the nation, he was a literal father to us individually. A sea of black-clad mourners massed across Bangkok's historic heart early Thursday as funeral rituals began for King Bhumibol Adulyadej, a revered monarch whose passing after a seven-decade reign has left Thailand bereft of its only unifying figure. Bhumibol Adulyadej : The man behind the crown

King Bhumibol Adulyadej – the man who held the world title of the longest-ruling monarch – helmed the crown for seven decades. He was venerated as a morally righteous and strong figurehead to the Thai people during tumultuous times and stood as a beacon of hope and sign of stability to his loyal subjects. Gilded chariots, horses and columns of military men in bright costumes swept through Bangkok's old quarter on Saturday in a final dress rehearsal for late King Bhumibol Adulyadej's funeral – a meticulously-planned spectacle of devotion to a man known as the "soul of the nation".Steered by the Buddhist ritual, palace protocol and social hierarchy that underpin Thailand's powerful monarchy, the elaborate cremation ceremony will befit a king who commanded a cult-like fol