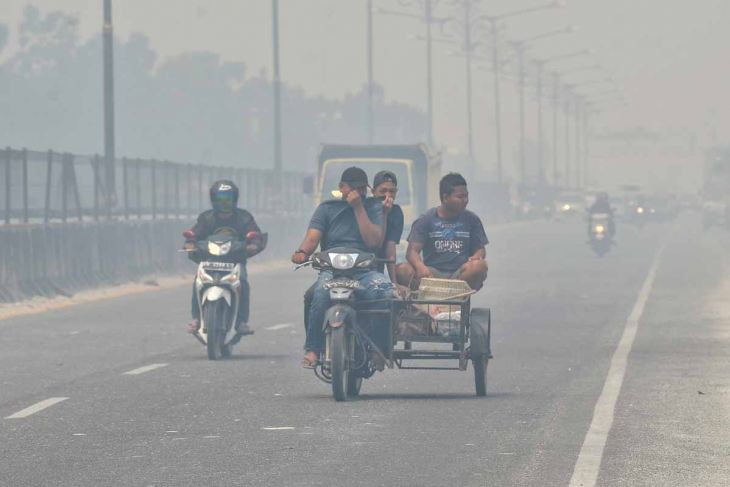 A brutal Indonesian forest fire season that left Southeast Asia choking in smog has renewed scrutiny of major palm oil and paper companies, with activists accusing them of breaking promises to halt logging.The monster blazes sent a pall of acrid smoke over the region for weeks, closing schools and airports and causing a spike in respiratory ailments.Mostly lit to clear land for agriculture, they were the worst seen in the country since 2015.Leading companies have in recent years pledged not t After more than two decades, the region is well on its way to achieving its vision of a transboundary haze-free ASEAN by 2020.In three months’ time, the haze will be a distant memory thanks to the effective work of the regional body and its member states in combatting ASEAN’s worst environmental crisis.In three months’ time, Southeast Asian governments will have found a long-term solution to the pale shadow cast over the southern regions of ASEAN every year caused by smoke from the burning of Indonesia has arrested nearly 200 people over vast forest fires ripping across the archipelago, police said Monday, as toxic haze sends air quality levels plummeting and sparks flight cancellations.Jakarta has deployed thousands of personnel to battle blazes that are turning land into charred landscapes and consuming forests in Sumatra and Borneo islands, where thousands of schools have been shut over health fears.The fires – usually started by illegal burning to clear land for farming – have The number of blazes in Indonesia’s rainforests has jumped sharply, satellite data showed Thursday, spreading smog across Southeast Asia and adding to concerns about the impact of increasing wildfire outbreaks worldwide on global warming.Illegal blazes to clear land for agricultural plantations have been raging on Sumatra and Borneo islands, with Indonesia deploying water-bombing helicopters and thousands of security forces to tackle them.It is just the latest such outbreak globally – huge bl Indonesian leader Joko Widodo warned Tuesday that officials would be sacked if they failed to stamp out rampant forest fires that are belching out toxic smog over Malaysia and Singapore.The threat came as Indonesia faced pressure from its neighbours to douse the blazes, which are blamed for sending air quality plummeting in parts of Southeast Asia."I've told the military and police chiefs to sack people who don't tackle forest fires," Widodo told a ministers meeting on the