Since a military coup earlier this month, Myanmar has endured internet blackouts and blocks on some social media sites, while a draft cybersecurity bill has been floated.These lightning-quick moves by the new junta have tech experts, rights groups and citizens worried that internet-hungry Myanmar will soon be as cut off as during the previous military regime.What Has Happened Since The Coup?The military has so far ordered five temporary internet shutdowns, starting on 1 February - the day of 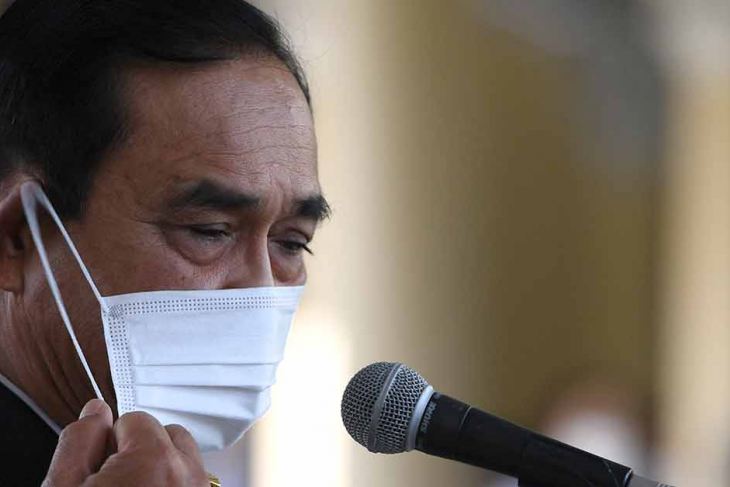 Thai premier Prayut Chan-o-cha faced a torrent of vitriol from opposition MPs on Tuesday over his handling of a pandemic-bruised economy, amid a renewed push from a pro-democracy movement calling for his resignation and royal reforms.The verbal assault came at the start of a four-day no-confidence debate, with lawmakers set to vote on Saturday on the administration's fate.While Prayut - who came to power in a 2014 coup - is expected to survive the vote, the debate could set off internal Myanmar's deposed leader Aung San Suu Kyi will appear in court via video conference this week over charges brought against her by the new military junta, her lawyer said Monday.Army chief General Min Aung Hlaing has justified the 1 February coup by alleging widespread voter fraud in November's elections, which Suu Kyi's National League for Democracy (NLD) party swept.Two days after the putsch, the 75-year-old Nobel laureate was hit with the unusual charge of violating Myanmar&# Malaysia on Monday defended a plan to deport 1,200 Myanmar nationals on navy ships sent from their homeland just weeks after a coup, following criticism from the United Nations (UN).News emerged last week the migrants would be sent home, after the Myanmar military seized power and detained civilian leader Aung San Suu Kyi at the start of February.Malaysian immigration chief Khairul Dzaimee Daud said the detainees, who will be deported on 23 February, are accused of offences including not havi Despite stark failures in curbing COVID-19's spread, Britain has scored a notable success with its mass vaccination drive, giving 15 million people a first dose by Sunday.Here are some of the factors behind the speedy rollout.Early BackingIn May 2020, the United Kingdom (UK) government signed a deal with the University of Oxford and the pharmaceutical giant AstraZeneca to buy 100 million doses of their still unproven vaccine, three months before the European Union (EU) followed suit.It a Myanmar cut internet service and deployed troops around the country on Monday in signs of a feared crackdown on anti-coup protests, hours after security forces fired to disperse a demonstration in the country's north.&nbsp;The junta has escalated efforts to quell a burgeoning civil disobedience campaign which is demanding a return of the country's ousted leader Aung San Suu Kyi.&nbsp;Monday's internet shutdown and a request from the United Nations (UN) for an observer t Opposition to Myanmar's new military regime intensified on Saturday as spontaneous neighbourhood watch groups mobilised to thwart arrests of anti-coup activists and the United Nations (UN) demanded the release of ousted leader Aung San Suu Kyi.The army takeover that brought a decade-old democracy to an end last week has unleashed a storm of anger and defiance, with huge daily protests bringing urban centres around the country to a standstill.Since taking Suu Kyi and her top allies into c The world should be prepared for the coronavirus to continue to circulate long-term despite the roll-out of vaccines, the head of the European Union’s (EU) European Centre for Disease Prevention and Control (ECDC) health agency, Andrea Ammon, said on Friday."We should be prepared that it will remain with us," the head of the Stockholm-based health agency said in an interview with AFP."It seems more likely that it would stay. Myanmar Under Pressure At UN

The United Nations’ (UN) top rights body demanded Friday that Myanmar's military restore civilian rule and immediately release Aung San Suu Kyi.In a resolution adopted without a vote, the 47-member Human Rights Council called for "the immediate and unconditional release of all persons arbitrarily detained," and "the restoration of the elected government."&nbsp;Traditional allies of the Myanmar military, China and Russia, meanwhile disassociated themselves from the United States (US) President Joe Biden revealed Thursday that his first phone call with Xi Jinping lasted a marathon two hours, during which he challenged his Chinese counterpart on human rights, trade and regional muscle-flexing.But an increasingly assertive Xi pushed back, according to Chinese state media, telling Biden that issues such as Beijing's crushing of opposition in Hong Kong and saber-rattling on Taiwan are China's "internal affairs.""Last night, I was in The United States (US) on Thursday slapped sanctions on the leaders of Myanmar's junta, warning that more punishment could come even as the generals in Yangon ordered demonstrators to get back to work or face "effective actions".As Myanmar was preparing for a seventh consecutive day of anti-coup rallies, the US Treasury Department announced it was blocking any US assets and transactions with 10 current or former military officials held responsible for the 1 February coup.Demons Lunar New Year In A Pandemic