Donald Trump and Kim Jong-un meet Wednesday in Hanoi for the second date in an unlikely friendship that the United States (US) president hopes will push North Korea's reclusive leader closer to reaching a deal on his nuclear arsenal.Trump touched down late Tuesday on Air Force One after flying half way around the world from Washington, while Kim arrived earlier, following a two-and-a-half-day train journey from Pyongyang.On completing their marathon trips, the protagonists of internation Jovial North Korean leader Kim Jong-un grinned and waved as he walked the red carpet from a Vietnamese rail station Tuesday, as flag-waving children and white-uniformed honour guards greeted him after a marathon two-and-a-half-day rail journey across China.Wearing his trademark Mao-style black suit, Kim disembarked from his olive-green armoured train surrounded by a crush of security and aides as the guards presented arms.Emerging from the station, he was met by a military band and a swarm of Come April 2020, Vietnam will become the third country in ASEAN to host a Formula 1 Grand Prix – a major status symbol for the Communist state. 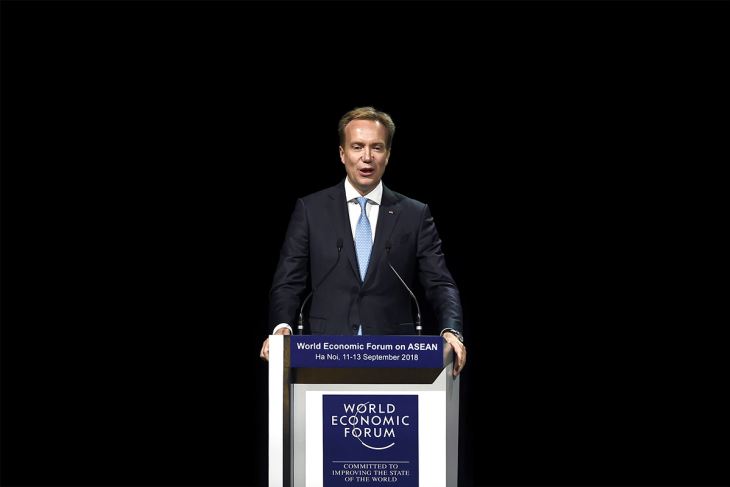 After three days of discussions and meetings, the World Economic Forum (WEF) on ASEAN in Hanoi, Vietnam concluded today. Hanoi is a city rich in history and culture that has been occupied by foreign forces in the past. From being ruled by ancient Chinese dynasties and the French in the 19th century to surviving a war with the United States (US). Because of its chequered past, the city has unique characteristics – its buildings and food are influenced by the French while its culture has been influenced by the Chinese.Today, Hanoi is undergoing another major transformation. The city of Hanoi is choking in air pollution and its city council hopes to reduce it by banning motorcycles from the inner city by 2030. The city aims to remove some 2.5 million old motorcycles from its streets between now and 2020.Hanoi, with an estimated population of 7.8 million people, is considered one of the most air polluted cities in Southeast Asia with its air quality consistently rated as “Moderate” to “Unhealthy” throughout 2017. The death toll from devastating floods and landslides in north and central Vietnam has jumped to 54, officials said Friday, in one of the deadliest weather disasters to hit the country in years.Rescuers were desperately searching for 39 people still missing after heavy rains pounded several provinces this week, with forecasters warning of another major storm heading toward the country. Vietnam turns seventy-two today. A country once ravaged by war and charmed by the ideals of communism, Vietnam now boasts an ever-thriving population of 96 million citizens consisting of various ethnic groups and linguistic backgrounds as the nation celebrates its independence.