Depending on who you listen to, the 580,000 tonnes of radioactive waste at Lynas’ rare earth processing plant in the Malaysian state of Pahang is either going to cause harm to generations to come or is part of the Australian company’s policy of causing “zero harm”.Currently the hottest environmental debate in Malaysian, the government’s decision last week to extend the company’s licence for another six months has turned up the heat on the issue as Lynas has yet to remove waste containing low 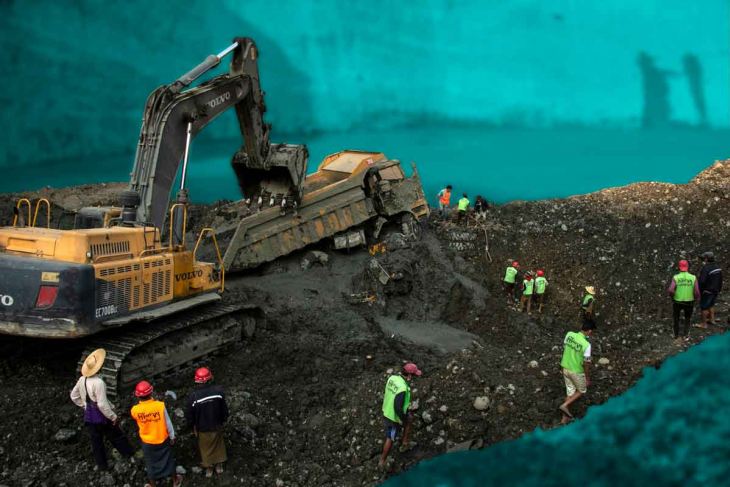 13 dead in Myanmar jade mine landslide

At least 13 jade mine workers and security guards in northern Myanmar were killed in a landslide Sunday, authorities said, as rescuers frantically searched for more victims.Dozens die each year in landslides caused by jade mining, a dangerous and poorly regulated industry in Kachin state between the country's borders with China and India.Myanmar's fire services department said in a Facebook post the accident happened in the early morning in Hpakant township."We have sent two in An expert's guide to navigating the world of Bitcoin

Elaine Ou, a blockchain engineer and Bloomberg View columnist, answered questions about cryptocurrencies from Bloomberg Terminal customers in a TOPLive chat on Tuesday with Julie Verhage, who covers markets for Bloomberg News. Since then, bitcoin has skyrocketed to new heights and Cboe Global Markets Inc. plans to launch bitcoin futures trading on Sunday. Here's a lightly edited transcript.Verhage: Bitcoin and other crypto-assets have had crazy runs this year. Freeport-McMoRan signalled it’s made progress with Indonesia on how to value its flagship Grasberg mine, but warned that the final stages of divestment negotiations are complex.“We are working with the government to have a complete resolution of those issues, and the current goal that we’re both working on is by the end of the year,” Chief Executive Officer Richard Adkerson said from Jakarta during a two-hour long earnings call that was, once again, dominated by questions about Indonesia. Three wounded in shooting near US mine in Papua

At least one gunman has wounded three people near a huge Indonesian gold and copper mine owned by US firm Freeport-McMoRan, the company said Sunday.The attacks occurred near the vast Grasberg mine in Indonesia's rugged eastern province of Papua.Mysterious shooting ambushes on the roads surrounding the company's massive open-pit mine are not uncommon and have resulted in deaths in the past.The attacks on Saturday injured two policemen and a security contractor, according to Freeport As Freeport-McMoRan celebrates an arrangement to end a multi-year dispute with Indonesia over the giant Grasberg mine, investors are fretting over the costs.Shares in Phoenix-based Freeport fell the most among mining peers on Tuesday after the company said it reached an “understanding” with the government of Indonesia that will allow it to continue to operate its flagship copper-and-gold asset through 2041.Under the terms of the deal, Freeport will divest an additional 41.64 percent of PTFI, US mining giant Freeport-McMoRan said Tuesday it had agreed to divest a 51 percent stake in its Indonesian unit, bringing an end to a fierce standoff with the country's government over mining rights.The agreement will allow the firm to continue operating its vast copper and gold mine in Indonesia's Papua province until 2041, but requires it to build a smelter and to give the government a majority stake in the operation."We have agreed to increase Indonesian owners from the curr