I was recently stunned to learn of the serious consideration being given to deliberately infecting human volunteers with the SARS-CoV-2 virus in order to assess the effectiveness of potential COVID-19 vaccines.

My first reaction was that the advocates of such “human challenge studies” had gone so mad with panic that they had forgotten the history and horrors of medical experimentation on humans. But on closer inspection, I saw that they included some of the world’s most respected vaccine researchers and medical ethicists, and even the World Health Organization (WHO).

As far as I can tell, their principal argument is that waiting for an answer from naturally occurring infections will take too long. The new coronavirus has already infected 6.5 million people worldwide and killed more than 386,000, including 107,000 in the United States (US) alone. And in the absence of safe, effective vaccines and treatments, measures aimed at controlling the virus’s spread are ruining economies around the world. The WHO’s recent white paper on the use of human subjects for vaccine research makes it clear that such trials are a desperate last resort.

Vaccines are indeed the most effective medications we have. Some have conferred long-term immunity against great scourges such as smallpox, polio, typhoid, diphtheria, typhus, and tetanus. But there are just as many diseases for which no truly effective vaccine exists, including HIV/AIDS, malaria, and tuberculosis. And some vaccines can do more harm than good, as attempts to develop a dengue vaccine have demonstrated.

Caveats notwithstanding, the rush to develop a COVID-19 vaccine that will definitively end the loss of life and stop the economic devastation has already produced more than 100 candidates, all in very early stages of development. With so many pharmaceutical companies and governments scrambling to get some skin in the game, each day seems to bring announcements of new programs, most of them unaccompanied by supporting data.

But deliberately infecting volunteers with SARS-CoV-2 to test the efficacy of vaccine candidates is unnecessary, uninformative, and unethical.

Most vaccines are developed in the context of active epidemics. But one prominent British researcher recently opined that there is only a 50 percent chance that enough people in the United Kingdom (UK) will be infected with the virus for the University of Oxford vaccine field trial (as currently designed) to yield a statistically significant result. What a curious statement. Does it mean that the trial is too small, or too short, or that the Oxford team expects their vaccine to be only partly effective – or all three?

After all, there is no shortage of new infections. On an average day, close to 100,000 newly confirmed cases are reported worldwide, and I cannot recall another disease for which such a number was insufficient for a field trial of a drug or vaccine. Surely, with more time and patience, a real test is possible.

Moreover, the major departure from the norm entailed by human challenge studies presupposes a lack of alternative means to control the pandemic. But many East Asian countries, as well as some Nordic states, New Zealand, and Australia, have so far successfully controlled the virus in the absence of highly effective drugs or vaccines. And Wuhan, the Chinese city where it originated, is now essentially free of COVID-19, save for minor, containable flare-ups.

Although not every country is capable of implementing what works, all should try their best to control the pandemic through proven methods, rather than pinning their hopes on a vaccine that either will be slow in coming or may not work at all. In addition, medical ethicists should consider governments’ moral obligations to protect citizens through proper use of public-health measures, rather than by opening a Pandora’s box of unnecessary human experimentation.

Challenge studies are also uninformative. To the best of my knowledge, all current protocols for vaccine trials envisage enrolling only young, healthy adults. This is understandable from a recruitment perspective, but COVID-19 morbidity and mortality are highest among the elderly, who have a plethora of underlying chronic diseases.

Numerous studies have shown that vaccines that are effective among the young can fail in older populations – sometimes completely. Our bodies’ ability to respond to most, if not all, vaccines declines precipitously with age. Are today’s COVID-19 vaccine developers seriously entertaining the idea of trials that use a live virus in this vulnerable population?

Furthermore, preliminary studies using non-human primates have already shown that potential vaccines may not provide complete protection; when confronted with the virus, the vaccinated animals were spared serious infection of the lungs, but not of the nasal passages. The same was true of the wide variety of vaccine candidates previously developed for severe acute respiratory syndrome (SARS) and Middle East respiratory syndrome (MERS), also coronaviruses. And the implications of partial protection for both community spread and human disease are not well understood.

Finally, human challenge trials are unethical. SARS-CoV-2 causes multi-system disease in about 20 percent of those infected, and the incidence may be even higher in challenge studies, given the large virus doses likely to be used. Infection may permanently damage the heart, lungs, brain, and kidneys, in the young as well as the old. Moreover, once someone is infected, there is no known drug that completely cures or even ameliorates COVID-19, much less reverses serious damage. And because it is extremely unlikely that all vaccine candidates will work in all trials, a number of volunteers will be permanently harmed.

If such trials are unnecessary, uninformative, and dangerous, then they are by definition unethical. I fear that in the rush to find a “medical miracle” to end the pandemic’s toll in human lives and livelihoods, we will jeopardise the centuries-old moral imperative to do no harm, possibly destroying trust in the integrity of science and medicine for generations to come. In that case, the losses we will face will be far greater.

Are We Any Closer To A COVID-19 Vaccine?

Has A Secretive Institute Found A COVID-19 Cure? 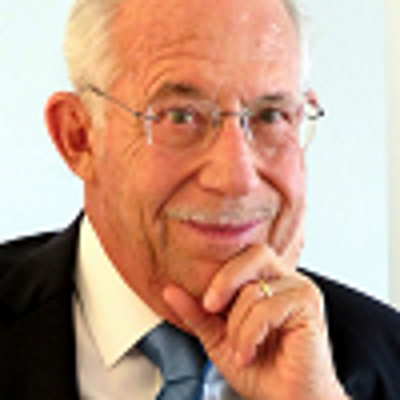