Would you believe that the coronavirus was developed by a government to weaken its foreign rivals? Or that “patriots” created it to foment a revolution against “big government” and the “deep state”? Sadly, far too many people who have encountered such disinformation online have shared it with their friends and family.

Nonetheless, we are learning more about who produces fake pandemic news, and how to stop its circulation. In addition to the health-care workers risking their own lives and the scientists working on treatments and a vaccine, another branch of the COVID-19 response also deserves recognition. Over the past few years, the world’s fact checkers have developed a capacity to spot and label lies circulating in the public sphere.

Now, they have turned their attention to junk news about the COVID-19 crisis, helping social-media platforms move more quickly to dispel and discourage rumours, misinformation, and conspiracy theories.

At the Oxford Internet Institute, we are tracking the large-scale, multi-platform flood of COVID-19 misinformation produced by authoritarian regimes. State-backed news outlets in China, Iran, Russia, and Turkey have substantial global audiences, and theoretically could reach one billion social-media accounts with English-language content. Although some of these accounts are fake, the content is being shared across networks of tens of millions of real users.

The disinformation outlets tend to produce less content than independent, professional news outlets do, but they can attract as much as 10 times the effective engagement with the material they turn out. Unlike more responsible publishers, they are actively politicising health news and information to tap into pre-existing fears and frustration.

By criticising democracies as corrupt and incompetent, praising authoritarian leaders’ global leadership, and promoting conspiracy theories about the origins of the coronavirus and the motives of international health agencies, they are trying to shape – or at least muddy – the global narrative as much as possible.

Of course, similarly distracting narratives are also emanating from the world’s democracies. In the United States (US), the Trump administration has emphasised the fact that the virus originated in Wuhan, China – a point that is largely irrelevant to finding a cure or organising a public-health response. The only reason to fixate on the Wuhan connection is to politicise the crisis or promote stereotypes about ethnic Chinese.

That’s the bad news. The good news is that we now know where the disinformation is coming from. By analysing a large sample of health-related COVID-19 lies, we found that one in five can be sourced to politicians, celebrities, and prominent public figures, and that a huge proportion of the misinformation is being propelled by media agencies controlled by authoritarian governments.

We also know that the civic response has been aggressive. A global community of fact checkers that came together after the United Kingdom’s (UK) Brexit debate and the US presidential election in 2016 has rapidly pivoted to checking health information. While volunteers in the UK track misinformation through the Infotagion project, their American counterparts are developing a database of legitimate COVID-19 testing sites.

With many credible fact-checking organisations cataloguing lies, there was a nine-fold increase in health-news fact checks between January and March of this year.

Unlike in 2016, social-media platforms are responding. The majority of social-media posts that fact checkers have deemed false have either been removed or affixed with a warning label. But the response has varied widely across the major platforms. According to a study (of which I was a co-author) from the Reuters Institute at the University of Oxford, 59 percent of Twitter posts rated as false remain up, compared to 27 percent of false postings on YouTube, and 24 percent on Facebook.

For the individual user, the longstanding advice for newsfeed hygiene remains the same. Don’t forward, like, or share information unless you’ve spent some time inspecting the source and thinking about the claims. When you engage with friends and family, share only what you know to be factual, and avoid sensationalist, conspiratorial content or commentaries posing as news stories.

You should also diversify your information sources, and avoid overloading on political commentary. We should also all be mindful of the panic-inducing effect that comes with constant consumption of COVID-19 news. Undue anxiety can send us searching for hidden and speculative explanations, which we will then be more likely to share.

You are better off checking just once per day for updates from a few trusted authorities. If you are looking for public-health advice, consult the websites of the US Centers for Disease Control (CDC) and Prevention and the World Health Organization (WHO).

As we fight the virus, we also must battle junk pandemic news and misinformation. The dissemination of politicised health messages is especially dangerous, as are attacks on credible public agencies and trustworthy, professional news organisations. We need to do everything we can to ensure that people are making the best choices for their own health and the health of those around them.

If you are healthy and confined at home, consider joining the resistance. The simple act of not sharing junk health news that pops up in your feed is already a major contribution. The more people help to bend the misinformation curve downward, the healthier we and our social networks will be.

Fake News A Concern Amid Pandemic 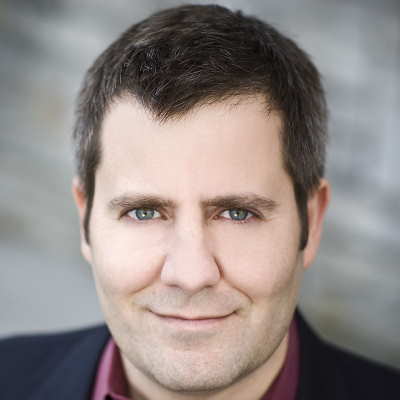 Philip N Howard is a professor at the University of Oxford and author of the forthcoming Lie Machines: How to Save Democracy from Troll Armies, Deceitful Robots, Junk News Operations, and Political Operatives.