Russia has offered to share its Sputnik V vaccine production technical know-how with Malaysia, according to reports by local media in the ASEAN member state. This is a refreshing development against a dominant backdrop of “vaccine nationalism” and news of governments claiming that COVID-19 vaccine producers are bullying them with unreasonable demands.

Syed Jaymal Zahiid, a senior correspondent for a Malaysian daily mentioned that “to date, Russia is the only country that has made such an offer to Malaysia”, which could be true depending on the specifics of the offer.

He tweeted that the Russian offer is “…bundled in the deal for Sputnik V” whereby Russia’s ambassador to Malaysia, Naiyl M Latypov, mentioned that his country’s offer included collaboration in “capacity building, technology sharing and research and development of vaccines with Malaysia”.

But as far as producing Sputnik V goes, countries like Brazil, China, India, and the Republic of Korea could also be producing it, according to market and consumer data portal Statista.

Euronews, a European-based news portal, also reported that Italy would join the pack as the first EU country to produce the Russian vaccine by July.

It was also reported by Reuters that Malaysia's largest pharmaceutical group, Pharmaniaga has a deal with Sinovac from China for its CoronaVac vaccine which includes the fill-and-finish process being carried out in Malaysia. Pharmaniaga stated that it has a local manufacturing deal, through a licensing agreement with Sinovac for its technology and know-how.

Local production deals such as those associated with vaccine producers from Russia and China could be mutually beneficial. Malaysia’s geographical advantage makes it a great hub for any exports including vaccines, as it is centrally located in the heart of the Asia-Pacific region. It’s also mutually strategic as it was reported that aside from Singapore, other counties in the region have also shown interest in Sputnik V.

It is unclear how these deals are packaged but it is assumed that they are done through some sort of licensing arrangement. Technology transfer associated with the purchase of more affordable vaccines that are inclusive of significant capacity building, investments, collaborative research and development could be a middle ground between complete waiver of intellectual property – which is strongly opposed by pharmaceutical giants and most high-income countries – and complete concentration of manufacturing in only a few select locations in the world.

Such models allow for global vaccine production scale-up and for manufacturing countries to have the ability to produce vaccines for themselves, effectively reducing reliance on other nations. Depending on factors such as volume and contractual obligations, Malaysia’s participation as a producer could alleviate global supply bottlenecks in a future scenario.

Sputnik V which is produced by the Gamaleya Research Institute of Epidemiology and Microbiology is still under review by Malaysia’s National Pharmaceutical Regulatory Agency (NPRA) and is being assessed primarily for safety, efficacy and efficiency. That being said, there are also strategic considerations that should be taken into account in vaccine portfolio strategy.

An ideal vaccine would be one that is safe, efficacious, effective and affordable. On top of that, it should be nimble enough to be updated in case of virus mutations, or in case of new pandemics and biological threats. Deal sweeteners include local production, especially if it involves latest technology transfer deals at reasonable costs, capacity building, research and development and perhaps investments.

At the moment, Russia’s Sputnik V offer appears to fit some of these criteria, pending further details on the deal and the NPRA’s assessment. The reported efficacy in the interim analysis of Sputnik V’s Phase 3 clinical trials was 91.6 percent, putting it on par with the likes of Pfizer and Moderna.

Since other countries have approved and used Sputnik V, it’s probably best to observe them and to obtain more data on real-world experience with the vaccine. It’s been reported that about 50 countries worldwide have placed orders for Sputnik V.

Russa’s offer on top of its vaccine supply deal could potentially pave the way for Malaysia to achieve “vaccine independence”. Russia’s offer is a good opportunity with a partnership vibe instead of just a seller-buyer deal at arm’s length, which Malaysia should reciprocate and make full use of.

This could be one of the steps in addressing a critical area of Malaysia’s national security and in line with Malaysia’s aspiration to develop local capabilities towards its own vaccine production capabilities in the future. Though it can alleviate over-dependency on other countries, achieving vaccine independence will take more than just offers of manufacturing license and tech-transfers.

Vaccine development from lab to large scale production can take a long time, be very costly and is often associated with very low success rates. Enormous financial and intellectual resilience are the norm in vaccine research, development and production capabilities.

Taking into account the reality of Malaysia’s current capabilities, it’s worth considering such partnerships to bridge the knowledge gap and financial burdens, which can help pave the way for Malaysia to increase internal standalone capabilities in the long run.

In preparation for potential future pandemics, the proposed National Vaccine Centre may be considered as a central platform for similar collaborations, but it will need to be supported with a critical mass of talents, which may require a reformed education system in Malaysia that prepares Malaysia’s future workforce with a revitalised interest in science and technology.

Afterall, these talents will be the true recipients of technology transfer, without which there can be no sustained capacity building.

In this particular case, it is clear that there must be a revival in the related fields of biotechnology, bioprocessing and biomedical sciences alongside other frontier technologies of the Fourth Industrial Revolution (4IR).

Highly skilled talents in these fields, supported with proper infrastructure and resilient financial backing can make full use of tech-transfer/capacity building offers such as the one from Russia paving the way to vaccine independence.

What We Know About Russia’s Vaccine 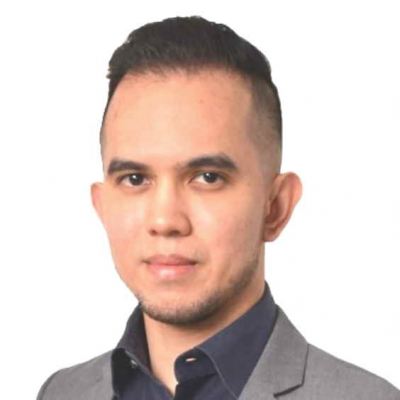 Ameen Kamal is the Head of Science & Technology at EMIR Research, an independent think tank focused on strategic policy recommendations based on rigorous research.