The Indonesian government’s plan to relocate the country’s capital from Java to Borneo has hit a wall amid the COVID-19 pandemic, with a top official saying they would “evaluate it or something” after the crisis passes.

But the government’s current focus on handling the COVID-19 outbreak has side-lined the project for the time being, according to Luhut Pandjaitan, the senior minister for investments and the president’s chief confidant.

“It is indeed stuck,” Luhut told local media on 14 April. “We can’t make any decision either, the president hasn’t evaluated it. Maybe after we’re done with COVID-19, we will evaluate it or something. We don’t know.”

The government had previously planned to start the first phase of infrastructure development for the new capital, which remains unnamed, in the second half of this year with a “soft ground-breaking.” It has set a 2024 completion date for this stage of the project; by 2045, it expects the new capital to be fully functioning, spread across 200,000 hectares, or nearly 500,000 acres.

The government has been widely criticised for its handling of the COVID-19 outbreak that has left Indonesia with one of the highest death rates from the disease in Asia outside China. As of 13 May, the central government has recorded 15,438 infections from the coronavirus and 1,028 deaths; local authorities and health experts agree the real numbers are likely many times higher.

Lack of testing has been a key problem: only 36,000 tests have been carried out in a country with a population of more than 260 million. By contrast, South Korea, with one-fifth the population and twice as many confirmed COVID-19 infections, has been carrying out up to 15,000 tests per day.

As recently as 24 March, preparations for the new capital were “still on track,” Luhut was quoted as saying. That prompted widespread criticism of the government’s priorities, exacerbated by the revelation that, also in March, the planning ministry allocated 85 billion rupiah (US$5.4 million) just to come up with the master plan for the new capital. The government has allotted 405 trillion rupiah (US$26 billion) for its pandemic response.

Activists have called on the government to focus on combating the outbreak, including by reallocating funding for more testing, treatment, personal protective equipment for health workers, and financial support for marginalised communities.

“The capital relocation plan is definitely not urgent, so it’s best to be put on hold,” Nur Hidayati, the national executive director of the Indonesian Forum for the Environment (Walhi), the country’s biggest green non-governmental organisation (NGO) said. “In fact, our organisation has always disagreed with the plan as it lacks solid reasons for the move.”

Walhi’s objections to building a new capital in East Kalimantan centre on concerns about the impact to the region’s environment, indigenous communities, and threatened wildlife, including critically endangered orangutans.

The province is already the site of industrial-scale forest clearing for mining, logging and oil palm cultivation. Large-scale road-building projects, ongoing and planned, threaten to fragment the region’s tropical rainforests even more, cutting off the forest corridors vital to wildlife movement.

Experts are also worried the move, with the attendant influx of hundreds of thousands of civil servants and other workers, will exacerbate social problems in Indonesian Borneo, which has a long history of deadly conflicts between the indigenous population and migrants from parts of Indonesia.

Walhi’s Nur reiterated that building the new capital would increase the rate of habitat loss and destruction of natural resources, and that this would in turn raise the risk of transmission of zoonotic diseases, much like COVID-19. She said the massive amounts of concrete, timber and steel needed to build the new city would spell disaster not only for the forests of East Kalimantan, but also other regions in the country from where those materials will have to be sourced.

If the project resumes, the government should include an epidemiological analysis in its environmental impact assessment, she said.

“We can’t continue on with the normal development models,” she said, “models that cause habitat destruction.”

This article was first published on 15 April, 2020 on Mongabay, a US-based non-profit conservation and environmental science news platform.

Jakarta: Is Relocation The Answer?

Can Indonesia Contain Its COVID-19 Outbreak? 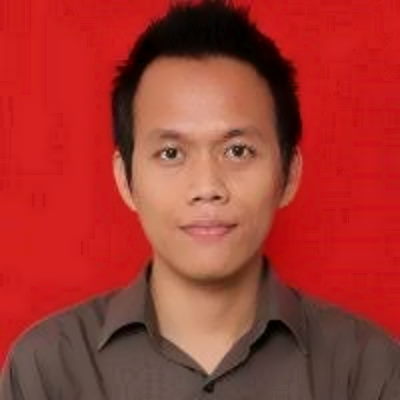