Malaysia is recognised globally for achieving the right balance between conservation and development. It has managed to retain 50 percent of total land area as tropical forest and at the same time, developed a timber export industry that is the envy of its Asian neighbours.

As a major producer and exporter of tropical timber products, the country achieved total export of timber and timber products of RM17.81 billion (US$4.4 billion) from January to October 2020, according to data by the Department of Statistics Malaysia and the Malaysian Timber Industry Board.

This is particularly significant as it occurred when the pandemic was raging around the world. It remains in line with the export of timber products over the past decade, which have averaged around RM20 billion (US$4.9 billion) annually, thus reflecting the industry’s importance to Malaysia’s economy.

More than 50 percent of Malaysia’s landmass is still blanketed by forests after 63 years of post-independence nation-building. So how did a country that relied so heavily on its primary resources, manage to maintain so much of its forest amidst population growth, meeting the demand for more infrastructure and pressure to extract more timber?

The answer lies in the far-sighted vision of the country’s leadership towards sustainable development.

The pandemic has brought to the forefront new studies on forests and their importance to the overall wellbeing of the planet.

Malaysia is well equipped to be an example for other Asian countries on how to maintain the right balance between conservation and development.

The FAO also added that “the tropical forests in Malaysia are important national treasures and will continue to play important roles in ensuring the stability of the ecosystem and are closely linked to the socioeconomic development of the country and the wellbeing of the people.”

These natural treasures, undoubtedly, need to be properly managed in perpetuity to ensure that the forest ecosystem can continue to function in terms of tangible and intangible benefits, such as timber, clean water supply, fresh air, biodiversity, storehouse of genetic materials, maintaining a sizable carbon stock, and providing critical function in stabilising the world’s climate.

All this adds to the big picture that Malaysia will showcase at Expo 2020 in Dubai which starts on 1 October, 2021, delayed for a year by the pandemic.

The achievements of the forestry sector will be encapsulated by Malaysia’s theme for the Expo, “Energising Sustainability.” Depicting the country’s seriousness and commitment to climate change mitigation and forest conservation, Malaysia will present a rainforest canopy-inspired net zero carbon pavilion.

More importantly, going forward, Malaysia says it’s ready to engage with other participating countries, businesses and the anticipated 25 million visitors in exploring new and innovative ideas and initiatives in its endeavour to continue to be the leading tropical country in conserving forests for the shared prosperity of humankind.

The Expo theme is in line with the tagline “Pushing Boundaries Advancing Sustainability” that the Malaysian Timber Certification Council (MTCC) used for its 20th Anniversary in 2019. The celebration moved its former Minister of Primary Industries, Teresa Kok, to say: “I am optimistic that MTCC will continue to excel in its efforts to promote the implementation of sustainable forest management through certification in Malaysia.”

Central to this is the role played by the Malaysian Timber Certification Scheme (MTCS) – managed by MTCC - when in 2009, it became the first certification scheme for tropical forests in the Asia Pacific to be endorsed by the Programme for the Endorsement of Forest Certification (PEFC), the world’s largest forest certification system.

Malaysia might have been the first country in Asia for PEFC, but its good example has encouraged others. PEFC is seen as the choice for setting national standards in forest certification by other ASEAN members - Thailand, Vietnam, Myanmar and Indonesia – as well as for Japan, Korea and China.

But Malaysia has also continued to set the scene in Asia for sustainable forest management. It was awarded the Gold Medal for achieving the biggest increase in PEFC-certified forest area in 2020 – the best in the world - with over 950,000 hectares in 10 forest management units in the states of Johor, Sabah and Sarawak.

At PEFC's 25th General Assembly last year, held virtually for the very first time, the Awards ceremony went online too. More than 100 representatives called in from all over the world to learn that Asian member countries won the top three PEFC awards for 2020. For top prize winner Malaysia, this represented an annual increase of over 20 percent, taking the PEFC-certified forest area in Malaysia to over 5.2 million hectares.

Besides PEFC’s recognition, the FAO also acknowledges that “the key objective of forest management in Malaysia has been to ensure the continuity of product flow, while conserving the complex ecosystems and maintaining the rich and varied flora and fauna. Sustainable Forest Management (SFM) remains the common policy thrust in Malaysia, in line with the sustainable development goals.”

As a resource-rich country, Malaysia’s primary industries, most notably forestry, are a significant part of the economy, but at the same time, it is vital to sustain its tropical rainforests for the future.

Ensuring a balance between the development of the timber industry and the conservation of forests – numbered among the world’s oldest forests – is the role of certification according to MTCC chairman, Kamaruzaman Mohamad.

“Ensuring proper balance between development and nature preservation is not a walk in the park, especially when Malaysia depends on timber resources as one of its income earners,” he said.

Tropical regions of the world contain the highest percentage of forests – 45 percent according to the FAO.

The area of primary forest has decreased by 81 million hectares since 1990, but the rate of loss more than halved in 2010 to 2020 compared with the previous decade.

It’s worth pointing out that Malaysia’s leadership in Sustainable Forest Management in the region and its 20-year involvement with forest certification, has helped the PEFC achieve the highest ranking in the 2020 assessment against ASEAN’s Guidelines for Promoting Responsible Investment in Food, Agriculture and Forestry (ASEAN RAI), thanks to its coordinated national and regional approach.

Which all goes to emphasise that for Malaysia in its achievements in Sustainable Forest Management, along with its support for the timber exporting industry, have gone hand-in-hand with its record in the conservation of natural forests.

A perfect fit for the future, too.

The Critical Roles Forests Play In Our Survival

Deforestation: A Threat To The Heart Of Borneo 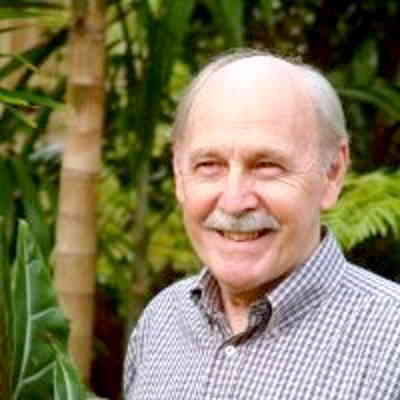 Ken Hickson is an author, advocate and advisor on sustainability and communications, based in Singapore, where he has lived for 27 years. He started out on a career in media in Wellington, New Zealand 59 years ago and has worked as a journalist/editor in newspapers, radio, television and magazines. He is the author of seven books, including “The ABC of Carbon” and “Race for Sustainability”.