The oft-repeated idea that COVID-19 is “the great equalizer” is a myth. There is no equality of suffering or equality of sacrifice during a pandemic that is disproportionately hurting the poorest and most vulnerable.

And while the health emergency has disproportionately harmed the elderly poor, the unprecedented education crisis caused by the pandemic is now hurting the poorest children hardest and creating a generation that will lose out on learning. Lockdowns and other social-distancing rules have forced schools all over the world to shut their doors, affecting a peak of nearly 1.6 billion children. But while wealthier children have had access to alternatives, such as online learning, the poorest do not.

The world’s least-advantaged children – for whom education offers the only escape route from poverty – have thus fallen further behind, placing the Sustainable Development Goal 4 (SDG 4) of ensuring inclusive and equitable quality education for all by 2030 even further out of reach.

Even before the pandemic, the world was falling short of this goal. Globally, nearly 260 million children were out of school, and 400 million dropped out after the age of 11. In some regions, such as rural Sub-Saharan Africa, few girls were completing secondary school, not least because of widespread child marriage. Nearly 50 countries have no laws banning child marriage, and many more fail to enforce their bans. As a result, about 12 million school-age girls are forcibly married off each year.

When schools reopen, there is a good chance that many poor children will never return. Poverty is the biggest reason why children don’t attend school, and the economic repercussions of the COVID-19 crisis will far outlast lockdowns, especially for the poorest people.

The likely result is that more children will be pushed into the ranks of the 152 million school-age children forced to work, as 14 countries still have not ratified the International Labor Organization’s (ILO) minimum-age convention. And even more girls will be forced into early marriage. When the West African Ebola epidemic that started in 2014 closed schools in Sierra Leone, the number of 15-19-year-old-girls who were pregnant or already mothers nearly doubled, rising from 30 percent to 65 percent. Most of these girls never returned to school.

With the right policies in place, economies will start to recover, jobs will slowly be restored, and social-protection policies will ease the poverty of the unemployed. But there is little protection against the effects of a foregone education, which can last a lifetime.

As it stands, more than half the world’s children – nearly 900 million boys and girls – are unable to read a simple text by age 10. That is 900 million children who do not receive the knowledge and skills needed to improve their economic lot as adults. If we do nothing to help “Generation COVID” make up for lost time, that figure could easily approach one billion or more. When schools in Kashmir closed for 14 weeks in the aftermath of the devastating 2005 earthquake, the most affected children lost the equivalent of 1.5 years of learning.

The recently published United Nations Educational, Scientific and Cultural Organization (UNESCO) Global Education Monitoring Report advises that children who have fallen behind need the kind of catch-up programs that in Latin America have increased educational attainment by up to 18 months since the 1990s. But the needed support will cost money. Unless we bridge the gap in education funding, SDG4 will remain out of reach.

UNESCO estimates that before the COVID-19 crisis, 50 countries were failing to spend the recommended minimum of four percent of national income, or 15 percent of the public budget, on education. Inadequate funding from governments and donors has meant that many of the 30 million refugee and forcibly displaced children age out of education without ever setting foot in a classroom, despite the efforts of Education Cannot Wait and other groups.

Likewise, intensifying fiscal pressure in developed countries will result in reductions in international development aid, including for education, which is already losing out to other priorities in the allocation of bilateral and multilateral aid. The World Bank now estimates that, over the next year, overall education spending in low- and middle-income countries could be US$100-US$150 billion lower than previously planned.

This funding crisis will not resolve itself. The quickest way to free up resources for education is through debt relief. The 76 poorest countries must pay US$106 billion in debt-service costs over the next two years. Creditors should forgive these payments, with a requirement that the money is reallocated to education, as well as health.

At the same time, multilateral financial institutions and regional development banks must increase their resources. The International Monetary Fund (IMF) should issue US$1.2 trillion in Special Drawing Rights (its global reserve asset), and channel these resources toward the countries that need them most.

The World Bank, for its part, should unlock more support by replenishing the International Development Association (or borrowing on the strength of it) for low-income countries, and by using guarantees and grants from willing aid donors, such as the Netherlands and the United Kingdom (UK), which stand ready to unlock billions in extra finance for education in lower-middle-income countries through the International Finance Facility for Education.

In the next few days, both non-governmental organisations (NGOs) and all international education organisations will begin “back to school” campaigns. Save Our Future, a new campaign launching in late July, advocates building back better, rather than restoring the pre-pandemic status quo. That means updating classrooms and transforming curricula, implementing effective technologies, and helping teachers offer personalised instruction. Making schools safer (over 620 million children lack basic sanitation services at their schools, which particularly affects girls) and ensuring school meals (a lifeline for 370 million boys and girls) would also ease the effects of poverty and improve educational outcomes. Save the Children will add to this pressure with its own grassroots campaign focused on debt relief to pay for education.

But investing in schools is only part of the solution. In Sierra Leone, support networks for girls halved the dropout rate during the Ebola crisis. In Latin American, African, and Asian countries, conditional cash transfers have boosted school attendance. The latest Global Education Monitoring Report advocates implementing similar programs today.

Generation COVID has already suffered immensely. It is time for the international community to give children the opportunities they deserve. Even when faced with momentous challenges, we remain committed to making ours the first generation in history in which every child is in school and learning. Both national governments and the international community must now step up collective efforts to achieve that goal.

EdTech For A Better Education 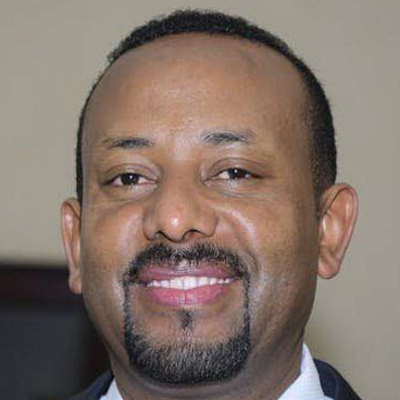 Abiy Ahmed, Prime Minister of Ethiopia, was awarded the Nobel Peace Prize in 2019. 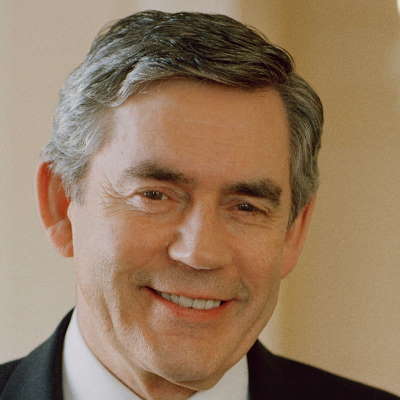 Gordon Brown, former Prime Minister and Chancellor of the Exchequer of the United Kingdom, is United Nations Special Envoy for Global Education and Chair of the International Commission on Financing Global Education Opportunity. He chairs the Advisory Board of the Catalyst Foundation.