“The security development is also affected by the great power; the South China Sea and Korean Peninsula conflict will affect the security and stability in the region.” These were the words of Indonesian Defence minister Prabowo Subianto at the 6th Annual Defence Ministers’ Meeting Plus, in Bangkok, Thailand.The newly elected Indonesian Defence Minister mentioned that the ongoing South China Sea&nbsp;conflict remains one of the biggest threats to Indonesia and the region. 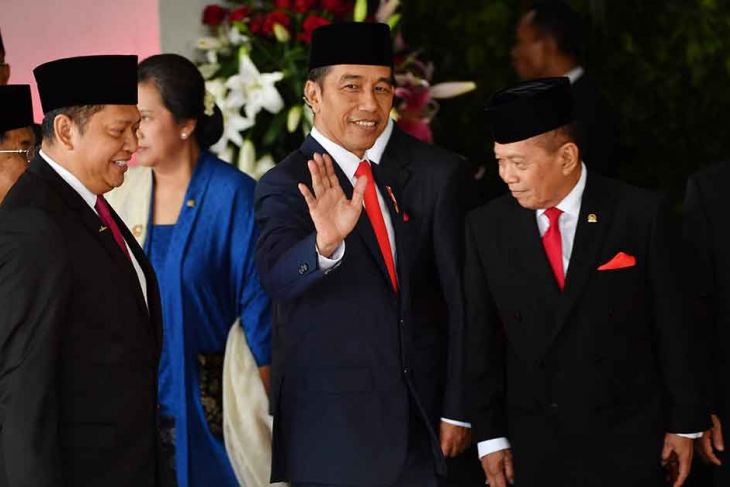 Jokowi says no to another term

Heading towards the end of last month, Indonesia’s People’s Consultative Assembly (MPR) had received proposals to revise constitutional provisions in order to increase the term of office for a president and vice president.&nbsp;The country’s current Constitution stipulates that a president and vice president may serve only two five-year terms in office, making for a maximum of 10 years.However, on 21 November, Assembly Deputy Speaker Arsul Sani revealed that proposals had been put forth f Ten people, including several teenagers, were killed in Indonesia’s post-election riots, the human rights commission said Tuesday, as it accused police of beating up protesters.In its final report on the May riots, the agency Komnas HAM said four victims were underage and most had been shot in the capital Jakarta and demonstrations in Kalimantan, Indonesia’s section of Borneo island.Indonesia’s rights commission called on police to find the perpetrators, who it suspected were “actors trained, Indonesian President Joko Widodo Wednesday named his election arch-rival – a former general accused of abuses – as defence minister, a move which dismayed human rights activists.Widodo unveiled his new cabinet at an informal presentation, with more than three dozen new ministers in eye-catching batik shirts sitting in front of the imposing neoclassical columns of the Merdeka Palace.Widodo, popularly known as Jokowi, beat Prabowo Subianto in April elections to secure another term as president 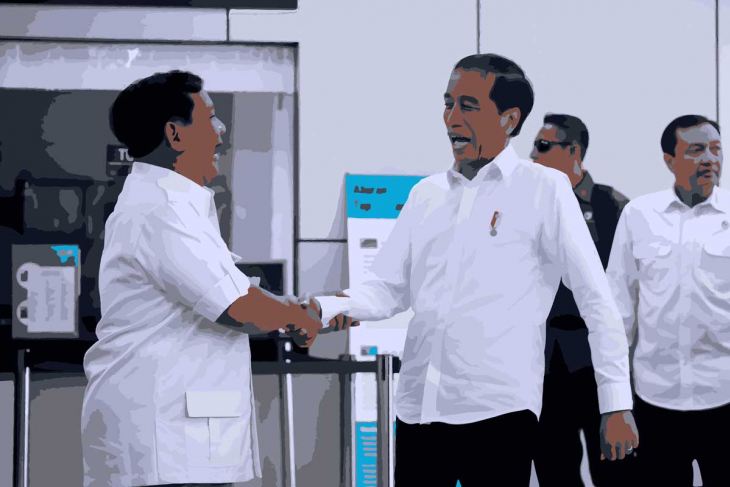 The winner and runner-up in Indonesia's presidential election which sparked deadly riots in the capital called for reconciliation on Saturday, in their first meeting since the vote.It comes two weeks after defeated Prabowo Subianto lost a court challenge to overturn President Joko Widodo's victory in the April election.&nbsp;On Saturday, the former general and the country's re-elected leader rode the newly-inaugurated mass rapid transit (MRT) system together in Jakarta.&quo Game over for Subianto

Indonesia's constitutional court Thursday rejected a bid to overturn President Joko Widodo's re-election victory and dismissed his defeated challenger's claims of widespread voter fraud as groundless.The court threw out the case lodged by ex-general Prabowo Subianto, saying he did not prove he lost the April vote because of widespread cheating and voter fraud – allegations that sparked deadly rioting in the capital of the world's third-biggest democracy."The plaintiff Indonesia’s president Joko “Jokowi” Widodo has done it again. Not only has he managed to hold on to his position for a second term, he beat his old rival Prabowo Subianto with an even bigger margin than he managed in 2014. At least six people were killed as Indonesia's capital erupted in violence when police clashed with protesters opposed to the re-election of President Joko Widodo.Police sirens blared as fresh skirmishes broke out Wednesday evening with thousands of protesters chanting and waving Indonesian flags in the heart of the capital.Some hurled stones and fireworks at riot police who lined up behind a razor wire barricade near the election supervisory agency building.&nbsp;Police pushed back Indonesia's Joko Widodo won another term as president of the world's third-biggest democracy, official results showed Tuesday, after his rival Prabowo Subianto, a retired general, alleged widespread cheating.The elections commission was expected to announce the final tally of the 17 April poll on Wednesday in the Southeast Asian nation of 260 million.But amid fears about unrest and street demonstrations in response to the final count, the official result was released early with litt One of Joko Widodo’s top political opponents said he’s open to working with the Indonesia president following a disputed election this month, raising hopes for a peaceful outcome.Sandiaga Uno, the vice-presidential pick of challenger Prabowo Subianto, said in an interview he would put national interest first no matter what the outcome of the 17 April election.Prabowo has refused to accept unofficial quick counts that show Widodo, known as Jokowi, has won a second term in office. A week after Indonesia’s election, the nation remains deeply divided with both candidates continuing to claim victory, prompting the authorities to warn against public displays of discord.President Joko Widodo and challenger Prabowo Subianto both say they’ve won the 17 April vote even though a dozen unofficial quick counts showed Jokowi, as Widodo is known, beating his rival by a margin of almost 10 percentage points. Sandiaga Uno: From loser to winner

Indonesia just recently held the world’s largest democratic election. While official results are still weeks away, the “quick count” places incumbent president Joko “Jokowi” Widodo at a comfortable position against his rival, former army general Prabowo Subianto.If Jokowi does end up becoming the victor, it will be his second term serving as the country’s president.