More professionals are joining the gig economy to look for additional income or a change of pace in work. The gig economy refers to the hiring of independent contractors and short-term workers by businesses. Southeast Asia’s internet economy has reached US$100 billion for the first time and is expected to triple by 2025.This year’s edition of the e-Conomy Southeast Asia report released by Internet giants Google, Singaporean sovereign wealth fund Temasek and global consultancy firm Bain &amp; Company last week showed how Southeast Asia’s internet economy has more than tripled in size over the last four years amidst a fundamental shift in the way people shop, eat and get around.&nbsp;Southe Vietnam’s growing reputation for cyber espionage has seen cybersecurity firms accuse the country’s state-sanctioned hackers of being responsible for attacks on everything from Toyota to the ASEAN Secretariat.While China, Russia, Iran and North Korea have long been the world’s most active state-sanctioned cyber espionage players, Vietnam is increasingly being implicated for similar activities.Vietnam was the fourth biggest source of credential stuffing last year – a sophisticated strike where Accessing everything from Wikipedia to Google Maps in Myanmar is about to get a lot easier when it finally adopts the universal code underpinning phone and online communication next week.Tech experts say the move to bring the country more in step with the rest of the digital world is crucial, but will cause "chaos" in a rocky transition period.Myanmar is the last nation to embrace unicode that has significant numbers of people online. Paedophiles a step ahead of Cambodia

Over the past few months, agents from the United States (US) Federal Bureau of Investigation (FBI) and Australian Federal Police (AFP) have been training Cambodian police to investigate online child sex abuse cases amid concerns that it is becoming more prevalent in the country. Internet inequality in the Philippines

Not all 4G wireless users are created equal. This was what Opensignal - a London-based company that specialises in mapping wireless coverage – found out recently when it analysed the fluctuations in 4G download speeds that its users in the Philippines experience throughout the day across different regions.In its recent 5G Opportunity report, Opensignal analysed the wide fluctuations in 4G download speeds experienced throughout the day on networks in 77 countries around the world. Cambodia’s paedophiles and the internet

Recently, Cambodia’s National Committee for Counter-Trafficking (NCCT) identified the nation’s capital and three provinces as locations where children are the most vulnerable to attacks from paedophiles entering the country as tourists. Google on Thursday said it disabled a series of YouTube channels that appeared to be part of a coordinated influence campaign against pro-democracy protests in Hong Kong.The announcement by YouTube's parent company came after Twitter and Facebook accused the Chinese government of backing a social media campaign to discredit Hong Kong's protest movement and sow political discord in the city.Google disabled 210 YouTube channels that it found behaved in a coordinated manner while uploa A homegrown Vietnamese social media app was overloaded with users hours after launching as the one-party state tries to boost its own web platforms while tightening its grip on internet freedoms.Gapo has been billed as a local version of Facebook, which is wildly popular in communist Vietnam with more than 53 million registered users in the country of 95 million.But the social media giant, along with Google, YouTube and other global tech firms, is facing stricter scrutiny after a draconian cy Southeast Asia’s e-commerce market is well on its way to exceeding Google’s prediction of hitting US$200 billion in value by 2025, with e-commerce players such as Lazada, Shopee, and Tokopedia expanding their efforts in the region&nbsp;to meet ever-growing customer demands. 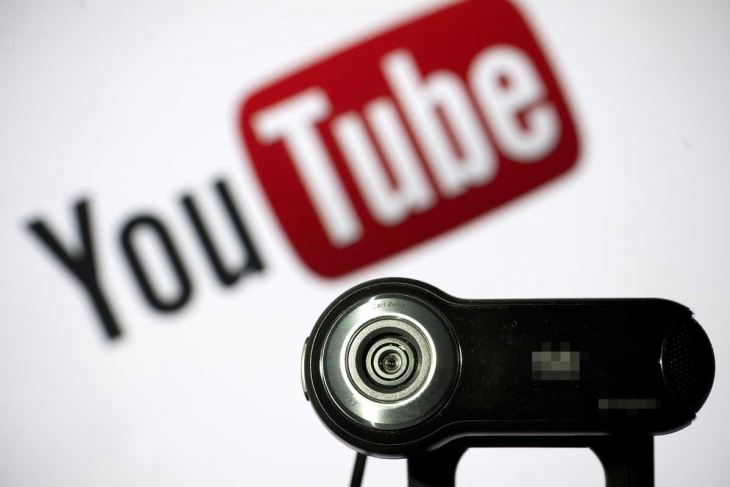 YouTube advertisers should stop posting on channels that feature "toxic" anti-state content, a Vietnamese official said Tuesday at a meeting with major brands including Yamaha and Grab.&nbsp;The communist country has tightened its grip on online dissent as critics turn to social media to air grievances about the one-party state.&nbsp;A controversial cybersecurity law passed last year calls for global tech giants such as Google and Facebook to scrub "toxic" content In the Philippines – where 76 million Internet users stay online the longest in the world – just a handful of people spend a few hours each day to fight fake news about the upcoming midterm elections.The Commission on Elections has formed a team of 10 government workers to spot and report misleading online posts to Facebook Inc., with whom the poll body has an agreement to quickly take down false information.