BMW: Driving into the future

Despite the big data, analytics and artificial intelligence (AI) inherent in the Internet of Things (IoT), human capital remains the most important asset for the BMW Group as it embraces Fourth Industrial Revolution (Industry 4.0) technology.&nbsp;The iconic German car manufacturer's Regensburg plant was recently chosen as a ‘Lighthouse of the Fourth Industrial Revolution’ by the World Economic Forum (WEF), a term it uses for 16 selected factories which have successfully incorporated Labour rights abuse on the rise

Labour rights violations in ASEAN are among the negative effects of an increase in production due to the ongoing United States (US)-China trade war which has resulted in a shift of some production from China to this part of the world. While the region is embarking on the Fourth Industrial Revolution, numerous industries in ASEAN still rely on labour-intensive factories. Malaysia’s medical tourism on a high

The Malaysia Healthcare Travel Council (MHTC) is targeting several new ASEAN markets and the Middle East as it continues to establish Malaysia as a leading global destination for healthcare.An agency under Malaysia’s Ministry of Finance, the MHTC is tasked with promoting Malaysia as a medical tourism destination under the ‘Malaysia Healthcare’ brand and has seen healthy growth in both the number of tourists visiting Malaysia to attend to their healthcare needs and the revenue generated by the The Fourth Industrial Revolution is a train that you either get on or you’ll find yourself being left far, far behind. ASEAN is aware of this. We’ve seen countries like Indonesia and Thailand take lessons from Germany’s model of a 4.0 economy. We’ve also seen countries like Malaysia invest large sums of money on the expansion of information technology (IT) infrastructure to provide an enabling environment for the growth of the digital economy. As we usher in the Fourth Industrial Revolution, also known as Industry 4.0 - like most other aspects of life - sports too has evolved with the times. AI and big data in the legal profession

Although widespread in industries from aerospace to waste management, Artificial Intelligence (AI), machine learning and big data are cutting-edge technologies not usually associated with the legal profession.Long considered a conservative profession, the legal trade is undergoing a shift thanks to Fourth Industrial Revolution technologies with AI an increasingly important tool in a law firm’s kit.With the Chief Justices of Malaysia and Singapore talking about increased AI use in their respec As the world celebrates International Women’s Day today, ASEAN must realise that it needs to do more to encourage greater female labour force participation.With data from the World Bank showing that the participation of females above the age of 15 in ASEAN’s work force was around 61 percent as of last September, it is obvious that the region’s economy has huge potential to grow if more women join the workforce.With the male to female population ratio in ASEAN standing at 49.8 to 50.2 in 2017 Southeast Asia is a region that’s vast developing. It has evolved from an agricultural society to one of the fastest growing regions in the world within the span of a century. One of the main drivers of such growth was due to Southeast Asia’s position as a low-manufacturing hub. This combined with cheap exports, provided the region with the necessary income to develop. However, in the past two decades, the world has seen the meteoric rise of China’s manufacturing industry. How 5G can transform Southeast Asia

Southeast Asia is fast becoming one of the hubs of the Fourth Industrial Revolution. Over the past five years, the region has established itself as a leader in implementing the latest technologies such as blockchain, artificial intelligence (AI), robotics, cloud computing and fintech among others. However, for such technologies to truly reach their fullest potential, the current state of the internet, simply will not be enough. For the past few years Malaysia’s automotive sector has proven itself to be one of Malaysia’s key industries. Figures from last year reveal that the sector played a significant role in the country’s economy, contributing 4.2 percent to the country’s total gross domestic product (GDP). On its own, the automotive sector continues to improve, demonstrating growth in many segments within the sector. 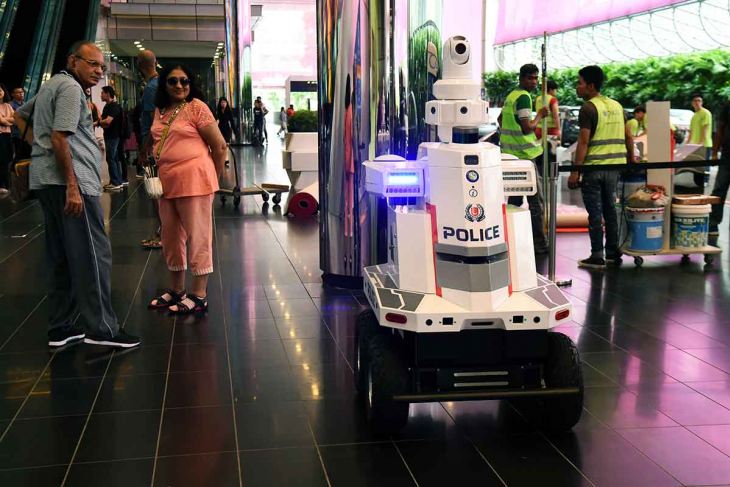 Singapore is the most competitive economy in the region, placing second overall in the World Economic Forum’s (WEF) Global Competitiveness Index behind the United States (US).Singapore is seen as an exemplary economy as the report showcased the importance of openness for competitiveness amid escalating tensions and backlash against globalisation.